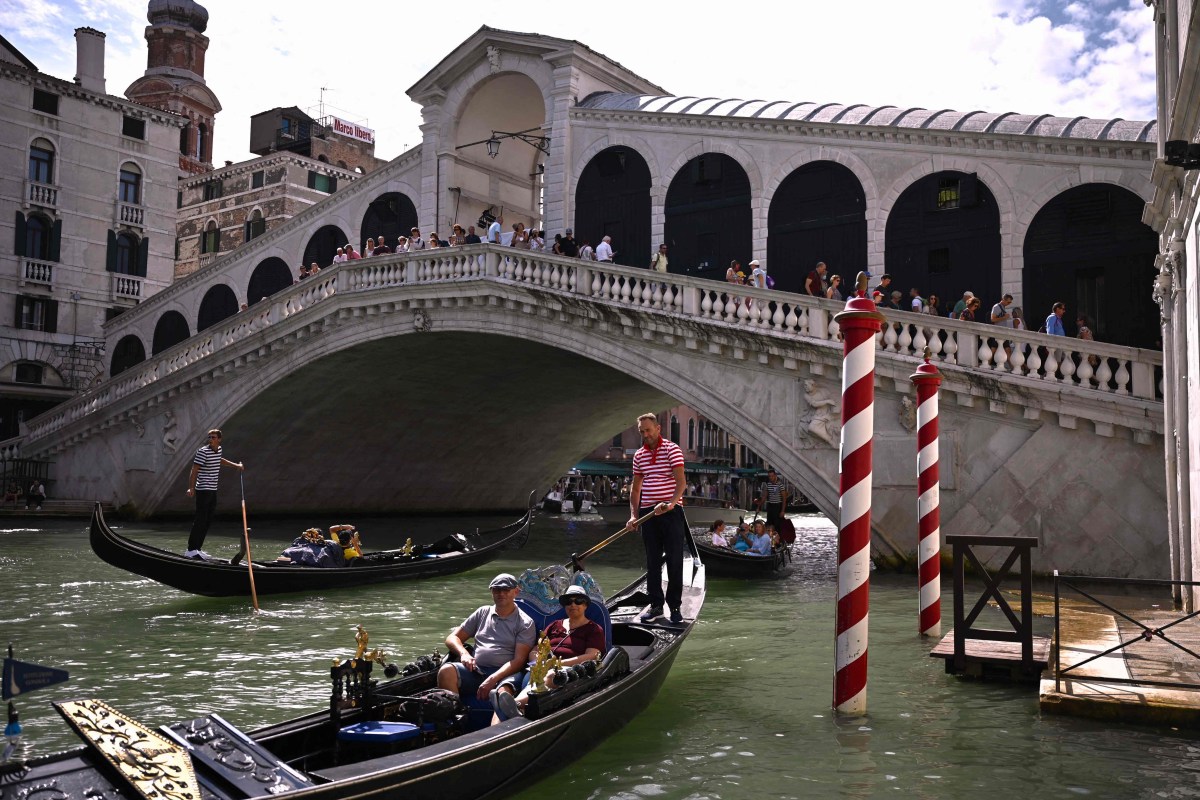 Venice tourists will soon have to PRE-BOOK

VENICE tourists will soon have to book in advance to visit the famous Italian city – and pay an entrance fee.

It will be the first city in the world to introduce a fee for day visitors, which will be regulated through a turnstile system.

The new program hopes to tackle the problem of overtourism that Venice suffered before the pandemic, as the number of tourists has already increased after Italy ended mandatory quarantine restrictions.

The new regime, first proposed in 2019, is expected to be applied from next summer.

If the city is too full, electric turnstiles will prevent tourists from entering.

Holidaymakers staying in hotels in Venice, as well as residents and children under the age of six will not have to pay the fee.

Mayor Luigi Brugnaro explained: “With the access fee, we will be able to use financial leverage to discourage people who have not reserved their access to the city.”

He added: “I expect protests, trials, everything […] but I have a duty to make this city livable for those who live there and also for those who want to visit it. “

Some locals disagree, Ventien actor Alessandro Bressanello calling the turnstiles “impractical and horrifying to the eye”, adding that they “would create chaos”.

Before the pandemic, up to 25 million tourists visited Venice per year, although the city has since introduced other rules to limit this.

Cruise ships have since been banned in Venice, which was once a popular stopping point for cruise passengers, while tourists are often fined hundreds of euros for breaking rules such as sunbathing on Venice steps or eat a picnic.

Earlier this year, the Italian city launched the Venice Smart Control Room which tracks tourist behavior, which hopes to control the number of visitors during peak season.

Inside the smart control room, tourist numbers can be tracked across Venice by working with telecom provider TIM, as well as where they are from by analyzing the country in which their mobile phone is registered.

The system can even track how fast you move around the city, which will highlight whether you are walking or running.

Tom Cruise jumps from boat to boat in Venice as he arrives on the set of Mission: Impossible 7
Share FacebookTwitterGoogle+ReddItWhatsAppPinterestEmail

Girl, 15, raped at sea in Bournemouth, talks about her ordeal