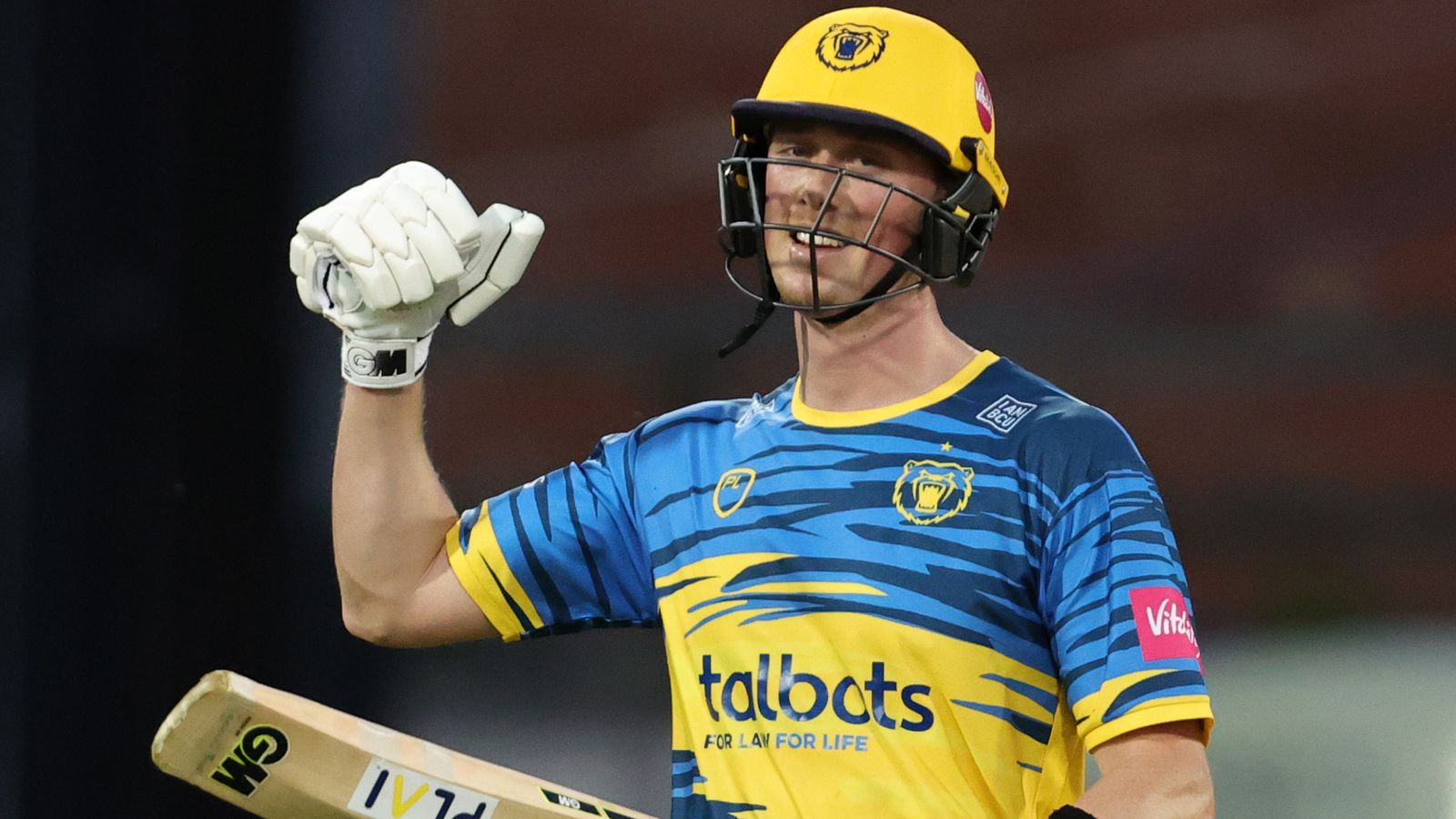 George Scrimshaw was Derbyshire’s hero as they held off Lancashire in a final thriller in the Vitality Blast, as the Birmingham Bears hammered Worcestershire 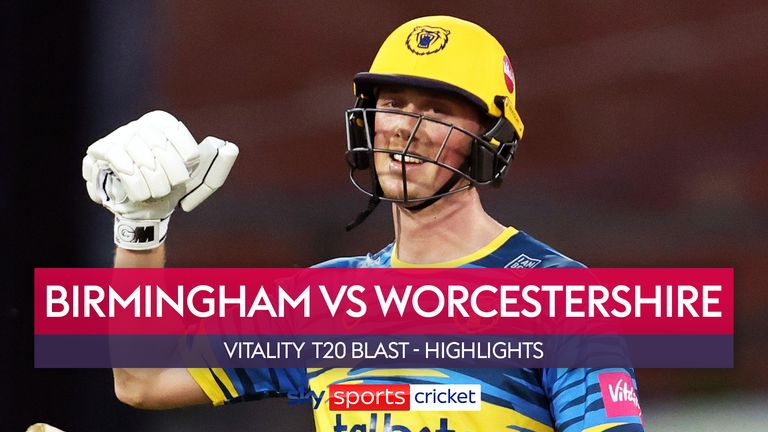 Birmingham Bears recovered from three for two to hammer Worcestershire by 144 points in the Vitality Blast.

Mitchell Stanley retired Alex Davies and Sam Hain for the Ducks, but Adam Hose hit an undefeated 110 on 53 balls, with 13 fours and four sixes, and was well supported by Dan Mousley with 53 for a whopping 228 for eight .

Danny Briggs then took four for 25 as Worcestershire were knocked out for 84, with Colin Munro providing the only resistance with 34.

Ben McDermott’s half-century led Hampshire to 178 for seven, helped by quick late runs from James Fuller (22) and Liam Dawson (20no), and they looked in control after downing their hosts to 48 for four .

There were still 47 to go from the final three overs and although Howell hit 34 from 13 to give his side hope, Chris Wood kept his cool as he defended 21 on the final overs.

Somerset beat Glamorgan by 16 runs in a seven-to-one game, with Tom Abell hitting 26-for-14 for a total of 75-for-six while Michael Neser took three-for-19.

Colin Ingram crushed 37 for 19 but Glamorgan’s answer was shifted to 59 for five as Ben Green took two for 13.

Joe Denly and Sam Billings propelled Kent to a six-wicket win over Sussex with both sides now out of contention for the quarter-finals.

Grant Stewart took three for 38 to limit Sussex at 158 ​​for eight, George Garton providing a late boost with 31 from 16 balls, and Denly then hit 58 and Billings 43 in a comfortable chase.

Aaron Beard more than emulated Topley with four for 29 as Surrey were limited to 155 for nine, Rory Burns topped with 37 while Chris Jordan hit 34 of 17 balls.

Harry Brook’s crushing 67 for 31 dug balls yorkshire out of trouble and propelled them into the Vitality Blast North Group qualifying places at the expense of Northamptonshire.

Brook’s effort, which included four fours and as many sixes, underpinned his 90-for-46 partnership with skipper David Willey as the Vikings fought back from a dreadful start to post 190-for-seven at Wantage Road.

Yorkshire all-rounder Matthew Waite recorded a career-best T20 with a bat and a ball, after going unbeaten 35 from 20 with three-for-18 figures as the home side slumped to 128 in 16.2 overs.

It was a third successive defeat for Northamptonshire, who have now dropped out of the top four and must struggle to progress to the quarter-finals.

Dan Christian survived a final scare as Notts Outlaws beat Durham by two runs in a match reduced to 11 overs per team.

Notts posted 98 for nine in their delayed innings, Steven Mullaney with 34 on 23 balls and Tom Moores 25 for 11 as Ben Raine took three for 12.

Durham needed 16 on Christian’s last six balls and Ned Eckersley hit a four and a six to reduce the target to six from three, but a single and a pair of leg exemptions left them just short.

George Scrimshaw was derbyshire heroes as they held off Lancashire in one final thriller.

Tim David looked to be pulling Lancashire to victory in their pursuit of 189, going 42 from 23 balls, but after taking a first-ball single in the final from Scrimshaw on the setter – who had conceded 48 from his previous three overs – successfully defended the 10 runs still needed, aided by the Rob Jones wicket.

Steven Croft (47) and Luke Wells (42) also impressed the visitors after Shan Masood hit 75 and Wayne Madsen 70 in Derbyshire 188 for eight.