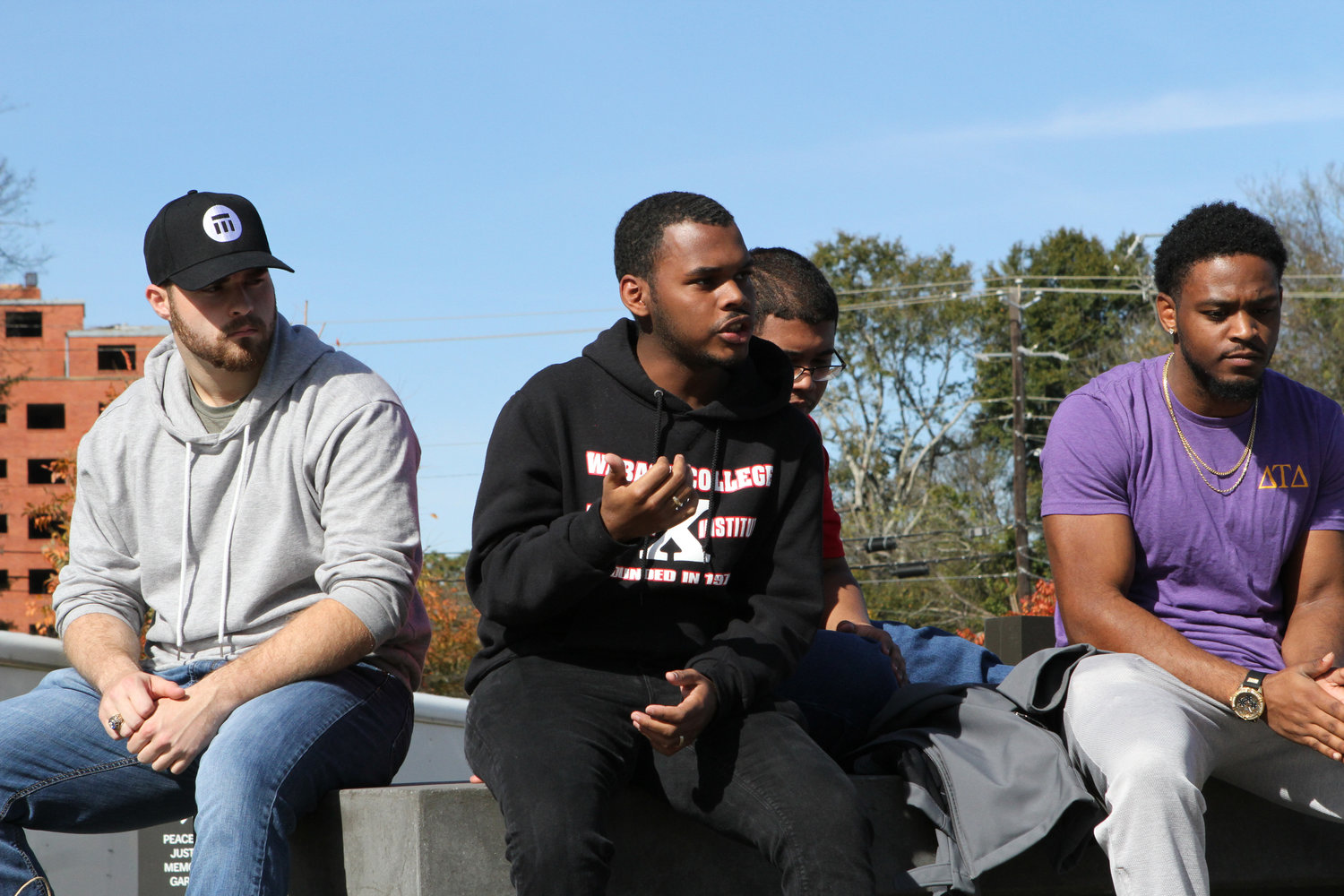 Chase Breaux ’24, a political science major and black studies minor from Houston, Texas, is one of 100 students selected nationwide to win a Voyager Scholarship – the Obama-Chesky Scholarship for Public Service .

The Voyager Scholarship, created by the Obama Foundation and Airbnb CEO Brian Chesky, is a multi-year scholarship program that was created with the goal of giving students who plan to pursue a career in public service financial assistance to ease the burden of college debt, rewarding travel experiences to broaden their horizons, and a network of mentors and leaders to support them.

“Michelle and I know that change only happens when everyday people get involved, engage and come together to create it,” former President Barack Obama said in a press release. “These young Travelers believe in a fairer and more inclusive world, and they are ready to help us tackle important challenges in new ways. I look forward to seeing what they accomplish through public service.

Breaux has distinguished himself at Wabash through a variety of campus leadership and academic achievement roles. He is co-president of ‘shOUT; member of the Malcolm X Institute of Black Studies, where he is chairman of the alumni committee; Student Senate Diversity and Inclusion Committee Co-Chair; a Democracy Fellow for the Wabash Democracy and Public Discourse Initiative; a staff writer for The Bachelor; and participates in the Wabash Liberal Arts Immersion Program.

“I felt empowered and seen when I learned that I had been selected as the recipient of the Voyager Fellowship,” Breaux said. “Going against the status quo in any setting is often not easy, and resources and support make all the difference.

“It was great to know that other members of the Obama Foundation see the work I do to create a safer and more inclusive environment at Wabash College,” he said. “I appreciate that they have chosen to help me on my journey…This opportunity will be invaluable as I work to be an agent of change in the world.”

Breaux and other Voyagers will receive:

• Up to $50,000 in financial aid for their first and last years of college studies

• A $10,000 stipend and free Airbnb housing to pursue a summer work-travel experience between their junior and senior year of college

• A $2,000 travel credit provided by Airbnb annually for 10 years after graduation, to allow students to continue to broaden their horizons and forge new relationships in their public service careers

• An invitation each fall to an annual summit to help define and inspire their public service journey. At this year’s summit, students will network with more fellows, hear from guest speakers, and have the opportunity to meet with President Obama and Chesky to discuss the role of empathy and understanding in leadership and public service. .

• Access to an on-going speaker series throughout the program where students are connected to a network of leaders. Upon graduation, they will join the global Obama Foundation community, giving them access to Foundation resources and programming.

Breaux said he plans to use his Voyager scholarship stipend to pursue his passion for criminal justice reform. He plans to travel to the Netherlands to study alternatives to incarceration in a bid to inform his own positions on reform.

His ultimate goal is to build a grassroots campaign in Texas advocating for criminal justice reform, drawing together nonprofits, law enforcement, and jurists to create a bipartisan coalition for reform.

“I believe that many of the problems facing the world today can be solved if we broaden our horizons, learn from each other and collaborate,” he said. “This scholarship and travel experience will give me the opportunity, resources and support to do just that.”

Breaux has now won three different scholarships nationally. In addition to the Voyager Fellowship, the junior Wabash is also a Gilman and Point Foundation Fellow.

The Gilman Fellowship, a program administered by the United States Department of State, aims to increase the number and diversity of undergraduate students studying and interning abroad, particularly in regions of the world under -represented in study abroad. Breaux received the award earlier this year and is currently in the Netherlands at the Vrije Universiteit Amsterdam for the semester, where he is studying criminology and law.

Susan Albrecht, Wabash’s scholarship advisor and visual media liaison for the library, said she was very proud of Breaux and his recent achievement of being named Maiden Voyager.

“Chase has shown real promise as a leader and future public servant, and it’s wonderful that the Voyager program selectors recognized that promise in him,” Albrecht said. “The fact that Chase also received both a Gilman scholarship to study abroad and a Point Foundation scholarship providing financial support to members of the LGBTQ community shows what a talented young man he is.”