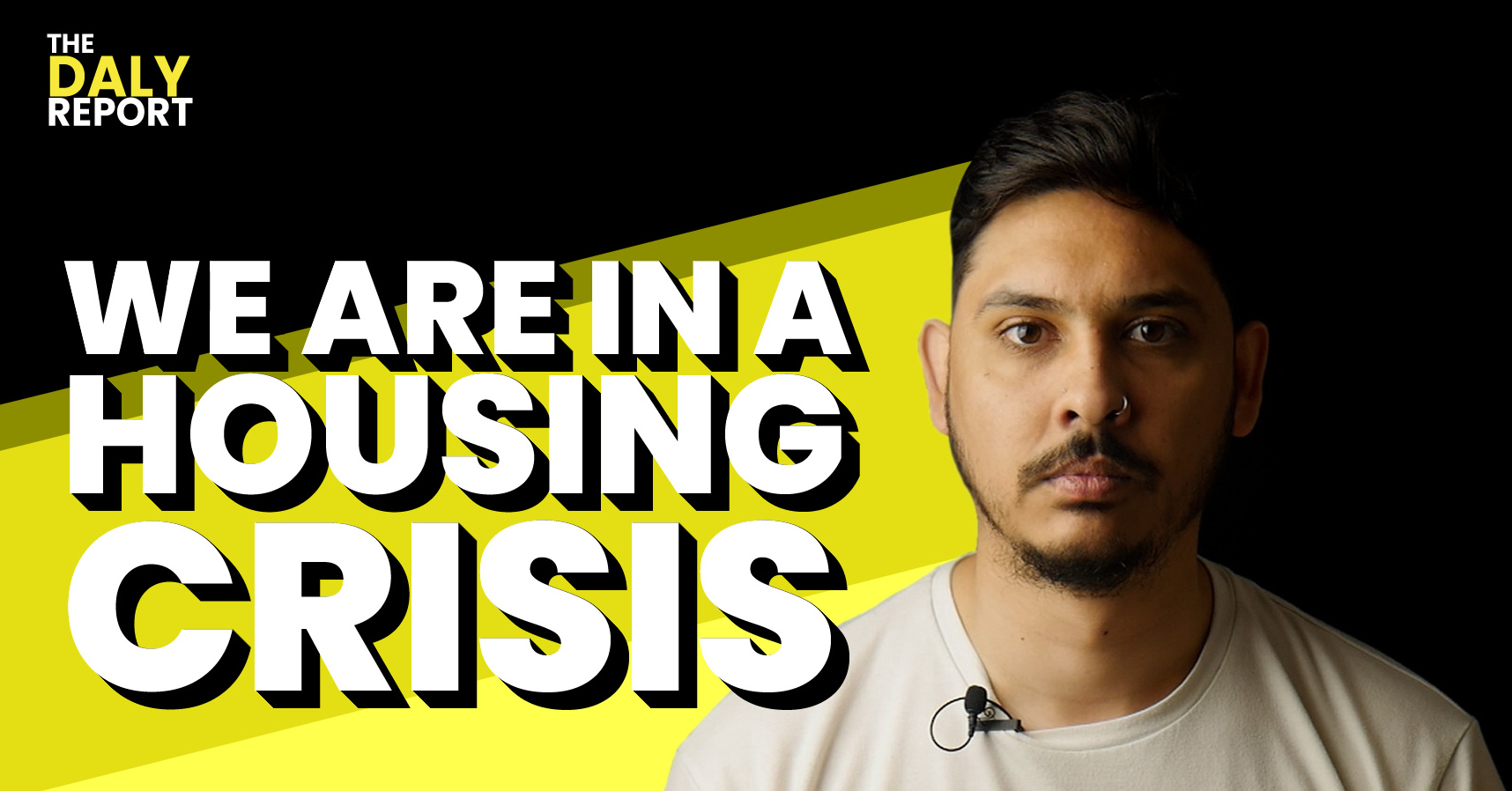 We are in a housing crisis

As the cost of housing has skyrocketed, wages simply haven’t kept up. Curtis Daly explains how we got into the current housing crisis and what we could do to resolve it.

Do you ever feel like things are not as fair as they used to be?

Well you are not wrong because we are in a housing crisis and most of us are screwed up.

Since 1970, houses have become 65 times more expensive than they were then, but wages are only 36 times higher. So while the cost of housing has skyrocketed, wages simply haven’t kept up.

This begs the question… is there a way out?

But that’s okay, because the wages are also higher now, aren’t they? Uh, well, the average salary across the country is only thirty thousand (£ 30,056) annually. To put this in context, if the average wage had increased at the same rate as housing since the 1970s, it would currently be £ 87,720.

“So tenants pay more than those with a mortgage, but can’t access the property ladder. “? Seems fair….

So, people can’t afford to save a bond because the rent is too high, nor can they afford a mortgage with a low bond because the monthly payments go up, forcing those who don’t. have no cash to pay their owner’s mortgage. , and it makes my head explode!

In addition, pre-pandemic 495, 000 households reported they owned a second home, some deciding to rent them out on airbnb which is a scam, a for profit scam! All the time 200,000 people are homeless.

On a larger scale, foreign oligarchs are buy houses and leave them empty in the hope that the prices will rise so that they can be sold at a profit in the future.

Statistics show that homeownership overall has declined. In 2020, homeownership was at 65% in England, compared to 71% in 2003, young people being the most affected.

The other, and arguably the main cause of the current crisis, is the “right to buy”.

Many people believe Thatcher was the architect of the “right to buy”. However, according to Colin Jones and Alan Murie, this idea had been around since the 1920s. with legislation calling for council houses to be sold within 10 years of construction.

Colin Jones, professor at the Urban Institute of Heriot-Watt Uni in Edinburgh, Explain there was an inequality rooted in politics. “If you were in a good house, you would be able to buy a very good house at a very low price. Whereas if you live in a poor area it was not very good value for money at all. So there was a huge injustice in all of this ”.

The right to buy was seen as a positive element for those who wanted to own their own home. We are in a homeowner democracy, buying a house in this country essentially gives you an asset and security for life. The problem is that there was no social housing that was built to replace the ones that were sold, which means that homelessness has increased.

The right to buy basically ended up being exploited, as some were leased after being bought. It has become a profit machine with up to two-thirds of them are now in the private rental sector.

So what is the solution? Abolish predatory owners!

Besides the obvious, here’s what we need to do …

As we know, the council houses have gone to the private sector and no government has had the strength to come up with radical policy. We need to build at least 100,000 social housing units per year.

According to the Local Government Association, this initiative could 320 billion pounds in sales over 50 years. It would also save £ 780 in housing allowance per year per social housing built.

We also need to immediately introduce rent controls, as the cost gets out of hand and the lowest are in trouble.

Following a referendum in Berlin, the government will debate in parliament whether to seize property of large owners. Those who own more than 3,000 properties could see them taken away and placed in social housing, socializing an incredible 240,000 apartments. If that happens, we would have a real case where the government is implementing a transformation policy.

We also need to look at the legislation to prevent the oligarchs from buying goods only as financial investments.

And finally, extend the “right to purchase” to the private sector. The discounts applied to those who have purchased council homes should also be the same with private rentals. In a way, it’s a housing reversal that has been transferred to the private sector over the years.

These are not radical policies. People need a home; what is drastic is preventing people from having a roof over their heads.

A woman went missing while camping. Then her husband confessed to her brutal murder