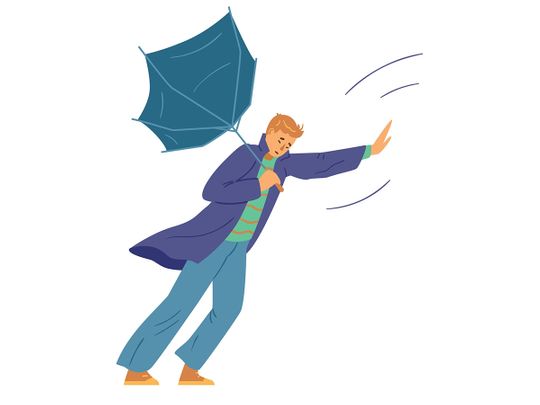 As I exited the Airbnb in Toronto on a bright, sunny afternoon with my suitcase and backpack, a warning message from Environment Canada urged me to seek shelter immediately.

I had never been notified personally by the weather bureau in my life, and usually they are wrong. When the meteorological service announces that it is going to rain, the sky will be clear and Indian farmers will curse both the sky and the meteorologist.

I ignored the message and decided to walk to the next Airbnb that had been booked for a longer stay and was only 20 minutes away on Almore Avenue.

Unfortunately I’m not good with Google Maps and sometimes the app gets it wrong, sending me down tiny alleyways in Bangalore, India where I live most of the year, freaking me out thinking my car would be wedged between two houses.

I asked a Filipina, hurrying down the street, the way to my destination and she said follow me, and rushed ahead. She was carrying a lunch box and apparently going to work a weekend in one of those Toronto houses that are listed for the incredible sum of $2 million for a small two-bed apartment.

Toronto, a cleaner and healthier version of New York, is considered the most diverse city in the world as almost half of the city’s population is foreign born.

As I followed the lady, the sky slowly turned an eerie steel gray, due to the bright skies and warmth I had enjoyed sitting on the back patio of the Airbnb a few minutes ago at barely, listening to the chirping of the birds that looked like they were saying, ‘guarantee’.

The breeze quickly turned into a 140 km/h gale. The large and heavy recycling bins placed outside each house by the municipality began to tip over.

As I clung desperately to my cap, my cell phone, and the reluctant suitcase that refused to budge, like a stressed pet sensing danger, when a huge branch broke loose from an old tree. massive and landed noiselessly on the sidewalk across the street. From a light drizzle with cold rain spikes, it turned into a downpour as broken branches rushed towards me. I panicked and kept staring at the old trees on that quiet, leafy boulevard, thinking trees would fall on power lines that would snap and then zap me.

Whenever there is a thunderstorm in Bangalore, invariably, a food delivery man, sheltering under a tree, gets zapped by lightning.

This North American storm is known as “Derecho”, a microburst, with a long straight line of thunderstorms that mow down everything in their path.

My wife, who at the time was disembarking at Pearson from Dubai, later said the turbulence from Halifax in Nova Scotia’s Atlantic Province was disconcerting.

Scientists say aircraft turbulence will get worse in the future due to the climate crisis. Pollution and other human activities such as burning fossil fuels and cutting down forests would increase the temperature which in turn would drive the jet stream.

This means that we will see more clear air turbulence in the future, which will affect the aviation industry and turn smooth flight into a roller coaster in the sky. Turbulence in clear air cannot be seen unlike turbulence caused by thunderstorms.

Although the “Derecho” may or may not be due to climate change, we are definitely changing the climate, which will surely lead to more allergies, more viruses, floods and heat waves which will create food shortages.

After that afternoon incident in Toronto, I’m now a big fan of the weather app and I’m watching nature’s warnings carefully for all of us.

Michael Brunelli, married at first sight, reveals Airbnb hellish experience as he vacations in London with his fiancée Martha Kalifatidis

Women who book Airbnb for their home births