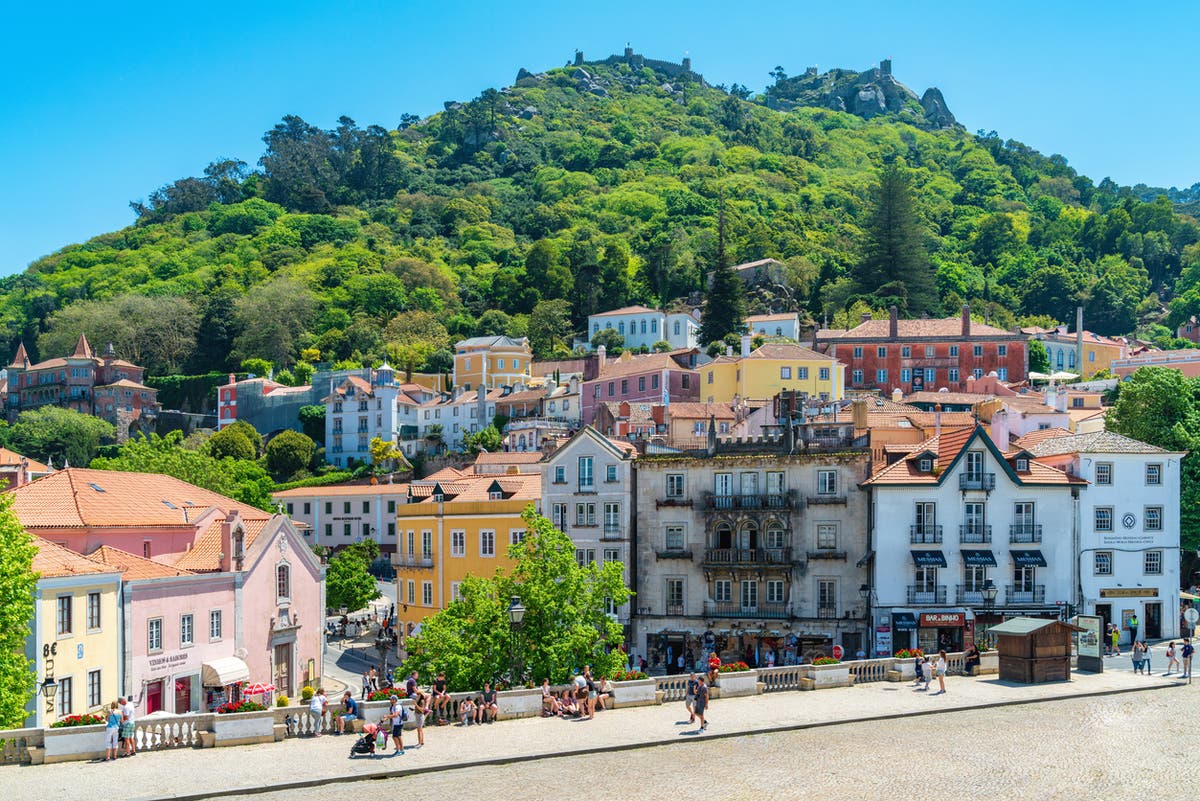 It’s a Wednesday – a working day – that I find myself sipping a lapsang souchong tea on the terrace of the Tivoli Palacio Seteais, in the heart of Sintra Castle in Portugal. I savor not only the smoky flavor, but the story of how, in 1662, Catherine of Braganza – the Portuguese wife of King Charles II – introduced the art of tea drinking to the English courts with a chest of this same variety. It’s a perfect way for a freelance writer to take a break while living and working as a digital nomad in Sintra, a historic town that day-trippers from neighboring Lisbon often binge consume.

Overlooking a mist-soaked garden that climbs to the top of a nearby hill, my cultured tea break is just one example of why Sintra is a better-than-usual place to work for writers, entrepreneurs, consultants and small business owners. This small town encourages freelancers and remote workers to forgo Portugal’s established digital nomad hubs, like the Algarve and Madeira, and trade sun and sand for atmospheric fog and mountains.

Sintra has inspired creativity for centuries. Lord Byron dubbed it a “glorious Eden” when visiting in the 1800s, while it was described by a former king as “where winter comes to spend summer”. The city’s cooler climate has long allowed nobility to escape the capital, hence its heritage of castles around which the streets wind.

This is one of the reasons why travel start-up Boundless Life set up its first site in Sintra. The mix of nature and culture suits its purpose of creating a “village within a village” concept, specifically aimed at digital nomads traveling with children – people like my husband and me. There are central apartments and co-working spaces, as well as an education and childcare center for children aged 1-12, which means I can take my three-year-old and spend another decadent afternoon of tea drinking.

I chat with Marcos Carvalho, one of the co-founders of Boundless Life, about how working parents have so far been left out of the digital nomad trend, and how his new venture aims to change that. He hopes to inspire young families to take a “workcation” of at least a month to mix travel and culture at the nine-to-five, with the possibility of doing so for a year or more.

“We want to show that it is possible to live like this. It’s not as difficult as you might think, or as ‘alternative’ or ‘hippy’,” says Carvalho, a Brazilian entrepreneur who first expanded the business in the United States and Canada. He now goes where Boundless Life takes him as the business grows. His next stop is Syros, Greece, where 12 families are currently embarking on the Boundless Life experience.

Of course, you can book your own Airbnb and try to find local, temporary childcare for your stay. But it’s hard to put a price tag on it, not to mention the instant community feel of joining an existing project like this. “Members of our cohorts develop lasting relationships and can meet their friends in other Boundless Life communities around the world,” says Carvalho.

“It’s only been six months since we launched and it’s already happening – families are planning their next stays with us based on the relationships they’ve established and going places with other families.”

Sintra’s co-working space, a bright and airy former restaurant, is minutes from downtown. It quickly becomes an addictive hub of energy, with people not only sharing what they’re working on, but also what led them to seek an alternative to the daily grind – and, most importantly, plans for the weekend.

Joining up with our new friends from work, we spend our Saturday dropping the kids down the inverted tower of the Quinta da Regaleira Palace and chasing them around the steep but bustling gardens of the Monserrate Palace. We sneak for selfies at the continent’s westernmost point, Cabo da Roca, admiring the seemingly endless Atlantic that stretches all the way to the United States.

On Sundays we meet for brunch at Moinho Dom Quichotte, a renovated windmill just outside the nearby village of Colares whose terrace – intertwined with another garden – offers views of the sandy beach of Praia do Guincho. A quick and cheap Uber ride later, we’re on the shore, parents chatting to the sound of their kids splashing and screaming.

During the week, the local Raiz bar becomes our after-school hangout. The space to stroll in the greenery, associated with its snacking menu based on beef or tuna pica pau (tasty meat nestled on homemade fries that soak up all the juice) and grilled cheese (a literal bowl of melted cheese with bread to dip) make this a hit with the kids. With free wifi and an all day menu, we mentally note that we could do some work here too.

What’s refreshing about the Boundless Life experience is that you won’t find yourself skipping coffee or jostling for space with hundreds of other Macbook users, but you will be refuel after your morning hike to the Moorish castle of Sintra, which we can see from our apartment. Coffee breaks are accompanied by a dose of Pasteis De Nata from the Fabrica da Nata bakery in town, or the local specialty, Queijadas of Sintra, a small round coconut cake with filo pastry. Six months pregnant, I miss the hike, but gladly don’t care about the baked goods – reassured that my little one is having a good time with his new friends and teachers at the education center, enjoying a hot lunch and enjoying outings like mini golf and pony rides.

While drinking cocktails on the beach with other digital nomads in the Algarve sounds tempting, Boundless Life has found something special with Sintra. “Ate briefly”as the Portuguese say – “until we come back”, with our future four-year-old child and his new baby brother.

You can get to Sintra by train and bus. Take the Eurostar to Paris, followed by a train from Paris Montparnasse 1 Et 2 to Poitiers, and a Flixbus from Poitiers to Sintra.

Ryanair, easyJet, TAP Portugal and British Airways all fly direct from London to Lisbon. Trains to Sintra depart regularly from Rossio Central Station, or a taxi from the airport takes around 35 minutes with a fare of around €35.

Sintra’s Unlimited Life digital nomad packages include return airport transfers, self-catering accommodation in the city center, weekly housekeeping, full-time childcare, 24/7 access to space coworking, free activities such as conferences, wine tastings, yoga and a boat cruise, plus a community manager at your disposal. One-month packages start at €7,020 (around £5,943), with the price dropping considerably the longer you stay.