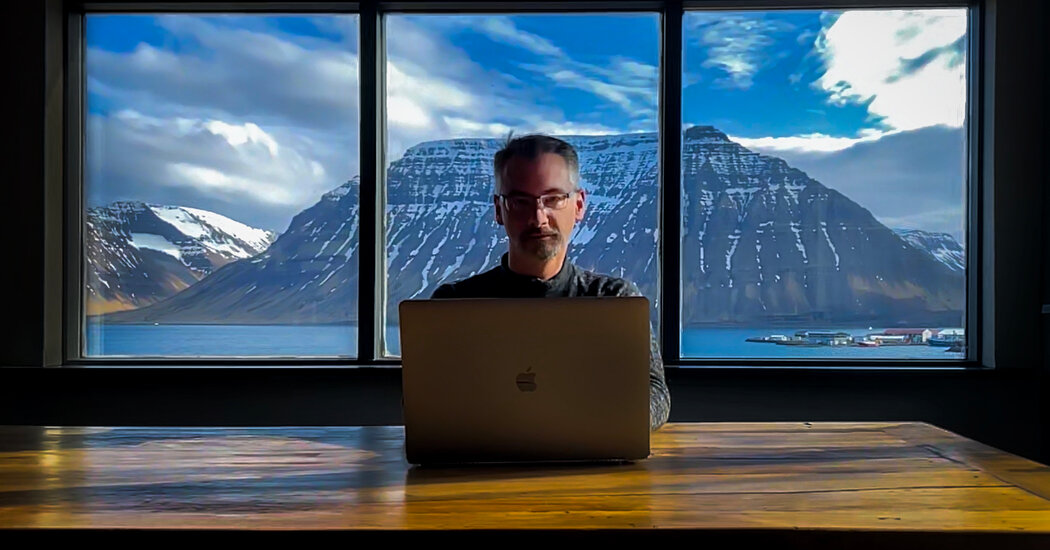 What digital nomads need to know about taxes abroad

Can I, uh, forget to mention my plans to my boss?

It’s risky. Employers need to know where their employees work in case their presence results in corporate tax obligations overseas. The risk is higher when employees generate income for businesses, such as in sales positions, said David McKeegan, co-founder of Greenback Tax Services, an accounting firm for American expats.

Yet many businesses operate under a “don’t ask, don’t tell” policy. A science writer in his 50s from California, who was granted anonymity because he didn’t want senior managers to know he had worked in Costa Rica for a few months, said his human resources department was dissuading employees to work outside of California, but didn’t say anything explicit about working overseas. His setup from an Airbnb near the beach worked perfectly until he lost power due to a hurricane and had to work from a bar several times. He used his company’s Zoom experience, but his colleagues started asking him where he was when they heard the ocean waves and the music. “At the restaurant,” he said to them, without giving more details.

As more and more people work overseas, it can be more difficult for companies to close their eyes. Last year, around 10.9 million Americans described themselves as digital nomads – people who work remotely and tend to move from place to place – up from 7.3 million in 2019, according to MBO Partners, which provides services to the self-employed.

“Right now, the global tax system is unprepared for what the workforce is going through,” McKeegan said. “I think at some point we will see a system where people will be asked on entry or exit if they were working and countries will try to squeeze more tax revenue from this very labor force. mobile. “

I want to work remotely abroad for more than a few months. Can I avoid paying US tax completely?

Potentially. If you qualify for the foreign earned income exclusion, your first $ 108,700 is exempt from US income tax. But keep in mind that this only applies if you are a U.S. citizen who resides in a foreign country for more than 330 days in any 12 consecutive months, not including time spent on airplanes, or if you are a bona fide resident of a foreign country. (You will still have to pay federal and state taxes on unearned income, including interest, dividends, and capital gains.)

It is important to keep track of the number of days abroad so that you can prove to the US tax authorities that you were there.

Paige Brunton, 30, a Canadian website designer based in Hanover, Germany, learned the hard way how complicated tax rules are for expats: one year she had to file tax returns in three countries . The situation was inevitable, having lived and worked in Germany, Canada and the United States during that fiscal year, but her greatest advice for those who may have complicated situations is to immediately find an accountant specializing in international taxation.

“Don’t get together in Facebook and Google groups, it will really stress you out,” she said.