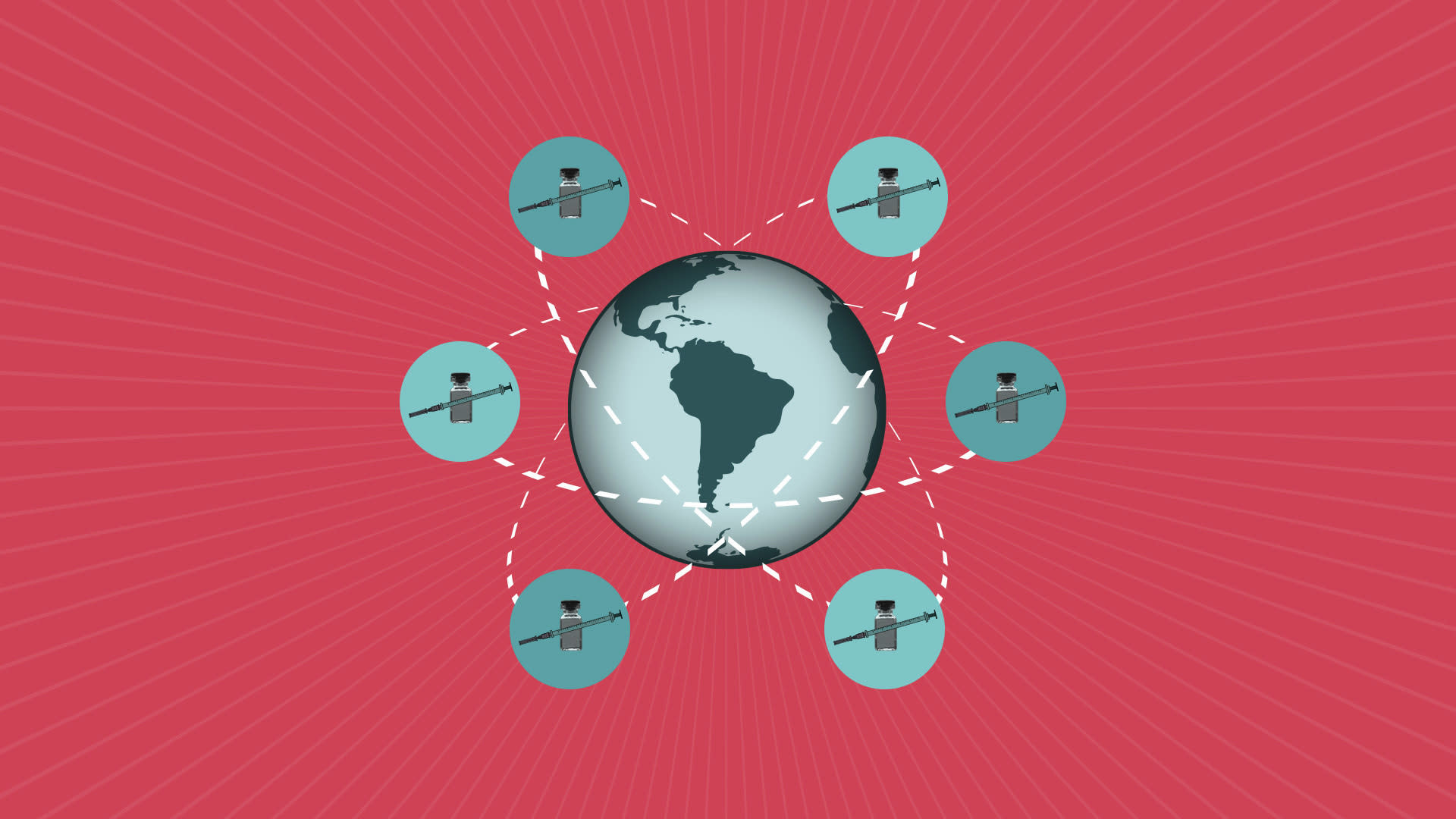 What is being done to distribute COVID-19 vaccines around the world?

LONDON (AP) – What is being done to distribute COVID-19 vaccines around the world?

Several groups are working to get poor countries vaccinated, but they fall far short of what is needed to curb epidemics around the world.

Among the efforts is COVAX, which relies on donations from rich countries and private donors. The group missed its own distribution targets in large part because it lacked the resources to secure vaccine supplies at the start of the pandemic.

By mid-August, COVAX had distributed approximately 207 million doses in 138 countries and territories. That is compared to more than 417 million doses distributed in the United States alone, according to the Centers for Disease Control and Prevention.

COVAX was created last year to try to ensure equitable distribution of vaccines and is led by public health agencies, including the World Health Organization. Without enough vaccines purchased, COVAX now relies on donated vaccines from wealthy countries, but most of the promised doses will not be delivered this year.

Logistics is another issue. To get COVAX vaccines, countries need to show how they will distribute the vaccines and prioritize people at high risk such as health workers and the elderly. But some countries in desperate need of vaccines have not been able to show they can implement such plans and lack funds to conduct vaccination campaigns.

Other groups stepped in to help. In July, the African Union said it had purchased 400 million doses of the Johnson & Johnson vaccine for 45 African countries. China, Russia and the United States have donated millions of vaccines to countries. And in June, the major industrial nations known as the Group of Seven said they would give poor countries 1 billion doses. The G-7 countries are Great Britain, Canada, France, Germany, Italy, Japan and the United States.

Yet that’s a far cry from the 11 billion doses that the WHO says are needed to stop the pandemic.

To protect people at high risk of serious illness in poor countries, the WHO has urged rich countries to immediately give more doses and stop childhood immunization and booster plans.

“We are making conscious choices right now not to protect those in need,” WHO chief Tedros Adhanom Ghebreyesus said.

The AP answers your questions about the coronavirus in this series. Send them to: [email protected] Read more here:

Do COVID-19 Vaccines Affect My Chances of Pregnancy?

Can I get a “long COVID” if I am infected after the vaccination?

What should I know about the delta variant?