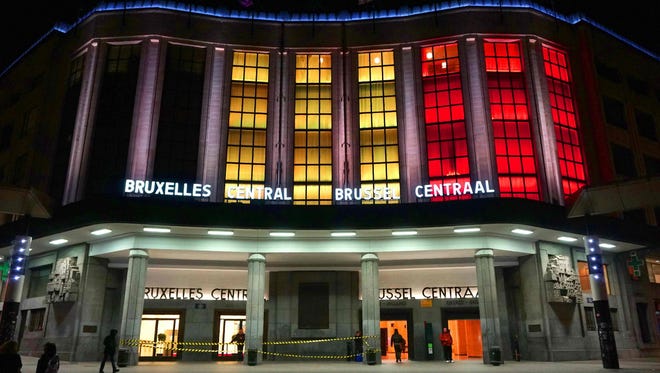 What to know if you decide to go

After another wave of terrorist attacks in Turkey and Belgium that appeared to target visitors, travelers like Dianne Bush want to know how to save their vacations.

She had booked an apartment in Istanbul from April 4 to 11 through Airbnb, knowing the risks. But the latest incident, a March 19 suicide bombing that killed two Americans, struck too close to their homes.

“The bomb exploded in the main tourist shopping area,” she said. “This is a place I would surely visit.”

Bush is not easily scared. She’s a policewoman from Cranbourne East, Australia. But her Airbnb host insisted her reservation is only partially refundable, despite the company’s claim it offers full refunds for political unrest.

Travelers around the world are asking similar questions, especially in light of the Brussels airport bombings last week. Should we stay or go? If we go, how do we stay safe? Should we take extra precautions on the road?

Nick Shapiro, a spokesperson for Airbnb, said the company was “heartbroken” by the recent terrorist attacks. In Brussels, the company took immediate action that allowed Airbnb hosts to offer their places free of charge to those in urgent need of housing. Airbnb is indeed offering an exception to its refund rules for cases like this, and when I asked about Bush’s case, he agreed to reconsider his case. “She will get a full refund,” Shapiro said.

Other travel companies relaxed their refund and change policies in the wake of the bombings, but were reluctant to say too much publicly for fear of opening an avalanche of refund claims. In other words, many other guests like Bush quietly cancel their vacations and receive a refund.

Others are undecided. Traci Fox, a University professor from Philadelphia, plans to visit a friend in Brussels this spring, but isn’t sure if she should go. “I believe in not living in fear but in being smart, but my traveling companion is panicking,” she says. “It’s a difficult choice.”

In the short term, visitors to a destination affected by terrorism should revisit their travel plans and consider postponing non-essential travel, says Jim Hutton, head of security at On Call International, a risk management company related to human resources. trips to Salem, New Hampshire. huge logistical problems, including longer queues at airports, more in-depth baggage screening and management and a likely shortage of hotel rooms in Europe, ”he adds.

If you are planning a summer trip to Europe, there are steps you can take to ensure your safety. “There are several things travelers can do to stay safe,” said Roy Berger, president of MedjetAssist, a Birmingham, Ala., Company that provides air medical transportation.

Pay attention to all warnings, advises Christie Alderman, vice president of Chubb Personal Risk Services. “The State Department issues travel warnings and travel alerts that describe concerns within a country,” she said. For example, last week the government issued a travel alert for Europe. “Warnings and alerts describe specific concerns and provide helpful advice on ways travelers can protect themselves,” she says.

Even if you get the green light and no further attacks occur between now and your vacation in Europe, you still need to be careful.

Among the required precautions: Make an emergency plan (see below). Memorize all of your hotel’s emergency exits and be prepared to find them with limited or no visibility. Register with your embassy and keep the numbers of the nearest embassies and consulates with you. And I hope you never have to use them.

Bottom line: If you have a trip coming up, you can probably postpone it without losing a lot of money. Your airline, hotel, or car rental company will likely be more understanding than you think. But if you are traveling later this year, take whatever steps are necessary to protect yourself and, in the words of my colleague Ed Hewitt, “go anyway”.

How to prepare for your trip to Europe

• Make a plan. Know what to do in the event of an attack, experts say. In addition to notifying the State Department, let a friend or relative know where you will be. “It’s important to stay in touch with your friends and family to make sure they know where you are and how to reach you in an emergency,” says John Rendeiro, vice president of global security and intelligence at International SOS, a global travel security company. .

• Pack what’s important. Carry your emergency details, money, credit cards, signed passport and emergency information in your hand luggage and keep them with you at all times, advises Berger of MedJet. “Make sure you have at least two weeks of medication a day with you,” he says.

• Avoid targets and practice the art of mixing. That’s the advice of Michael Brein, a Seattle psychologist specializing in travel. Wear soft colors. Don’t stand out and make yourself an easy target. And avoid large gatherings. “My simplest advice is to avoid large crowds at rush hour, as well as sizable public targets,” he says. These include large public events and festivals where a terrorist could wreak havoc.

Christopher Elliott is a consumer advocate and editor for National Geographic Traveler. Contact him at [email protected] or visit elliott.org.