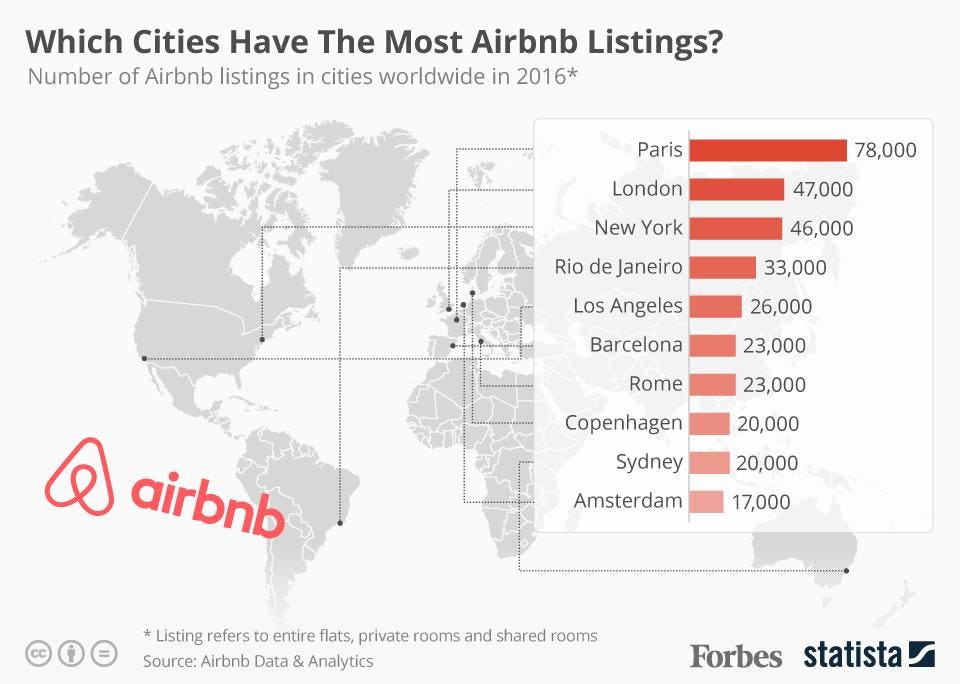 Which cities have the most Airbnb listings? [Infographic]

Since its founding in San Francisco in August 2008, Airbnb has developed a truly global presence. Today, the website has over 2 million listings in 191 countries around the world. Apartments and rooms are available in at least 34,000 cities, but which are the most popular destinations?

According to Airbnb, Paris is the top city on the service with 78,000 listings, beating London with 47,000. That could change, however, with authorities in the French capital set to crack down on hosts who break the city’s housing regulations. A person who rents their dwelling for more than four months or a dwelling that is not their main residence must register it as a commercial property and apply for a change of use permit.

Failure to comply with the rules can result in a fine of up to €25,000. According to the Guardianup to 41% of Airbnb listings in Paris were rented more than 120 days per year or by a host with multiple listings on the site.

New York closely follows London in the popularity stakes with 46,000 registrations. The website will be in high demand ahead of the Rio de Janeiro Olympics and visitors will be able to choose from around 33,000 rooms and apartments in the Brazilian city.

Airbnb in dispute with New York and San Francisco

Airbnb may cap hotel rates during US political conventions