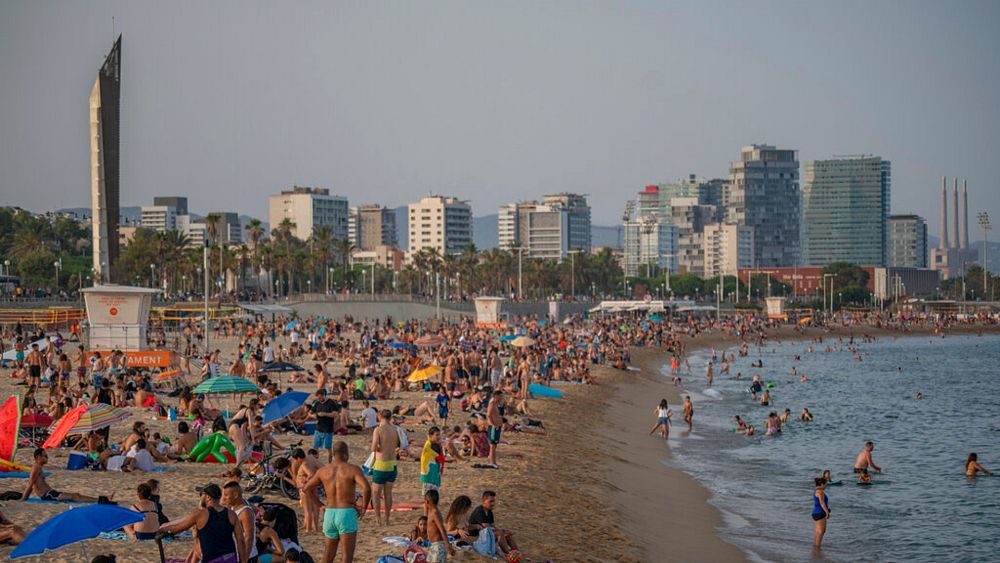 Why are these popular destinations saying no to tourists?

If you’ve ever lived in a popular tourist city like London or Paris, you’ll know how much visitors can ruin your day.

Idling tour groups monopolize sidewalks, coaches block your way to work, the mess left by revelers looking for an international night out. The sheer volume of ill-behaved visitors can be overwhelming in the height of summer.

Not all tourists are a nuisance and we all know the many benefits they bring to local economies. But with the opening of travel, visitors are flocking and with them the impacts of overtourism. It is therefore not surprising that the inhabitants of these famous places are not so enthusiastic when they return.

Whether it’s due to long-standing issues or the health risks of an influx of visitors, here are some of the destinations that discourage ill-behaved tourists.

Before the pandemic, around 30 million people visited Barcelona each year, leaving the city at the heart of the overtourism debate. Residents couldn’t buy houses because they had all been bought for Airbnb rentals.

A temporary ban on renting accommodation for less than 31 days was introduced in August 2020 and the moratorium is now extended until the end of next month. It is to give the municipality the possibility of setting up a plan which makes it possible to have tourist accommodation, without evicting the inhabitants.

New bus lines are being put in place to try to encourage visitors to spread throughout the city. It is hoped that this will prevent popular areas, such as the Basilica de la Sagrada Familia, from being inundated with tourists.

With a pre-pandemic visitor count of around 20 million people each year in a city of just 261,905 people, overtourism has long been a problem in Venice. So much so that it almost put this destination on the UNESCO World Heritage List endangered sites.

Venice narrowly avoided this fate by ban cruise ships to navigate in its historic center. Some weighing more than 81,000 tons, these huge ships posed risks to the environment and the safety of the city.

Italian newspaper La Stampa reported that from next year visitors to Venice may also have to pay an entrance fee. This can cost tourists between € 3 and € 10 depending on whether they come in high or low season.

The charges are primarily intended to target the passengers of day trippers and cruise ships that cause traffic jams on the city’s narrow streets and obstruct its waterways.

Tourists have been urged to ‘stay away’ from the UK county of Cornwall after a huge spike in COVID cases.

Malcolm Bell, director of Visit Cornwall, said he had seen “too many cases of overcrowding” at popular destinations despite more than 300 beaches and other destinations that can accommodate tourists. Unless visitors have a pre-booked break, they are asked not to visit the popular seaside vacation spot.

In addition to British tourists looking to avoid the hassle of a break abroad this year, the surge in the number of infections has been blamed in part on the Boardmasters surf and music festival. Cornwall council has linked nearly 5,000 cases to the event that occurred in Newquay earlier this month.

Amsterdam’s ‘cannabis tourism’ could end after COVID with Mayor Femke Halsema pushing to ban the sale of marijuana products to tourists.

In a recent letter to city council, Halsema said she, alongside many local residents, was fed up with Amsterdam’s “pulling power as a resort for soft drug tourism”. In her campaign for mayor, she repeatedly said that the cannabis trade had become “too big and overheated”.

Before the pandemic, cafes and the red light district attracted more than a million visitors each month. Cheap flights and vacation rentals have made it a popular destination for weekend trips, but the masses of visitors are causing problems for residents. The growth of short-term housing has also resulted in a housing shortage for residents.

In the first three days after the easing of travel restrictions, the US state saw more than 100,000 tourists arrive. This has resulted in a shortage of front desk workers, congested roads, and restaurant wait times of over 90 minutes.

The people of Maui were dismayed when the influx resulted in a water shortage. They faced fines of $ 500 (€ 426) for washing their cars, watering their lawns and a list of other “non-essential” water-related activities.

Residents took to social media to say they were being treated like “second-class citizens” and Mayor Mike Victorino went so far as to ask airlines to cut the number of flights arriving in Hawai’i.