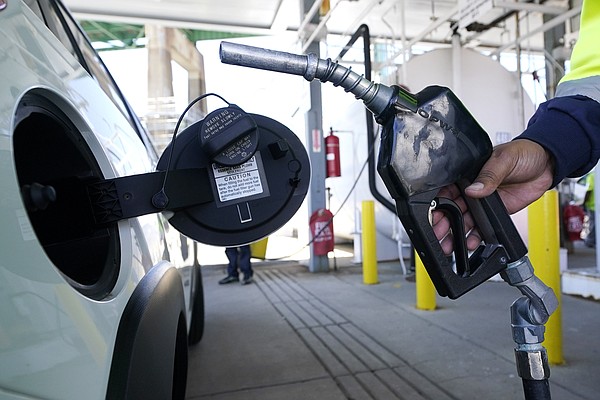 WITH SURVEY | Gas prices are a much bigger factor than COVID for summer travel, survey finds

A majority of Americans say they are likely to travel for summer vacation this year, but high gas, hotel and flight prices are weighing on those plans, according to a Washington Post-Schar poll. School.

Less of a concern for this year’s travelers: the coronavirus, which less than 3 in 10 Americans say is a major factor in their summer vacation plans.

With the highest inflation in four decades, cost concerns are dominating travel considerations this summer. About 6 in 10 Americans, 61%, say gas prices are a “major factor” in planning their summer vacation. A majority of 54% say hotel or accommodation prices play a major role in their plans, and 52% say the same about flight prices.

DON’T SEE THE SURVEY QUESTION? Read the story at texarkanagazette.com/news/polls

Of the 72% of Americans who say they will “definitely” or “probably” take a summer trip, more than three-quarters expect at least part of their trip to be by car. Half plan to fly to their vacation destinations, according to the survey of 1,055 adults nationwide, conducted by The Post and George Mason University’s Schar School of Policy and Government.

Year-over-year, air fares rose 33% in April, while accommodation prices rose more than 22%, according to a travel price index compiled by the US Travel Association.

For MaríaVerónica Garibay, a project manager at a virtual events company in Chicago, those increases — combined with broader inflation — mean making careful decisions before and during her planned vacations to Pittsburgh in July and Palm Springs in September.

“I found myself trying to use digital coupons,” she said.

She will be staying with a friend on her trip to Pittsburgh and booked an Airbnb well in advance for a friend’s bachelorette party in Palm Springs.

“Even if we wanted to splurge, we all had to find a middle number,” she said. “Once we finally decided on a number, I think that also moved some of the activities that we had been talking about.”

Garibay got a new job during the pandemic that gives her more time off and pays her better, so she has more flexibility to travel now. And many friends suggest trips.

“I have all of these options, but I try to be financially responsible,” she said.

Now vaccinated and boosted, Garibay said that at the start of the pandemic, her fear of the coronavirus kept her from wanting to travel. She said she was uncomfortable when people didn’t keep their distance in crowded places. Still, she said, she tries to “live my best life and stay safe and be careful when I can” while acknowledging the risks of being on the go.

“I’m just trying to live, because I felt like for two years I wasn’t living at all,” she said.

According to data tracked by The Post, coronavirus cases, hospitalizations and deaths are all rising in the United States – but well below the omicron peak of earlier this year. Experts say official tallies of infections, which omit most home testing, are lower than the true number. But more tools are available to protect people from serious illness and death, including vaccinations, boosters and therapeutic treatments.

Post-Schar School poll finds about 1 in 4 Americans (26%) plan to spend more days on vacation this summer compared to a typical pre-pandemic summer, while a similar 27% plan to take a vacation for fewer days and 47% plan for a vacation of the same amount.

Robert Martin, a 74-year-old retired police detective who lives in Winter Springs, Fla., said he’s traveled all over the world by air, cruise and land. He even had an RV at one point. But this year, he says, he will stay local.

“Because of what’s going on with the economy and so on, it’s easier to stay where we are and use the local pool,” he said.

The day before his conversation with a reporter, he said, he was considering the possibility of traveling nearby in the coming weeks.

“It’s so expensive compared to the cost of any place to stay,” he said. “And, of course, on top of that, you’re traveling somewhere even if it’s close, you still have to go out for dinner and so on, have fun. It’s easier to stay home and more reasonable in price.”

As a resident of Central Florida, Martin has fairly easy access to where most people want to go on vacation. Beaches are the most popular vacation destinations for Americans this summer, with 64% of vacationers saying they plan to hit the beach.

Geologist Jake Jones, 25, from Tulsa has big plans in September, when he gets married and goes on honeymoon in Saint Lucia. He said he was monitoring airline ticket prices, which he called “ridiculous”.

In the meantime, he said, he plans to stay in the area, fishing, golfing and grilling. And, probably, minimize driving.

“Everything is so expensive right now,” he said.

The most popular vacation activity, according to the survey, is essentially free: About 3 in 4 Americans say they enjoy relaxing on vacation. Three-quarters enjoy eating out while travelling, while 65% enjoy going to the beach or swimming pool.

The poll reveals that 78% plan to travel to the United States, while 22% intend to travel abroad this summer.

Friederike Lehrbass, 57, a part-time violin teacher in Plano, Texas, has yet to materialize her plans, but she hopes to take a week off to attend a church convention in Fort Worth.

She can travel to Germany, where she is from and where her 87-year-old mother lives. But she said she would also like to repeat a short getaway she took with her two teenagers, now 17 and 19, last year. They got an Airbnb about an hour away in a small country house with horses nearby.

“I would love to do it, but I don’t know if we will have the financial means,” she said.

This post-Schar School survey was conducted April 21 through May 12 among a random national sample of 1,055 adults who were contacted by mail through a random sample of U.S. households and completed the survey online or in returning a questionnaire. The margin of sampling error is plus or minus four percentage points for the overall results; the results among summer vacationers have a margin of error of five points.