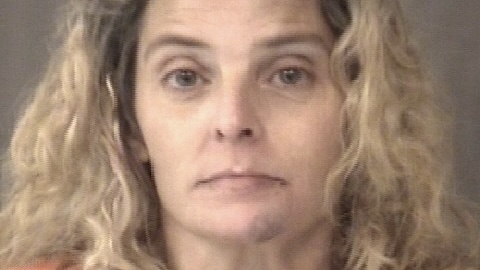 Woman sentenced to 94 years in stabbing death of boyfriend

KOSCIUSKO COUNTY, Ind. (WANE) – A woman accused of fatally stabbing her boyfriend and then attacking his parents in their Warsaw home in late 2020 has been convicted.

Vickie L. Wooldridge was sentenced to 94 years in prison on Friday for murder, attempted murder, aggravated battery, forcible confinement and battery with a deadly weapon related to the ordeal at a Warsaw home on Dec. 15, 2020.

It was just before 10 a.m. that day when police were called to a house at 2501 Westside Drive in the northern end of Warsaw following a report of multiple stab wounds. In the home, police found three victims, according to the Kosciusko County Sheriff’s Office.

Matthew Lucas was pronounced dead at the scene with stab wounds to his neck, face and chest. Two others – William Burr and Diane Burr – were taken to hospital.

Diane Burr told police her son’s girlfriend “Vickie” stabbed her husband, William Burr, and son, Matthew Lucas. Diane said she heard screaming in her home and William Burr told her that Wooldridge and Matthew Lucas were arguing, according to a probable cause affidavit.

Shortly after, Diane said she heard screams and entered the living room to find Wooldridge attacking her husband. Diane tried to intervene but said Wooldridge started attacking her, according to the affidavit.

Diane Burr suffered facial injuries, cuts and loss of teeth, according to the affidavit.

William Burr told investigators he heard screaming on the ground floor of the house where Matthew and Wooldridge were. He said he shouted to ask if everything was okay, and Wooldridge replied “everything down was OK”, the affidavit states.

Shortly after, William Burr said he was sitting in a chair when Wooldridge came up from behind him and stabbed him in the chest, according to the affidavit. William told the police after his wife came to help, she was able to run away and call the police, and he snatched the knife from Wooldridge.

Wooldridge then fled, he told police, according to the affidavit.

Police searched for Wooldridge for “several hours”, according to the affidavit. Several agencies converged and a helicopter was used.

She was found hiding in a dumpster several miles from the house. The police took her into custody.

Wooldridge was found guilty after a three-day trial last month.

In a post-sentence statement, Kosciusko County Chief Assistant District Attorney Brad Voelz said the Burr family suffered a “tragic loss” but “never lost faith or strength.” Voelz said he hopes the conviction and sentence will provide “a measure of justice” that will help them “find a measure of peace.”

“They are an inspiration to all of us,” he added.

Could this strange cloud phenomenon be happening in Minnesota? [VIDEO]