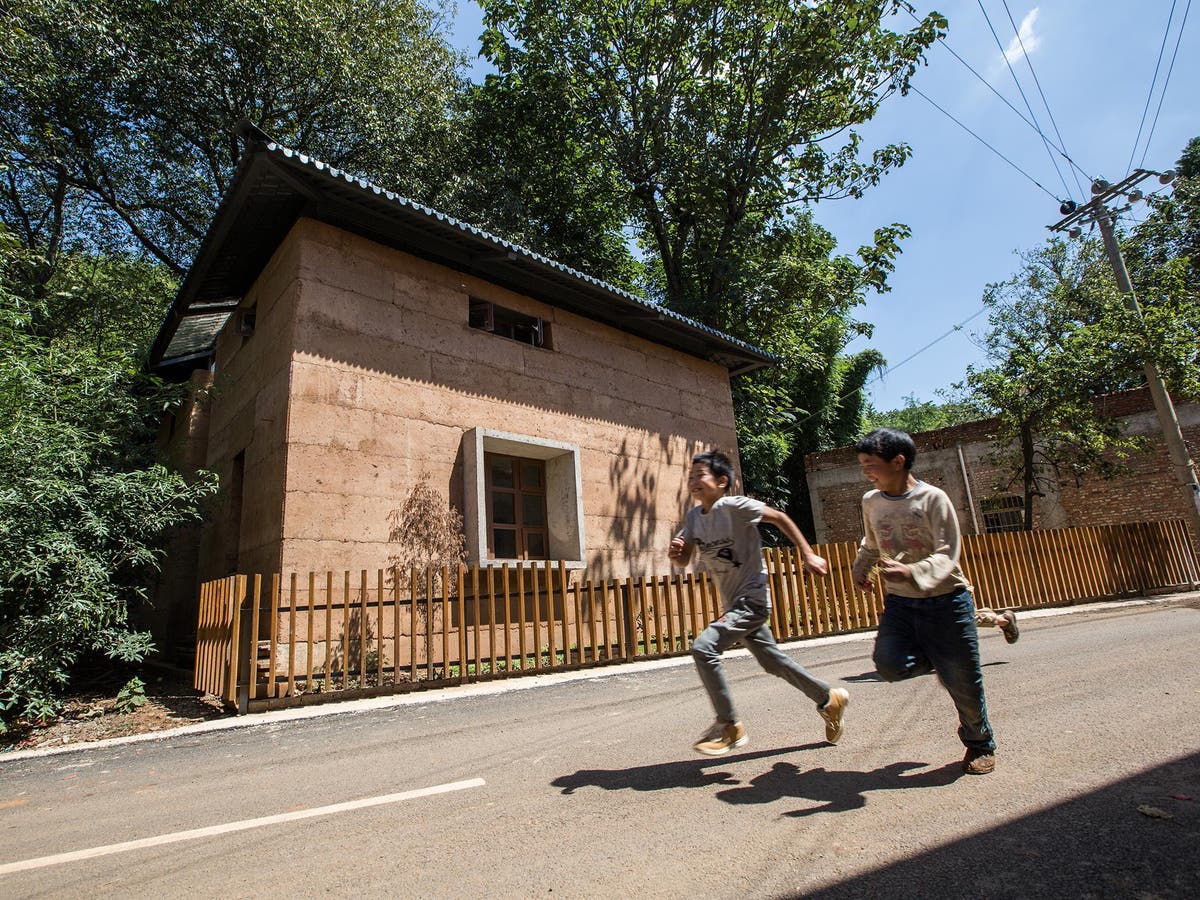 World Building of the Year 2017: A house after an earthquake in a Chinese village awarded the main prize | Independent

“Architects have to work to improve and sometimes save lives,” declares proud professor Edward Ng of the Chinese University of Hong Kong, whose faculty design, the home of the Guangming Village earthquake, won the World Building of the Year award at the World Architecture Festival (WAF) in Berlin last month.

The 2014 earthquake in the Nations destroyed most of the local buildings in Guangming. The project attempted to reinvent the area’s traditional building technology, providing villagers with a comfortable, sustainable rehabilitation strategy they could afford – and pass it on to their children. A prototype home for an elderly couple was built to test the design.

“The old lady gave up hope,” said Professor Ng Independent“Now she is the proudest peasant woman in her community!”

A simple, traditional house, designed to be affordable and safe, is the tenth project that has won an award, combining, among others, The National Museum in Szczecin in Poland, the Interlace building complex by renowned architects Buro Ole Scheeren in Singapore and the chapel at the a21 studio in Vietnam.

The award given to the house after the earthquake recalls the importance of using architecture as a means of restoring the dignity of the community.

The judges found the project unique in terms of ambition, as exemplified by the way in which “deep problems of ordinary people” were solved and the use of traditional material and construction methods combined with new technology. WAF Program Director Paul Dinch said: “This building is proof that architecture is just as important in the poorest communities as it is in the richest.

“The architects managed to translate” four walls and a roof “into something that, thanks to the architectural commitment, becomes a deeper project.”

Experts believe that the study by the Chinese University of Hong Kong could be reapplied wherever there are seismic problems and also in impoverished communities.

It was not the only project awarded at the festival, whose primary role was to help communities, not just to care for aesthetics. The Best Use of Color Award went to Iredale Pedersen Hook Architects for the Fitzroy Crossing Renal Hostel in Australia. The building is intended to provide long-term accommodation for Aboriginal people from remote communities undergoing renal dialysis.

The center has been specifically designed to meet the needs of residents ranging from self-sufficient and independent to full-time demanding care. The building was created with healing in mind, and the color was drawn from both the local environment and indigenous communities to make the visitors feel at home.

The design itself is beautiful – light filtered by color screens running along the structure. WAF judges praised the practice of creating “a design that uses holistically integrated color with respect to the landscape and the local community. The main function of the design is healing, and the use of color creates an emotional context that is deeply supportive and caring. ”

The architecture of the Fitzroy Crossing provides residents with a safe environment in which to wander and socialize with family, friends and the community.

Airbnb rival Altovita could be based in London • Hotel Designs