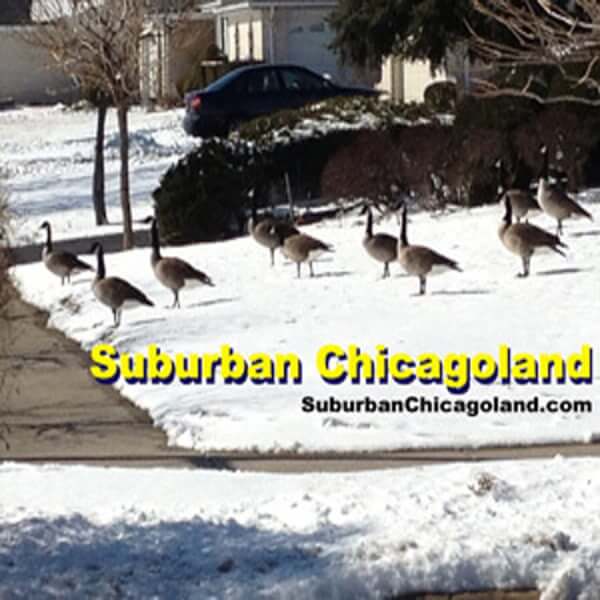 Four weeks after a vacation in Paris, I’m still thinking about it. This is the impact that France can have on a visitor.

In April, my wife and I visited our daughter, Natalie, who was finishing the spring semester of her senior year or college in Paris.

Ruth has already visited Paris. Not me.

Natalie is fluent in French, one of her three majors at the University of Illinois, and was an admirable interpreter for us.

Do you have to speak French to get around Paris? No. Most residents speak English. Otherwise, both parties can figure out what’s going on.

I will share some of the highlights. You will need to exchange dollars for euros. The price varies daily.

ACCOMMODATION: After an uneventful eight-hour night flight, we took an Uber to our Airbnb The comfortable, clean apartment—a bargain at $1,200 for seven nights—was on the sixth floor of a building in the ninth arrondissement (neighbourhood ) near the host family Nathalie stayed with. The tiny elevator could barely hold the two of us. It stopped on the fifth floor so we had to go up the last flight.

WHILE WALKING: Bring sturdy shoes. You will walk a lot.
We often walked the streets to a metropolitan station. Do yourself a favor and buy a week pass. The metro is the best. It’s clean. As in Chicago, we encountered a few subway vendors. Wallet and phone in your front pockets. But most people are cool.

FOOTBALL: We went to see Paris Saint Germain – the Yankees of French football – play a game. Messi scored with a laser shot. I said to Ruth, “It’s like watching Wayne Gretzky score a goal.” I had the best grilled cheese sandwich of my life at a food truck before the game. Ten dollars well spent. Game tickets in Bob Uecker’s seats were about $100 each, but that’s a vacation.

MARKETS AND DOORS: On a sunny and warm Sunday, we visited a farmers market/flea market where we found fresh produce for the week and I bought a Liane Foly CD for 2 euros. She has a beautiful voice.

After lunch at a sidewalk café – they’re everywhere and everyone sells cheeseburgers – we realized we were a few metro stops from Père Lachaise Cemetery, the final resting place of Doors singer Jim Morrison.

His grave is decorated with candles, beer cans, notes, drawings, etc., from adoring fans. The cemetery is a history lesson with family graves and mausoleums dating back hundreds of years, all piled up.

EIFFEL TOWER: My heart pounded with anticipation on Monday as we turned a corner and saw him in person. Stunning.

The tower is being painted for the 2024 Summer Olympics. Right now they are scraping off 19 coats of paint for a fresh coat of gold.

Go to the upper observation deck. It’s an incredible sight. Prices vary. We were lucky the upper deck was open. Afterwards, we had libations on the first deck. Return in the evening. A good view is across the Seine. The tower has a twinkling light show at the top every hour.

NORMANDY: You can’t visit Paris without visiting the site of the D-Day Invasion. We booked our tour before leaving Chicago. Two hours of travel and we were at Omaha Beach. When you see what the American, British and Canadian troops had to face, it’s a miracle that they survived. We spent most of our day there visiting bunkers, a museum, a battlefield and the cemetery. The lines of precisely placed headstones are a site I will remember for a long time. The price was $700 for the three of us. It’s really worth it.

OUR LADY: On Wednesday we went to see Notre Dame Cathedral in Paris which is facing many years or repairs after a fire in 2019. As a fan of Paul McCartney, I tried to replicate his 1978 song “Café on the Left Bank”, but my beer was Italian, not German. Close enough.

SNAILS: Later in the day, we went to an authentic Parisian restaurant, Bouillon, where – as promised – I ate snails. They are not bad. A cousin of oysters. We met our one and only arrogant Parisian, a waitress who didn’t like being asked how to open the shell. She had at least 15 tables. Slack has been cut.

RED MILL: Later, we went to the famous Moulin Rouge. Ruth expected a “cheesy” show. Far from there. The show offered singing, dancing, etc. first class. We sat at a table with a family from Tel Aviv. No surprise because Paris is the most visited city in the world. If the nudity offends you, skip the Moulin Rouge where they save on women’s tops. It’s done with taste. The price was $375 for three and included two bottles of French champagne.

CASTLE OF VERSAILLES: It is a must see. We hit it on Thursday, again with a tour guide. Paolo was the best, knew all the little details. The Hall of Mirrors Wow. Marie-Antoinette did not say “let them eat cake”. And she bathed regularly, which shocked the residents of the palace who believed that the water carried poison.

At the time, the palace must have smelled very bad. People were relieving themselves in the corners of the rooms. Feces were thrown from the windows.

But “The Sun King,” Louis XIV, was a brilliant leader who hired smart people. A 350 year old garden irrigation system is still working. You would think they would have figured out indoor plumbing. The tour cost $425 for three.

Passing by, while waiting to be taken to the palace, I was walking around the meeting point, looked down and saw a plaque stating that Louis XVI and Marie had been beheaded here. History lives.

THE LOUVRE: We visited on Thursday with a tour guide named Hugo who was fabulous. The cost was only $120 for Ruth and me, plus our admission. We saw the Mona Lisa. Didn’t do much for me. It’s really small. And I saw other paintings that impressed me more. The Venus de Milo is magnificent. Should you visit? Yes. Don’t spend eight hours.

SACRE COEUR: Built on the highest hill in the city, this Catholic church is worth a visit. A tram can also take you there. We were up there Friday night to see the sunset. Unfortunately it was cloudy. But we found a restaurant that dates back to the 1700s.

CANDY IS DANDY: Ruth read the story of A la Mere de Famille confectionery, which dates back to 1761. We bought some for ourselves and the family. So good.

We strolled around town on our last full day. I even bought a pack of French cigarettes for 10 euros. When in Rome, uh, Paris…

RETURN : Here’s a great tip: when the airline moves your flight back a day, be sure to check the time. My travel companion failed to do so. We thought we had two hours to kill when we arrived at the airport. Oops, our flight left in 30 minutes. Carl Lewis couldn’t have made it to the door.
Fortunately, we were able to book another fight in Chicago with a stopover in Detroit that day. It’s only money, isn’t it?

And, the TSA guy in Detroit scored a giveaway. He claimed that our bottle of Pastis, a delicious anise liqueur, was open. This was not the case. We hope he and his pals enjoyed our after work bottle.

LOWER RESULT: Paris is a great city to visit. It’s not cheap. With the additional $1,700 airfare, our bill was just over $9,000. Would I go back to Paris? Absolutely.

In fact, we are planning for the spring of 2023. Natalie, in her gap year, will be teaching English to French children during the 2022-23 school year in Orleans, about 75 miles from Paris. It will be fun to explore more of France.

Steve Metsch is an award-winning veteran journalist who previously worked for the Daily Southtown Newspapers, the Chicago Tribune and the Chicago Sun-Times. Metsch is a writer and editor for the Southwest News Newspaper group based in suburban Chicago, and a freelance writer for a health magazine, Suburban Life, the Naperville Sun and other organizations.
Email Steve Metsch at [email protected]