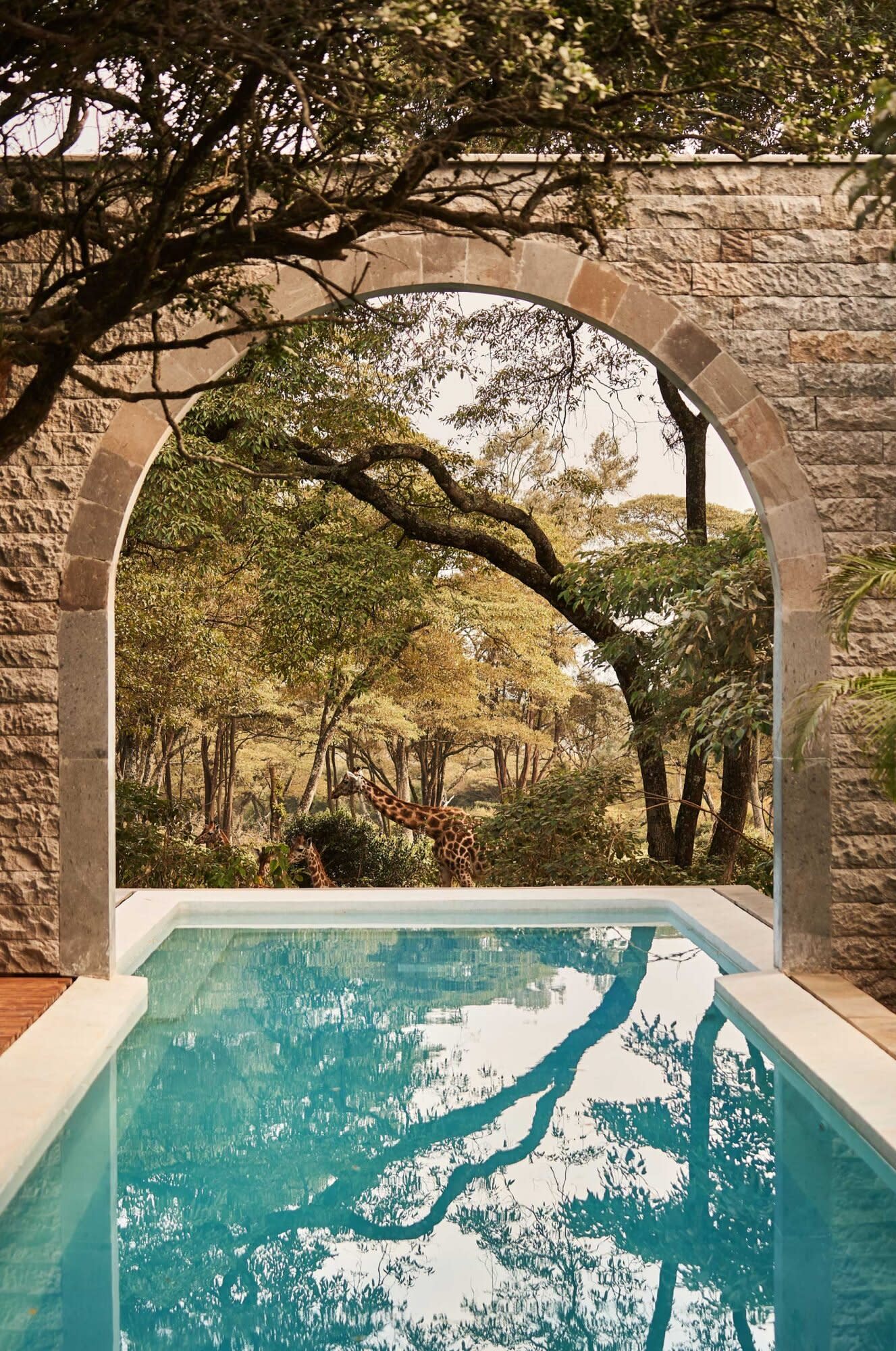 Caving around with giraffes isn’t just for breakfast and afternoon tea anymore. Kenya’s legendary Giraffe Manor has just added an epic new infinity pool where weary travelers can cool off while watching the giraffes play.

The Retreat at Giraffe Manor in Nairobi has a nearly 70-foot infinity pool designed for relaxing before or after a long flight. The property overlooks a wooded giraffe sanctuary and is a tribute to the original Giraffe Manor hotel, which has become world famous – and famous on Instagram – as a place to share breakfast or afternoon tea. with some of the longest creatures in the world.

And you don’t need to pay for a stay at Giraffe Manor to experience The Retreat, which includes a sauna, steam room, gym, and hot tub. Full-day or partial-day passes to The Retreat are available for $ 250 and include luggage storage. That’s a fraction of the over $ 800 per night you might expect to pay for a night at Giraffe Manor, where giraffes are known to poke their long necks in bedrooms and dining rooms in search of treats.

The retreat itself doesn’t offer overnight stays, but it does have sleeping spaces for a comfortable nap on a long layover. Each room is named after one of the property’s giraffes and includes a balcony. A cafe emphasizing healthy “farm-to-fork” cuisine is also on-site, and there’s a courtyard garden that’s perfect for an energizing cup of coffee.

Unfortunately, afternoon tea with Rothschild’s giraffes, one of the world’s most endangered giraffe species, is not included. But Giraffe Manor is only a few feet away for anyone who just can’t get enough of these elegant East African creatures and wants to stay a little longer.

Giraffe Manor and The Retreat are located on 12 acres of land in a wooded area on the outskirts of Nairobi. The main mansion traces its history back to the 1930s and the emergence of safari culture in East Africa

Old Minnesota Jail is a perfect Airbnb for Halloween SZN