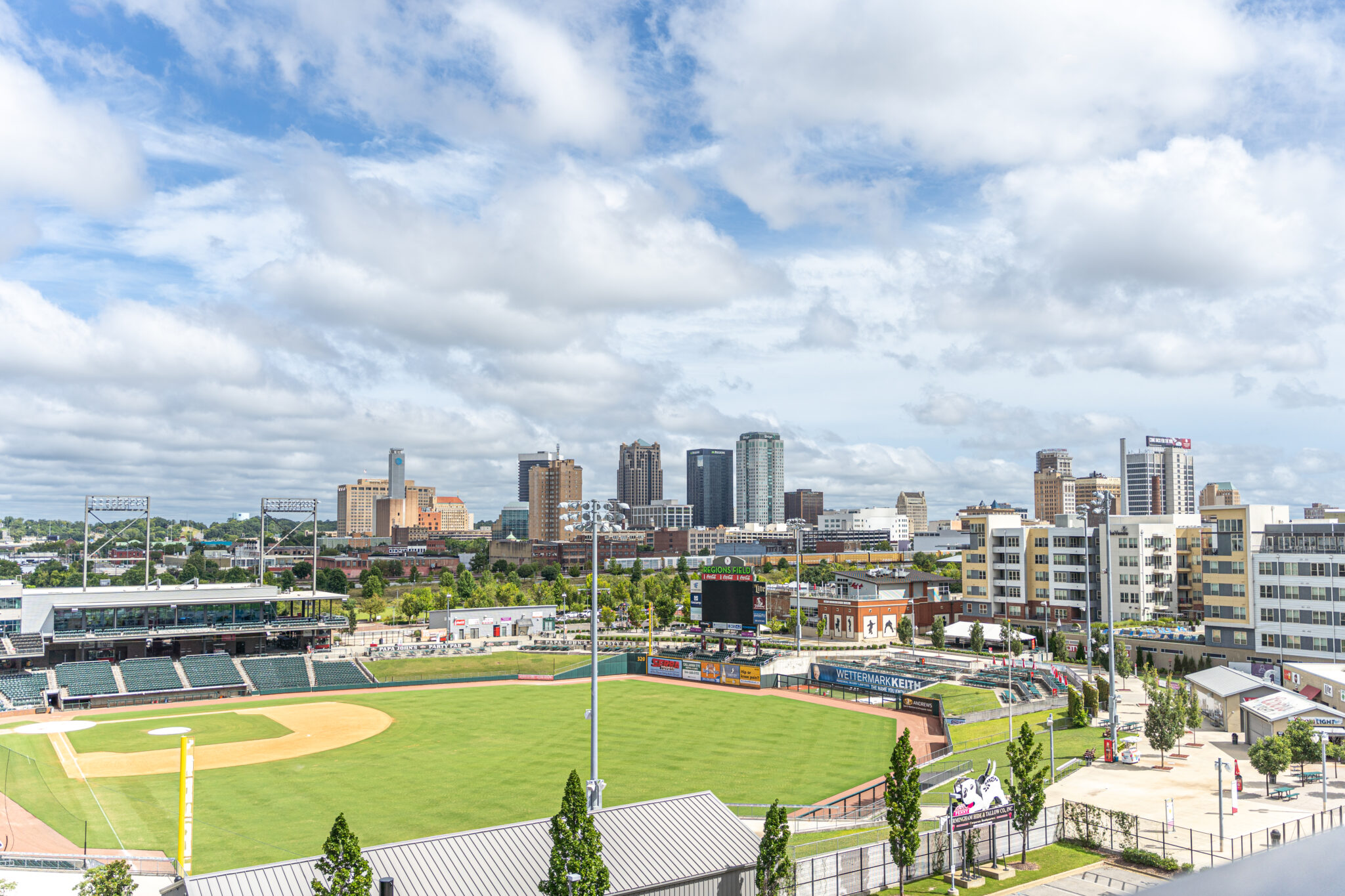 Birmingham’s Parkside area is one of The Magic City’s liveliest areas, full of delicious food, vibrant nightlife, plenty of green space to stay active and exciting new living spaces, including The Palmer. We’ve rounded up some of our favorite things about the neighborhood so you can make the most of your next trip to Parkside!

There’s never been a better time than now to live in the Parkside District. Click here to learn more about the benefits of living at The Palmer.

Your Guide to Birmingham’s Parkside

It’s easy to take Birmingham railway park for granted. However, just over a decade ago, the 17-acre park in the heart of the Magic City did not exist. After tireless work by a number of passionate Birminghamians, Railroad Park officially opened to the public on September 18, 2010.

In the years since Railroad Park opened, dozens of developments have sprung up around the new park. Regions field, an 8,500 seat baseball stadium for the Barons of Birmingham, opened in 2013. The Birmingham Negro Southern League Museum, which features memorabilia and information about African American baseball leagues, opened two years later. Several mixed-use housing communities – both brand new and adaptive developments of historic buildings – have made it easier for people to live, eat, shop and prosper in Parkside.

And the best part? Parkside continues to grow.

We’ve put together a guide to all the food, drink, nightlife, entertainment and more you need to know to get the most out of your trip to Parkside 🤩

Birmingham’s Parkside area is home to some of ‘Ham’s best food and drink. Whether you’re looking for a fine dining experience or a bite to eat on the way home after watching a game at Regions Field, Parkside has something for you.

Here are 7 places you can grab a meal (or a drink!) in Parkside, all within easy walking distance of The Palmer:

And that’s not all. Dos Hermanos Food Truck — named one of America’s Top 25 Taco Trucks AND the home of the best burrito in Alabama — sets up shop along 1st Avenue North from 9 a.m. to 2 p.m. Tuesday through Friday each week. Oh, and did we mention that Eterna Pizzeria and Caffe will soon be bringing an authentic taste of Italy to Printer’s Corner?

With a name like Parkside, it’s no surprise that this area is home to some of Birmingham’s most iconic green spaces.

railway park is the perfect place to enjoy nature inside The Magic City. In this 19-acre park, you can have a picnic, throw a Frisbee and fly a kite. A 3/4 mile trail circles the outer boundaries of the park, ideal for jogging and walking with stunning views of the city skyline. Additionally, Railroad Park is home to several ponds, which are often inhabited by several species of ducks. If you are lucky, you may also spot a heron!

If sports are your thing, you definitely want to visit Regions field to support the Barons of Birmingham during their baseball season. Regions Field is a popular spot for baseball fans, especially on Thirsty Thursdays!

Want to live within walking distance of Railroad Park, Regions Field, Red Mountain Theater Company and more? Click here to learn more about the benefits of living at The Palmer.

Want to plan a fun night out with friends? Birmingham’s Parkside area is full of exciting bars and breweries with live entertainment, local beers and more.

Fennec is one of the newest additions to Parkside’s nightlife, but has quickly become one of Birmingham’s most popular fun destinations. This unique place offers a menu of delicious bites, such as the Bandana Burger or the Peach Shortcake. When it comes to drinks, you can’t go wrong with beer, wine, or one of their unique cocktails. Additionally, the Fennec hosts live music five days a week. What’s not to like?

Although Monday Night Brewing was founded in Atlanta, their location in Birmingham—Monday night social club– has been a hit since opening in mid-2020. With popular beers like the Mr. Robot blackberry lemon sour, an extensive menu and lively decor, the Monday Night Social Club is a wonderful way to spend your nights in Parkside.

And that’s not all: Parkside is booming.

Parkside is already home to some of Birmingham’s most exciting developments, but there are several upcoming projects set to revolutionize the area, including:

Whether you live in the Parkside area of ​​Birmingham or enjoy sightseeing, Bham Now hopes this guide will help you discover new things in one of The Magic City’s most popular areas.

And if you want to know more about life at Parkside, be sure to contact the team at The Palmer, a brand new apartment community with stunning views of Parkside AND Birmingham.

What’s your favorite thing to do in Birmingham’s Parkside District? Tag us @bhamnow to let us know!

Between AirBnB and rental unit, a company is betting on nomads to stay in luxurious homes, if only for a short time