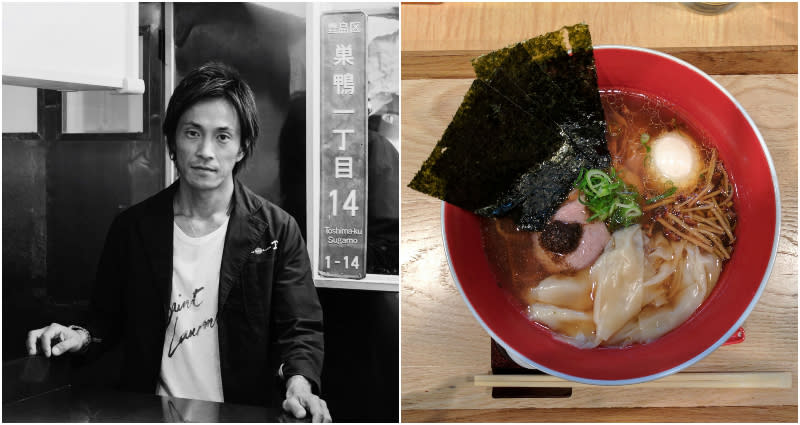 It wasn’t immediately clear when the famous Japanese chef – who founded Japanese noodles Soba Tsuta, or simply Tsuta – passed away. However, news outlets say he died of acute heart failure. His company, where he last worked as director and global chief executive, announced the news on Friday.

“Yuki Onishi was a meticulous and talented chef who founded the world’s first Michelin-starred ramen restaurant, Japan’s Soba Noodles Tsuta, boosting the popularity of this noodle dish beyond Japan’s borders,” said Tsuta. Global in a statement. statement. “On behalf of management, our hearts go out to his family, friends and staff around the world as we strive to continue his legacy.”

Onishi founded Tsuta as a small restaurant in Tokyo’s Sugamo district in 2012. It has since become a cult following, earning its first Michelin star in 2016.

Tsuta is known for its shoyu ramen made with chicken dashi and seafood infused with black truffle oil. Its main store is now located in the Yoyogi-Uehara district of Tokyo, while overseas outlets are currently to understand three in Singapore, two in Bangkok and one in New York.

More from NextShark: Costco’s Famous $4.99 Roast Chicken Has A Dark Side And The Company Is Being Sued For It

Onishi was born in Fujisawa, Kanagawa Prefecture in 1979. He started making ramen at the age of 18 in his father’s shop, Nanae Aji no Mise Mejiro, after graduating from high school.

At 22, Onishi pursued his dream of working in the fashion industry by becoming a merchandiser for a Tokyo-based fashion company. The position offered him opportunities overseas, but he quit six years later after realizing ramen was his true calling.

“Chef Yuki has dedicated his life to the pursuit of excellence in ramen, as he constantly thought of ways to make his ramen taste better,” Brian Chua, managing director of Tsuta Global, told The Sunday Times. “I remember him telling me that his goal was always to create the one and only original taste that differentiates him from others.”