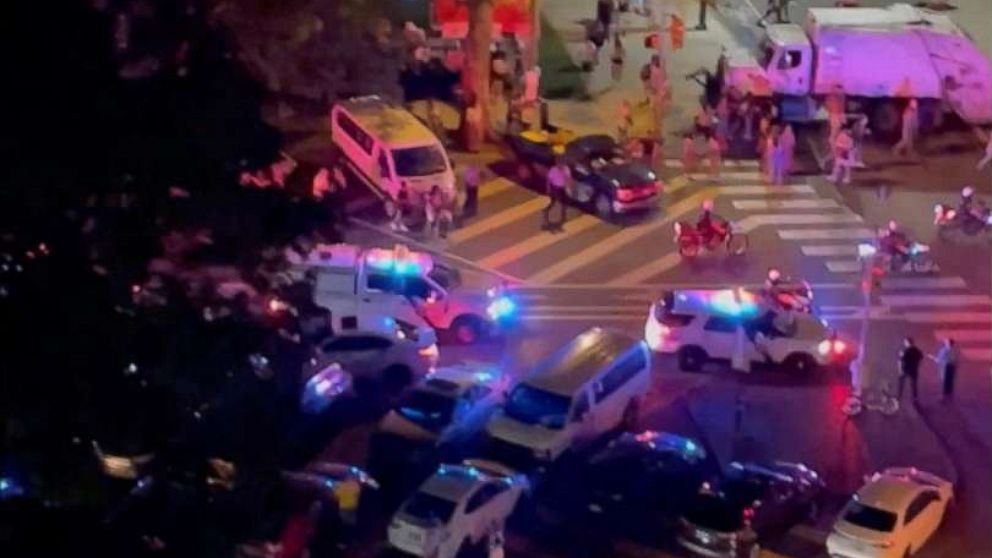 On Monday, two police officers were shot dead during a fireworks display and July 4 concert on the Benjamin Franklin Parkway in Philadelphia. Both officers were treated and released from hospital later that night, police said.

Sergio Diggs, 36, an officer assigned to Highway Patrol, sustained a scrape to the forehead, police said. The bullet stopped in the officer’s hat. He is a 13-year veteran of the Philadelphia Police Department.

The other officer, John Foster, who was assigned to the Montgomery County Bomb Squad, was shot in the right shoulder. The 44-year-old, who has 16 years of service, was on hand to provide security at the event, as was the other injured officer.

Officers were standing on the sidewalk at the foot of the art museum steps when the shooting began.

They were both transferred to Jefferson University Hospital for treatment, according to WPVIand the police said they had been released.

Filming took place in the city center on Monday evening. The Municipal Emergency Management Office recommended on Twitter to avoid the area.

This is at least the second incident of gun violence around an Independence Day celebration in the United States, after at least six people were killed in a shooting during a parade in Highland Park, Illinois.

A suspect in the Philadelphia shooting has not yet been named or arrested. Police said they are still investigating the shooting. A $20,000 reward is being offered for information that leads to the armed suspect’s arrest, according to WPVI.

Philadelphia Mayor Jim Kenney told a late-night press conference that the day had been “laid back and chill” – “but we live in America.”