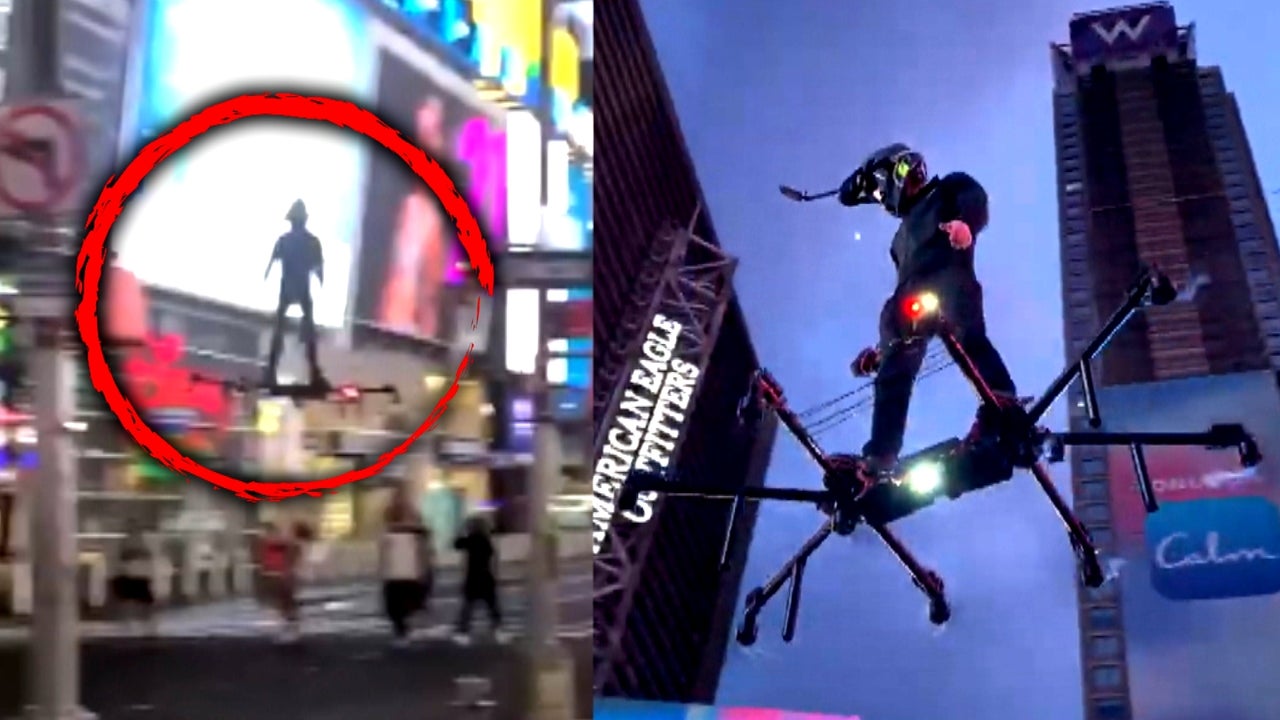 Green Goblin, is that you? A man recently spotted flying over Times Square on a hoverboard speaks to Inside Edition.

Hunter Kowald performed the stunt on stunned onlookers at the Crossroads of the World with a camera strapped to his helmet. And it looked a lot like the iconic “Spider-Man” villain.

“I’m the guy, you found me first!” Kowald told Inside Edition.

Kowald also designed the hoverboard plane and regularly posts YouTube videos of his thrilling flying adventures. Inside Edition caught up with him at JFK airport.

“It’s a high-tech device. I spent years on this thing to make it happen, at least to do it safely and properly. There’s a lot of safety built into this aircraft, so basically I could have two engines fail and still land safely,” Kowald said.

As cool as hoverboarding might be, it’s illegal to fly a drone-like plane in Manhattan without permission.

“You have to have someone in the mayor’s office who is okay with it,” said Randy Scott Slavin, founder of Yeah Drones Aerial Cinematography. “I guess it was totally forbidden.”

But Kowald says the stunt was legal: “We had permission and asked for it ahead of time, and everyone was around to make sure we did it right.”

The NYPD told Inside Edition, “We are aware of the video and are reviewing it.”