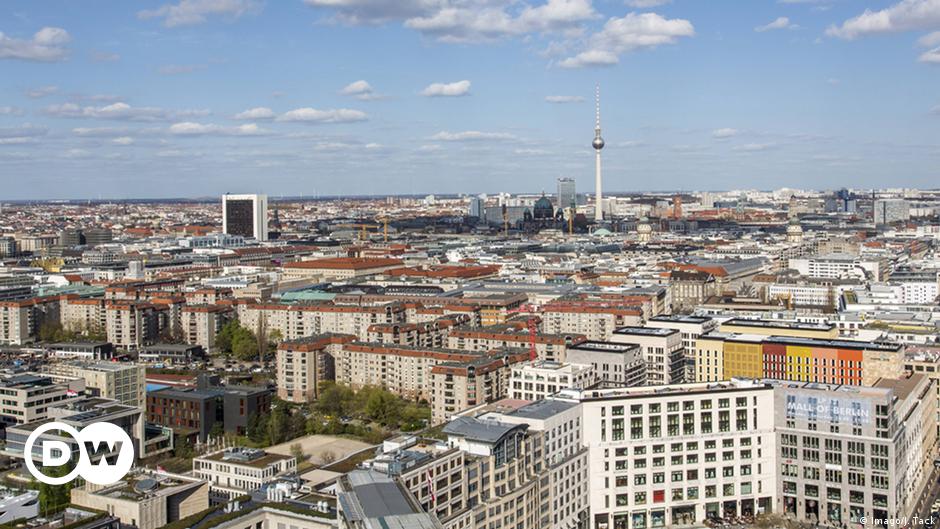 Berlin’s Friedrichshain-Kreuzberg district is one of the German capital’s most popular areas, with restaurants and bars lining its bustling streets that often lead to the city’s most famous sights to visit. Who is surprised that an ever-increasing number of tourists flock to the district.

Accommodation is just a click away as online portals such as Airbnb offer multiple choices for big and small spenders alike. According to the US online vacation rental platform, around 600,000 people booked accommodation in Berlin on its site last year.

Sebastian Olényi lives in Friedrichshain-Kreuzberg. He too used to rent his house to others. “My daughter lives abroad and I travel frequently for business, so it was quite comfortable to offer my apartment for rent,” he told DW.

But two years ago, the municipal authorities imposed a new law, called Zweckenenfremdungsverbotsgesetztde facto prohibiting so-called roommates like Sebastian Olényi from offering their apartments for a few days and a little money.

By law, it’s still legal to sublet rooms in your own apartment, but they can’t take up more than 50% of the floor space. If you want to offer more, you have to ask permission from the authorities – they are however rather reluctant to grant them. And if you are caught in the act of breaking the law, the penalty is quick, with the fines incurred often being in the order of several thousand euros.

Sebastian Olényi says the law hits the wrong people. “I think the law is extremely unfair because it affects everyone. It makes no distinction between those who only rent accommodation for one day a year and those who rent an apartment only to sublet it illegally,” says -he.

He argues that short-term rental does not cause a shortage in the housing market because rentals of a few days cannot be rented longer term.

Berlin’s crackdown on rentals, however, specifically targets landlords who offer apartments for more than a few days. Authorities have reported that illegal rental takes place under different guises.

One being that multiple people join a scheme where they live together in one of their apartments while renting out the other, or others, to tourists for profit. There have been instances where even the true owner of the apartment was unaware, they say.

Another system is based on a law allowing people to register their second home, which means that a person can officially live in two different German cities. This includes the right to sublet an apartment for several days provided that the tenant at least temporarily lives in both apartments and can prove it. But authorities have found that in a growing number of cases this is not true and the second home is in fact being rented out to tourists.

In addition, large investors are buying entire rental houses, renovating them, and then renting out all the apartments to tourists, further compressing the housing market.

The situation in Berlin, where housing was affordable for much of the past two decades, is not known to larger western German cities like Hamburg and Munich. They have been struggling with illegal rentals for much longer.

In Berlin, a task force of 62 specialists scour the internet for suspicious offers or, more often, they act on clues from tenants who report unusual comings and goings in their neighboring neighborhood. In cases where they are prohibited from checking tenants, they are even allowed to call the police to gain access to an apartment.

Currently, the courts of Berlin are faced with numerous lawsuits concerning illegal rentals. And as always, a legal battle is claiming casualties on both sides, so more and more homeowners have taken to suing the city for being treated unfairly by authorities.

Nevertheless, since the new law came into force, Berlin has been able to recover nearly 6,000 apartments for the general housing market, which were previously illegally rented out as holiday apartments.

In the spring of 2018, the Zweckentfremdungsverbotsgesetz will be subject to review. The amendments currently under discussion in the city’s parliament include allowing occasional roommates to rent their apartment for a period of 60 to 90 days a year. This figure roughly equates to what Berliners take on vacation or the number of free weekends in a year.

Sebastian Olényi would certainly appreciate such a modification of the law: “We all understand and share the intention of the city. We, too, do not want whole apartment blocks to be turned into holiday homes. But what we also want is that tenants, who actually live in an apartment and may only be away for the holidays, are allowed to sublet their accommodation.”

Read more: Germany is building too few houses, and the wrong kind

With the new regulations, Berlin would follow the example of Hamburg, where it is already in place and has eased tensions between housemates and the city. The tense situation in the housing market in Berlin, however, is not expected to dissolve any time soon.

Inside the interesting world of container transport