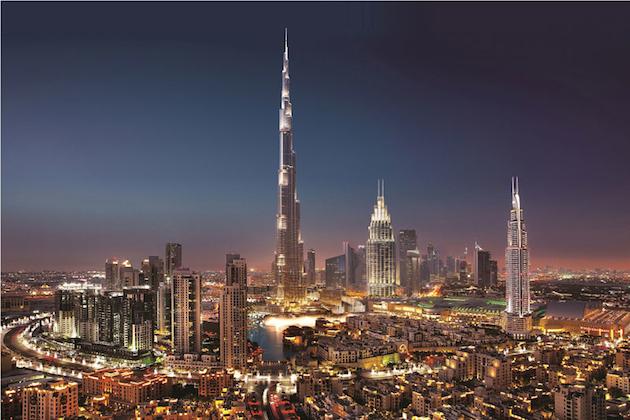 Home to the tallest tower, the Burj Khalifa, downtown Dubai is also home to the Dubai Mall, one of the largest shopping complexes in the Middle East, and tens of thousands of new apartments and villas.

As property prices and rents in Dubai plummet over the past five years, apartment and villa owners are looking for ways to compensate. Short-term vacation rentals using services such as Airbnb have become popular. Similar to situations elsewhere in the world, short-term rental is often opposed by other owners of apartments in buildings designed for long-term residential purposes.

“As part of our ongoing efforts to improve the well-being of your community, we wish to inform you that after much deliberation and requests from residents, vacation home operations will be ceased by September 19, 2019 in all the communities of downtown Dubai “, opinion distributed to owners said.

While Emmar says the policy change came in light of multiple requests and complaints from residents, it appears there has been no public consultation, let alone solicitation from all apartment owners and of villas (not just those who complained).

There are arguments for and against short-term rentals, but a total ban is imposed after most of the apartments and villas built and sold, seems arbitrary. In other parts of the world, legal entities in apartment buildings have been left to set their own regulations in this area, with majority rule. It is not known under what authority Emaar issued his directive. Most of the owners would have signed purchase agreements that would have defined the rules and regulations of the main community.

Nonetheless, Emaar is the biggest player in Dubai’s real estate market and is partly government owned, so it is unlikely that he has not established a legal basis for his move, which will be popular with some homeowners and unpopular with others.

“In the following days, the necessary steps will be taken to ensure that this change takes place as part of a streamlined process so that our residents are not affected,” said the Emaar statement.

“Owners operating their apartments and villas as vacation homes are kindly requested to cease these activities before September 19, 2019.”

Emaar says his plan is to “restore the community to the serene, safe and peaceful neighborhood it is meant to be.”

The move will likely benefit Emaar’s hotel operations as well. The group is by far the largest hotel operator in downtown Dubai, operating several hotels of significant size.

The measure could also help its commercialization of the group’s latest development, a huge high-rise apartment project at Emaar Beachfront, an artificial island connected to the mainland opposite the Dubai Marina. The building is sold as a project dedicated to seasonal rental, with free management for the first 3 years and a 50% concession on transfer costs.

“Invest and earn up to 50% more. Facilitated by Emaar, turn your apartment into Airbnb. Hassle-free,” says the marketing brochure.

To help! There’s a bear in my Airbnb