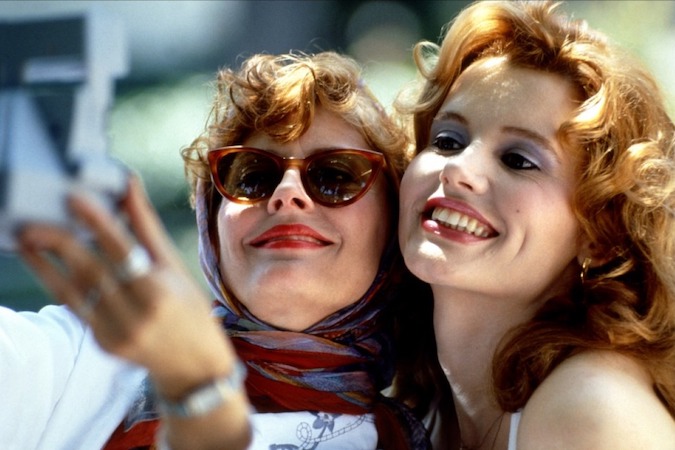 RIP Lisa Marie Presley; Amanda Seyfriend does a Thelma and Louise musical; aspiring Teela goes all-in to get a role in the new masters of the universe; and we all go into the captivating Netflix doc The hitchhiker wielding the axe. All in today’s Movie News Rundown.

Out today: The theater tour starts today for jethicaan SXSW sensation that director Pete Ohs shot in the New Mexico desert for under $10,000, using a location he found on Airbnb for $100 a night and hand-picked costumes from the cast in thrift stores. Here’s how he did it.

Hatchet Work: Have you watched Netflix’s new #1 true crime documentary? The hitchhiker wielding the ax? It examines how social media contributed to the bizarre rise of a violent but hugely charismatic folk hero drifter — and his horrific downfall. It’s also the rare true story of a crime that has exactly the right length – a tight 87 minutes. That means he left out a few things, and we’re happy to help. Here’s why Kai the axe-wielding hitchhiker had a hatchethere are some background on the guy he hatchedand here seven other things you might not know after watching the movie.

Teela: Emily Ashby and Jonathan Martin are a filmmaking couple who share an undying love for He-Man and the masters of the universe. When they learned of the arrival masters of the universe feature film, they decided to do perhaps the most elaborate self-cassette audition ever, in which Emily, as Teela, weeds out the bad guys with acumen and feminine flair, him shooting it as Teela. here is the story of “Teela and the Masters of the Universe”, which you can watch below.

Amanda Seyfried: After a mysterious announcement that she wasn’t at the Golden Globes because she was “in the middle of creating a new musical,” the entertainment press began a race for detail – and The variety won. He reports that Seyfried is involved in the workshop of a Thelma and Louise musical, and that Evan Rachel Wood also joined the project. The variety adds that the musical has been in the works since 2021, with screenwriter Thelma & Louise Callie Khouri attached. Neko Case is handling the score and Haley Feiffer (“Dear Edward”) is writing the book.

Golda Meir: A new biopic about Golda Meir starring Helen Mirren as Israel’s prime minister will premiere at the Berlin International Film Festival next month, Agence France Presse reports. Mirren’s casting raised eyebrows because she’s not Jewish. Mirren said she asked the film’s Israeli director, Guy Nattiv, to carefully consider whether she was right for the role, and he decided she was.

Wandering Cinema: Neal Dhand, filmmaker and adjunct professor at Temple University, has announced the location of his latest Wandering Cinema retreat, where filmmakers come together to seek inspiration and recharge. This year’s event will be held in Segovia, Spain, north of Madrid, and will feature classes, workshops, fun with new equipment, eating, drinking, swimming and watching movies. It doesn’t seem so bad. You can learn more here.

RIP Lisa Marie Presley: The singer and philanthropist has lived a turbulent and difficult life, which ended tragically yesterday, just days after celebrating the film Elvis at the Golden Globes. Besides being the only daughter of Elvis and Priscilla Presley, she was the mother of Riley Keough and the ex-wife of music producer Danny Keough, Michael Jackson, Nicholas Cage and music producer Michael Lockwood. . Although no cause of death was revealed, she was taken to hospital after paramedics came to her home to help a woman who had suffered cardiac arrest. “It is with a heavy heart that I must share the devastating news that my beautiful daughter Lisa Marie has left us,” Priscilla Presley said in a statement. “She was the most passionate, strong and loving woman I have ever known.” Said Cage in a statement: “Lisa had the biggest laugh of anyone I have ever met. She lit up every room and I’m heartbroken. He also said he found “some comfort in believing that she is reunited with her son Benjamin”, who died in 2020.