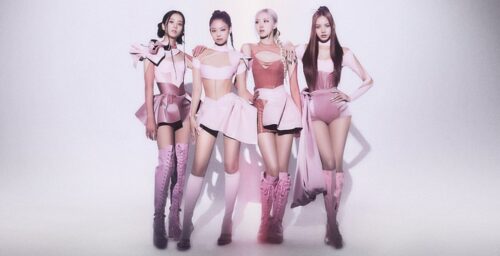 Fact: Being a K-pop fan is an expensive hobby. And no one knows that better than BlackPink fans.

The group, made up of members Jisoo, Lisa, Rosé and Jennie, are set to kick off the Born Pink World Tour in October before heading to Canada with two performances scheduled at the FirstOntario Center in Hamilton on November 6 and 7.

Ontario fans were thrilled to finally have the chance to see their idols in person; however, the ticket prices left many in shock.

Prices reached as high as $1,400 for floor tickets, putting a dent in many wallets and dampening the excitement. Fan reactions ranged from anger…

I just bought $770 CAD worth of tickets for day 1 (GA seated) and day 2 (VIP Deluxe) of the BLACKPINK concert in Hamilton 😭💀 This is probably the last time I will spend money on the see. This year’s prices are ridiculously expensive for almost the same perks we had on the last tour 🙄 pic.twitter.com/45EqcBR62K

I didn’t get the ultimate because I was out of money😞 pic.twitter.com/kQxFeHGhK9

OH MY GOD! BLACKPINK TICKETS FOR HAMILTON ONTARIO ARE A BASE PRICE OF CA$450! 😩 #blackrose

Others did the math, which probably didn’t help anyone feel better.

Damn. blackpink hamilton tix are so expensive. for context, my girlfriend in our group is seated ten rows back and we only pay $250. but since it’s 10 rows ahead of us??? they pay three times more?? mad pic.twitter.com/cym6zRDl8l

But the high prices weren’t enough to deter other fans who were willing to shell out hundreds (or even thousands) to see their idols live.

So grateful to have been able to get two tickets to see #BLACKPINK in Hamilton!!!! I can’t wait to see the girls and the other BLINKS! ☺️#BORNPINK #BLACKPINKWorldTour2022 pic.twitter.com/frGkh3Fojr

For those who have waited years to see BlackPink in concert, this will undoubtedly be an incredible moment.

heART event in St. Catharines to highlight the burden of heart disease