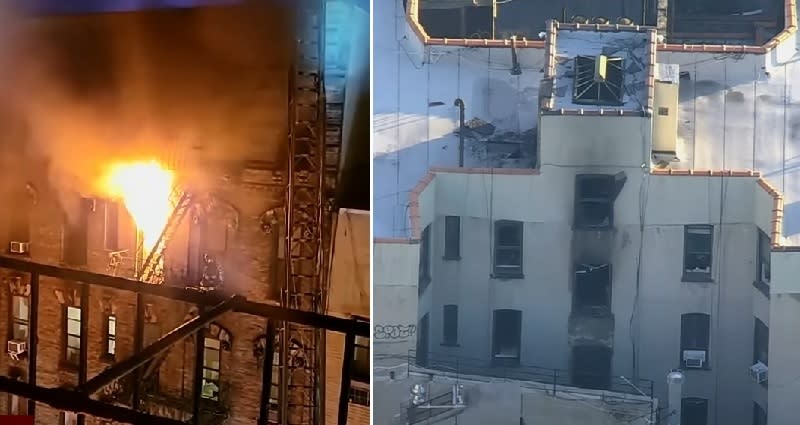 Residents of an apartment building in New York’s Chinatown that was destroyed by fire in April are frustrated by overdue repairs to the building.

The fire that started in the building owned by Eighty Mulberry Realty Corp. on Mulberry Street left two dead and 37 tenants displaced.

Although tenants were able to recover their belongings, they are unable to return to life in their apartments until the units are repaired and deemed habitable again.

“We’ve all been moved since then, with just a complete question mark over when we’re going to return to the building and when repairs will be made,” resident Anela Chan said.

Eighty Mulberry Realty managing agent Lance Steinberg said he wanted the tenants to move in as soon as possible, noting that they had recently obtained work permits from the city’s Department of Buildings. However, the company has not yet issued the work permits to the contractors to carry out the repairs.

According to Steinberg, the units on the lower floors should be completed within 60 days while the rest of the building, made up of the upper floors most damaged by the fire, could be finished by February 2023.

Councilman Christopher Marte, who represents lower Manhattan, disagrees with the timeline, which coincides with what a housing court judge imposed.

Marte demanded that the Buildings Department and the landlord “expedite the process and make sure this building is safe for tenants to return home.”

Chan, who lives on the fifth floor – where the fire originated – said she had spent hundreds of hours looking for temporary accommodation. She found a sublet through Airbnb and had to spend around $5,000 on rent, utilities and new supplies.

“Our insurance company actually said four months was too long, it was an unreasonable amount of time to fix a building, so we currently have to pay for all the extra expenses ourselves,” Chan said.

The city has pledged to expedite any necessary reviews or inspections while monitoring the progress of the building’s restoration.

The non-profit organization Think Chinatown organized a fundraising campaign on GoFundMe for the benefit of tenants, which has so far raised more than $61,000.

Farm chain acquisitions will mean the end of a household name