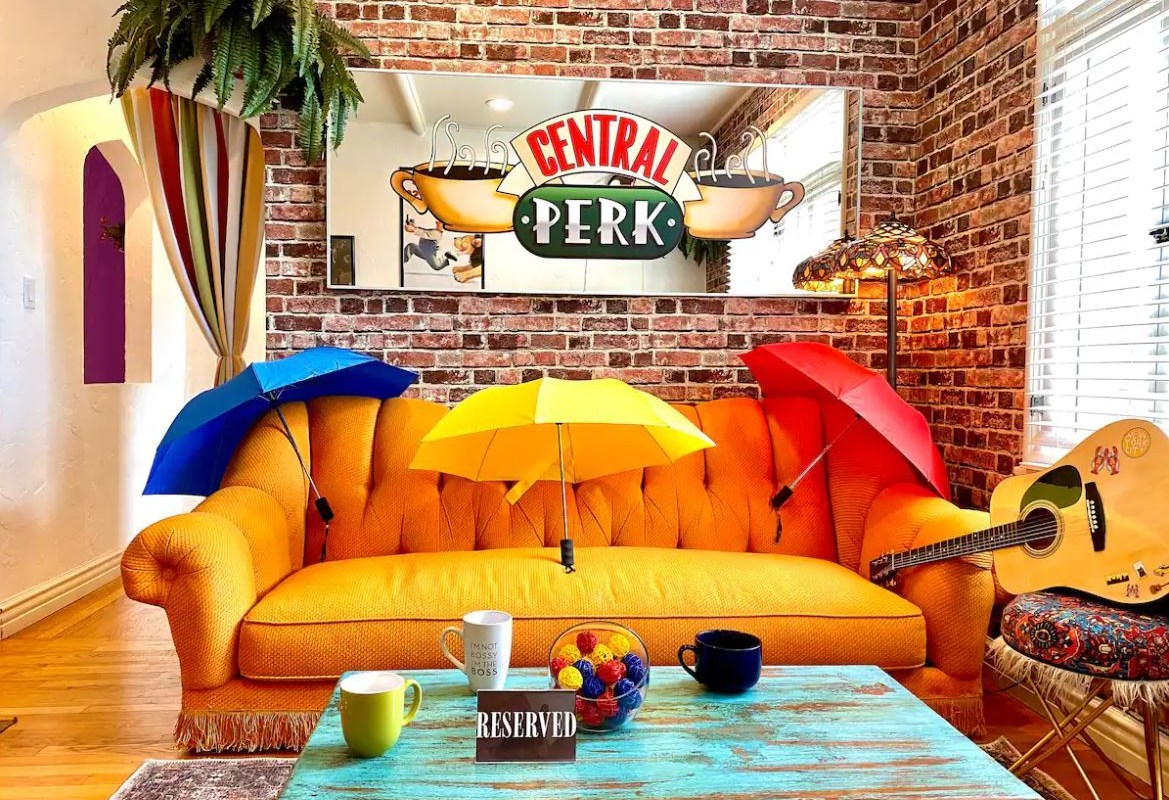 FRIENDS fans can make their dreams come true with an Airbnb based on the popular TV show – with a mini Central Perk.

You can also use the guitar in the area and play some of Phoebe’s iconic songs, including Smelly Cat.

The kitchen is similar to Monica’s apartment with bright blue cupboards, while a foosball table from Joey and Chandler’s apartment is also included.

Passionate fans will be able to spot the smallest details of the show scattered throughout the apartment – a copy of The Shining sits in the fridge, while the Hugsy Penguin toy is in the bedroom.

Even the purple front door has the yellow picture frame around the peephole, as well as an Etch-a-Sketch on the wall.

A replica of the script for the series’ pilot episode is also available with a scene that was never aired.

To spend the evenings there are Friends board games and a TV for watching the series – plus the Gellar Cup for the winners.

However, it is also in a great location as it is in Beverly Hills in Los Angeles.

The apartment is an eight-minute walk to the Beverly Hills Electric Fountain – the owner challenges guests to create their own Friends opening scene.

The Airbnb has been open for several years but recently underwent a renovation with the Friends features.

Unfortunately, holidays in the United States cannot yet take place for the British, due to the border closure with the United Kingdom.

However, it is hoped that a travel corridor could open up between the UK and the US due to the successful deployment of the vaccine in each country.

We’ve rounded up some of the famous TV show and movie homes you can actually stay in.

In the UK you can stay in a Titanic themed Airbnb with each room based on parts of the movie.

The mansion of the Fresh Prince of Bel-Air even opened its doors last year, but only for the lucky few.

Deleted scenes from Friends show Monica and Chandler being held, Ross naked, and other footage that was never aired