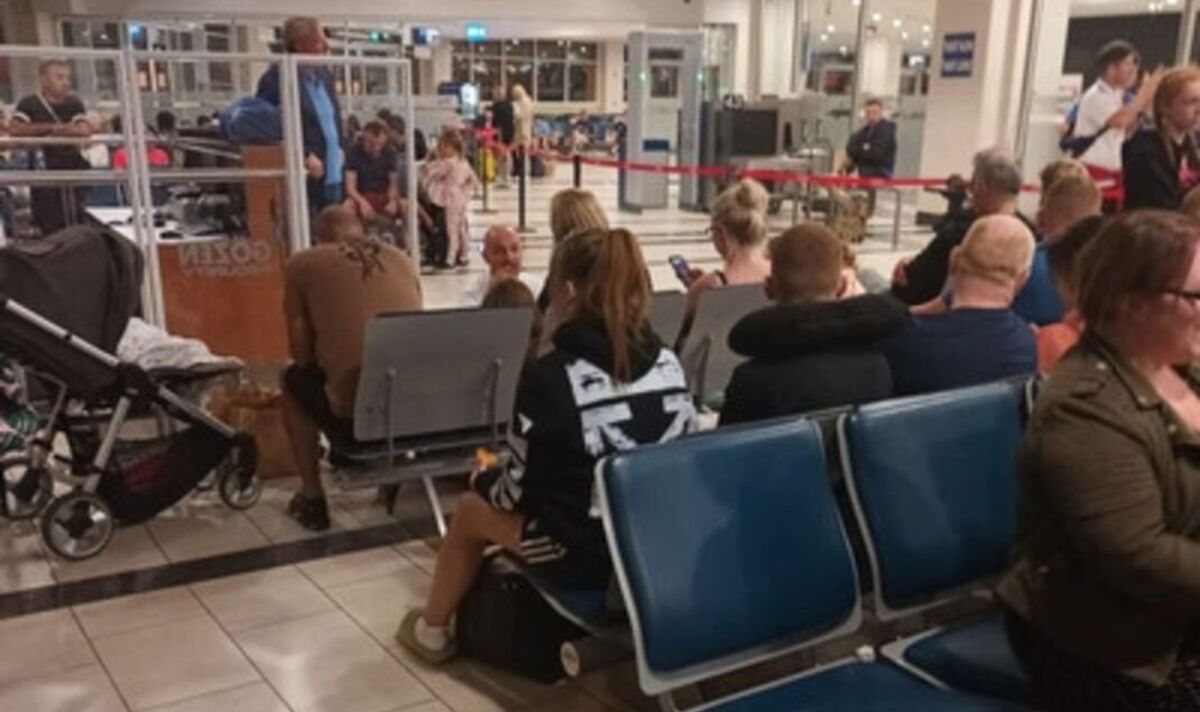 A getaway from the stress of grief has become a nightmare for a Greater Manchester family after they and other Jet2 passengers were forced to wait the better part of two days to get home.

Although initially hesitant to go, given the circumstances, Kelly Orford had taken her two sons on a week-long getaway to Antalya in Turkey a few weeks after their father’s death, hoping the time spent would benefit the grieving family.

Talk to Manchester Evening NewsMs Orford said: ‘When the holidays came around I didn’t want to go because I was in absolute pieces.

“However, the boys wanted to go and I convinced myself that it would be good for me.”

Ms. Orford’s mother had paid for the trip following the death of Henry Nagai, Ms. Orford’s fiancé and father of their two children.

Mr Nagai, affectionately known as Henz, was found unconscious at work in the early hours of August 26 while working as a security guard.

Despite the best efforts of paramedics, he was pronounced dead at the scene, aged just 43.

“A part of me left with him”, Ms. Orford said at the time“We loved each other more than anything. I’m completely devastated. Life isn’t the same.

“I miss him so much and the last few weeks have been absolute hell. His kids are broken, we are lost without this amazing man. I would do anything to get him back.”

Ms Orford, an IT consultant from Stretford, had flown the family out on October 14, hoping to enjoy a week in the sun.

However, things started to go downhill when they were due back at Manchester Airport at 11.55am on October 21.

Initially the family were told there was a hydraulic fluid leak from the plane and that new parts had to be ordered to fix the problem, meaning they would have to be fitted overnight in a hotel 40 minutes away.

The following day, Ms Orford and her children returned to the airport and boarded the plane, only to be told the issue still needed to be resolved and would result in a two-hour delay.

However, four hours later, with no food or water, the family was still on the plane, which had yet to take off with “collapsed people” and “sick children”.

After finally being ordered to disembark, Ms Orford claims they had to wait another four hours before being told their flight had been canceled and they were transferred back to the hotel.

The flight from Antalya to Manchester Airport would finally depart at 10.30am on October 23 – 46 hours after the family was due to return home.

“It was traumatic,” Ms. Orford said of the experience; “I’m so sad for everyone, but especially my babies, because it was meant to be relief from the worst time in their lives.”

“Since we got back, if someone asks my five-year-old son how his vacation was, he doesn’t talk about the fun stuff. He talks about the plane crash.”

“My son has been anxious since his father died. Putting him back on a broken down plane traumatized him. Every time we were transferred we had to go through arrivals and then through security.”

“I currently have four stamps in my passport due to the time we had to travel in and out. Most people’s suitcases have also been broken or broken – mine is completely broken – so none no care is given to our belongings either.”

“It made the worst times of our lives even worse. I’m an emotional wreck.”

“It turned my plane-loving boy into a nervous wreck; I now have a battle on my hands trying to convince him to get on a plane so he can see his father’s resting place and family in Uganda in January. We were treated like caged animals.”

In response, Jet2.com told MEN in a statement: “We would like to sincerely apologize to Ms. Orford and her family, and to all other customers affected by the unforeseen delay, which was caused after the cockpit crew correctly followed standard procedure after noticing a minor fault indication.”

“While we understand the enormous inconvenience this causes, we will never compromise on everyone’s comfort, safety and well-being. We have provided guests with hotel accommodation on both nights, and our teams have worked tirelessly to take care of everyone.”

“We can confirm that a replacement aircraft flew to Antalya on Sunday (October 23) and customers were flown the same evening.”