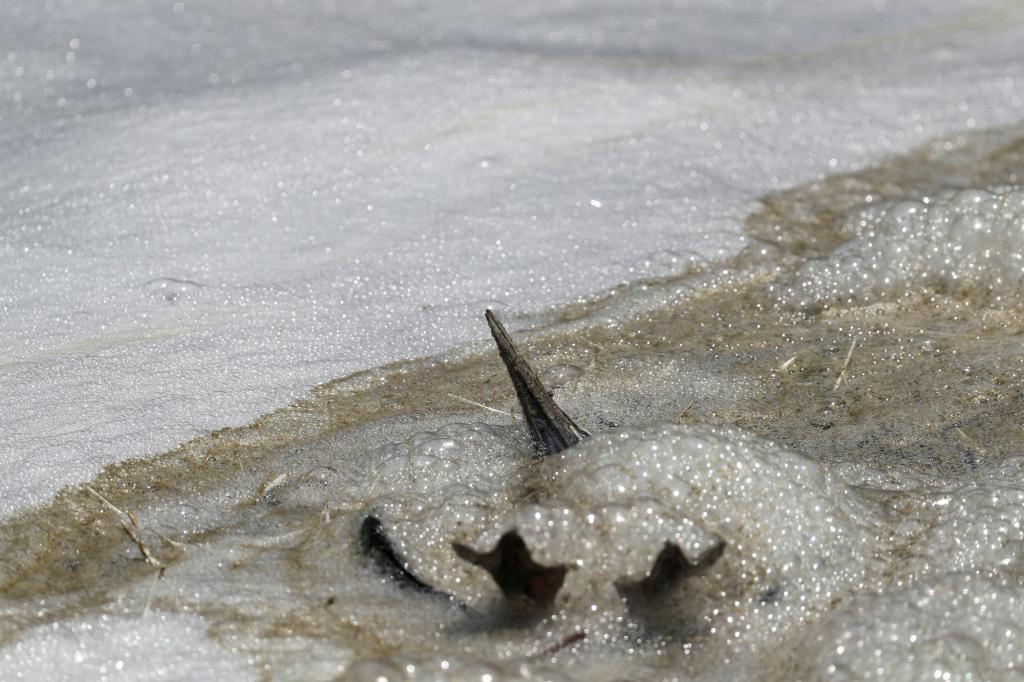 Isla Pescadores, Peru – Dotted with fishing boats and thousands of hungry seabirds, from afar, Peru’s protected Isla Pescadores – Spanish for Fisherman’s Island – looks much like it always has.

But what’s different now is that the boats aren’t fishing the island, they’re cleaning up an oil spill.

Almost a month after more than 10,000 barrels of crude oil spilled in the Pacific Ocean From an oil tanker being loaded at a Repsol SA refinery near Lima, the capital of Peru, seabirds are still dying from oil floating in the water they have plunged into.

The government has banned fishing near the spill, which President Pedro Castillo called Peru worst environmental disaster in recent history. The Spanish oil company has hired professional companies and fishermen to help clean it up.

On Wednesday, authorities recovered 16 dead birds covered in oil and rescued three that were barely alive on Isla Pescadores, about 4.35 miles off the coast of Lima province. In total, they counted 15 oil slicks.

A five-hour trip to the island with a team from Sernanp, the agency responsible for overseeing Peru’s nature reserves, underscored the extent of the Jan. 15 spill in Peru’s Pacific waters.

“For some people it’s as if it’s already passed but we can still see the effects,” said Giancarlo Inga Diaz, veterinarian at Sernanp.

One of the rescued birds – a black-and-white Guanay cormorant – looked monochromatic black, its white chest and belly covered in oil.

Before the spill, the island was home to 160,000 Guanay cormorants, according to Sernanp, as well as large numbers of Peruvian boobies and Humboldt penguins. These birds are threatened by oil, which is most visible on their chest and beak.

“The problem is that when they clean their feathers, they end up swallowing the oil,” said Carlos Saldana, a Sernanp official.

The oil slicks, Sernanp officials said, are no longer thick black sludge like in the first days after the spill. They are now diluted and brownish, making them harder to spot.

Miguel Ramirez, a fisherman working for Sernanp who makes daily trips to Isla Pescadores, said they are finding more dead birds every day.

“What happens is they get sick. It takes a while for the disease to become serious and then they die,” Ramirez said.

The teeming colonies of coastal birds were the most important driver of Peru’s economy during the 19th century after independence from Spain, as guano – the Quechua word for bird droppings – was prized as fertilizer.

The overexploitation of this resource prompted the creation of a national reserve extending along the Peruvian coastline to protect the guano islands and their birds, including Isla Pescadores.

Repsol acknowledged that many marine animals were still covered in oil after the disaster.

“Remains continue to exist, particularly in hard-to-reach areas (cliffs and rocky areas), where clean-up tasks continue,” the company said in a statement to Reuters, adding that it was paying a zoo to help feed the rescued animals. health.

Peruvian regulators say Repsol took too long to clean up the spill, but the Spanish company says it is working as quickly as possible and has been denied access to protected areas affected by the slick, such as Island Pescadores.

Repsol said it would finish cleaning up the ocean later this month and complete the set cleaning at the end of March.

The cause of the spill, which occurred while oil was being unloaded from a tanker at Repsol’s La Pampilla refinery, the country’s largest, is still under investigation.

The company blamed it on abnormal waves triggered by a volcanic eruption off the island of Tonga.

Prosecutors are investigating whether there was negligence and have banned four senior executives from leaving Peru for 18 months.

On the edge of Isla Pescadores, a fishing boat docked the Sernanp vessel in the afternoon. A fisherman reports a thick slick in a nearby cove inaccessible due to strong currents, with at least four dead birds.

“I hope you can do something,” a fisherman said as he handed Sernanp officials a sick seabird.