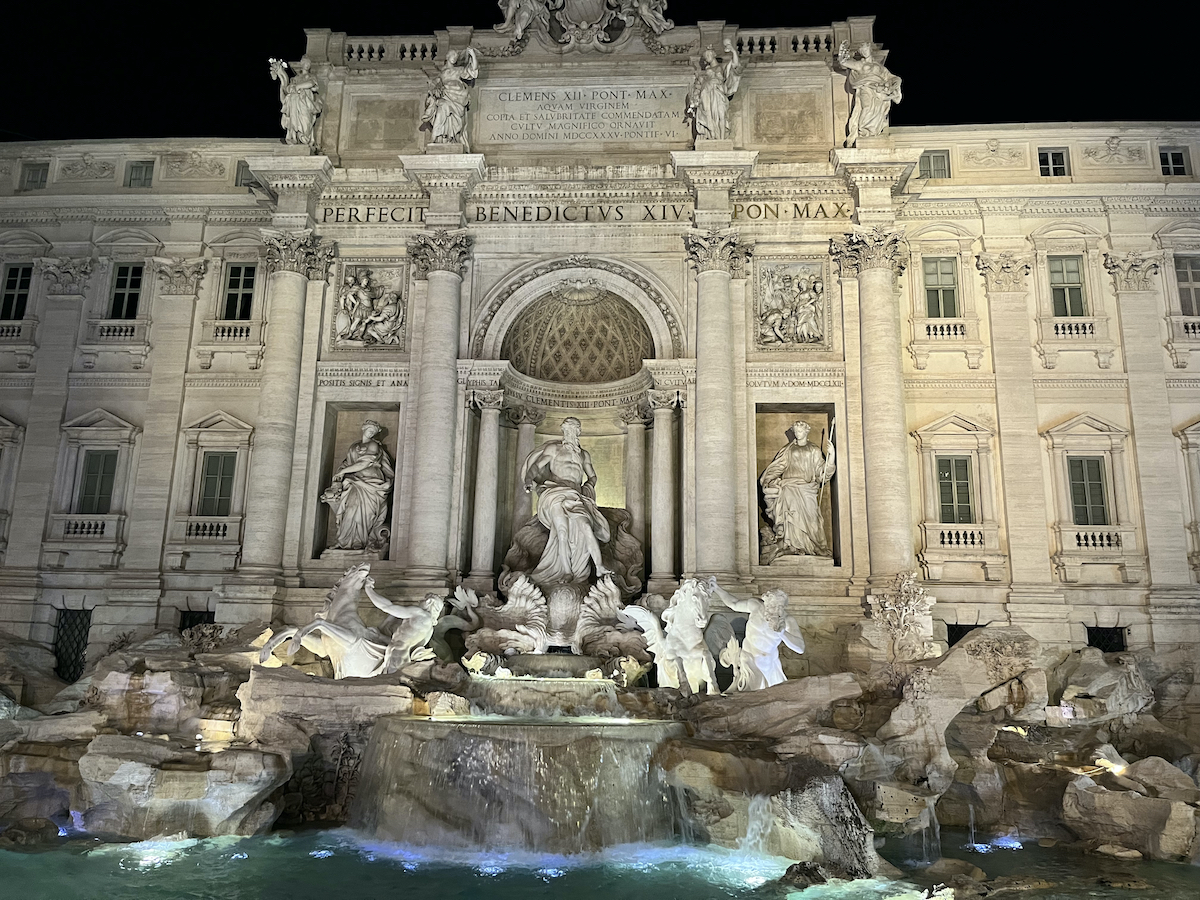 Shortly after scoring a great deal on a recent international flight, I took a closer look at my booking and found a little surprise. The drive home – Split to St. Louis – was going to take 36 hours.

After further consideration, I realized I was going to have an overnight stopover in Rome. While some might see this as an inconvenience and try to book again, I was absolutely thrilled. It had been years – since my honeymoon, in fact – since I had visited the Eternal City. I was determined to make the most of my 15 hours in Rome and managed to make it a fun and memorable end to an already amazing vacation!

Here’s how I did it, and how you can do it too.

1. Have a solid transportation plan

Getting out of the airport and into your layover city as quickly and painlessly as possible is key.

In my case – arriving in Rome at 5:00 p.m. local time and having to leave at 8:00 a.m. – taking a taxi or carpooling was not the best option. I knew I would struggle with traffic going both ways, and it would cost valuable time and money. Instead, I booked a return ticket on the Leonardo Express, a direct train that leaves Leonardo da Vinci-Fiumicino Airport approximately every 15 minutes. It drops off passengers at Termini Station, a transportation hub located in the heart of Rome. It’s economical, around $30 for a return ticket, and the trip only takes 30 minutes. Plus, the trains are clean, comfortable, quiet, and largely on time. Score!

It is also important to determine in advance where you will call your home base during your brief stay in a stopover city. I decided that I wanted to be in the center of Rome, walk as much as possible and see as much as possible during my evening. I also wanted to stay as close to Termini as possible, so I could quickly drop my bags, freshen up and leave immediately. Last but not least, I also wanted to make sure I was in both a lively and safe part of town.

Again, a little research when choosing your accommodation goes a long way to making your overnight stopover a success. I ended up choosing an Airbnb apartment just a 10 minute walk from Termini. My host – who was highly rated – was in touch with me as soon as my flight landed, kindly met me at the apartment and gave me some quick recommendations before leaving. After that, I unpacked my travel bag, made myself a bit more presentable, and continued my Roman adventure.

3. Assemble a shortlist of must-haves

While much of the magic of a quick overnight layover is left to chance, I found it helpful to map out a few must-see spots. Rome is beautiful at night; it really shines. I knew I had to see the amazing Colosseum and the magnificent Trevi Fountain. Even at night, I suspected that the observation of passers-by would be fabulous. Another advantage: as in other places in Europe, the Romans like to go out late. I knew the cafes, bars, and most importantly, the ice cream shops would all be open as I wandered around all evening.

Yes, it is unfortunate that many sites were closed during my short stay in Rome. It’s also a bummer that you can’t see as much as you want with extremely limited time. However, seeing a few favorites at leisure – and beautifully lit, by the way – was much better than not seeing them at all. It’s all about perspective, and I was glad to have the whole night ahead of me. I made sure the navigation on my phone was ready to go and quickly got my bearings before heading out.

Of course, you can rent a car and drive around the sights of the city on an overnight stopover. It’s a perfect choice when your time is limited or you have mobility issues. However, I knew I wanted to take my steps, especially since I had a long international flight the next day. And when I took a look at the navigation from my apartment to the Colosseum and then up to the Trevi, I knew it was going to be an ambitious night.

But the weather was perfect, I had great running shoes and comfy socks, and I was so excited to get out there. I’m extremely picky about direction, so having a navigation app on my phone made all the difference. While walking, I stopped to take a look at different monuments and interesting buildings. I wasn’t on some kind of schedule or in a rush. It was a nice ride, and I always felt safe, even solo.

By the end of the night, I had covered 7 miles. I was tired but so happy. I easily reached my two pre-screening sites and burned a few calories doing it.

Speaking of calories, I absolutely filled up before and during my nighttime jaunt around Rome. It was one of the things I was most looking forward to, after all!

On the recommendation of my apartment host, I first headed to a small osteria with a terrace and no menu. Instead, my server brought a large sandwich board to my table, listing all the pastas and evening dishes. I chose a simple cacio e pepe, elegant and simple but so hard to do at home. Accompanied by a lovely Italian red and green salad, it was the perfect carb boost I needed before my big night on the town!

From there I headed to the Colosseum, then zigzagged up to the Trevi. I knew I was getting closer as the streets, filled with cafes and shops, became more crowded. After tossing my coin over my shoulder, I stopped for ice cream before heading back to the apartment. Along the way, I stopped at a local’s cafe for a cappuccino. My final stop of the night was at a small grocery store near my apartment, where I grabbed half a bottle of prosecco and some fresh figs for a perfect nightcap while watching some late-night Italian TV.

For me, one of the best parts of an international trip – no matter how long – is sampling the food and drink. Be sure to do the same on an overnight stopover. It doesn’t matter if you make a fancy reservation or just whip up a late night menu like I did, you won’t regret it. They are still vacation calories, after all!

While I had a good idea of ​​the ground I wanted to cover in Rome, I also left myself open to exploring nooks and crannies as I found them. For example, as I was walking up the Trevi, I passed a square crowded with Romans enjoying the evening. I decided to take a quick detour to check it out and found myself in the middle of the charming Piazza della Pilotta marveling at the music, street performers and general vibe of this off the beaten track gem.

That’s the beauty of an overnight trip: you’re not going to have a hard and fast route because you won’t actually be able to enter any of the sites. So take your time, wander around and soak up the general vibe. You never know what you might encounter!

7. Try to rest at least a little

A final note. My days of sleepless nights are sadly long gone. And I didn’t want to be a total wreck when I got home. So I made a pact with myself that I would get at least 5 hours of sleep. It actually still gave me plenty of time to enjoy Rome, while still feeling a bit chilled the next morning before hiking to Termini and the airport.

It’s a tough balance between wanting to cram in everything you can and getting enough rest so you won’t be a zombie the next day, or worse, oversleeping and missing your flight! As difficult as it is, I recommend that you set yourself a curfew and stick to it. Remember: this type of overnight trip is just an appetizer! You can always return to a stopover location for the night when you have plenty more time.

How to travel better, smarter and cheaper in 2023 | Way of life