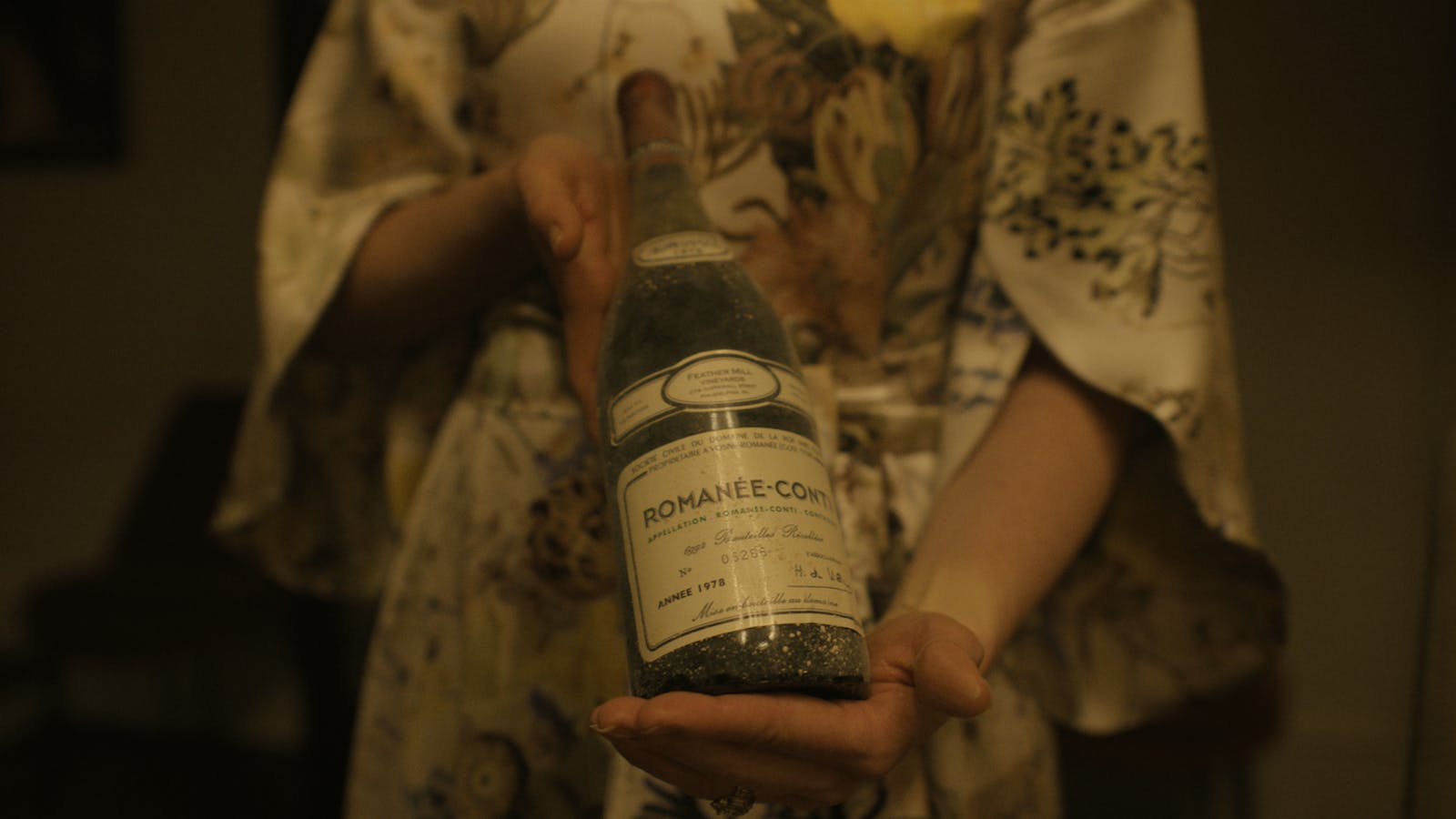 Inside the Servant’s Haunting Wine Cellar

At the start of the filmmaker’s pilot episode M.Night ShyamalanThriller Apple TV+ Servantwine lovers will notice chef Sean Turner (Toby Kebbell) pouring himself a glass of wine from what appears to be a bottle of Château Le Puy de Bordeaux. A glass of high-end red wine proves to be his near-constant prop in this bizarre psychological thriller about a wealthy Philadelphia couple who hire the mysterious nanny Leanne (Free Nell Tiger) to help care for a doll that Sean’s wife Dorothy (Emmy and Tony nominee Laurent Ambroise), believed to be his deceased infant son. It’s understood? Everything is very shyamalanian.

But forget about the spooky cult trying to get the nanny back, the doll that keeps coming to life, and the plague of supernatural blessings and evils that befall the Turners. The real star of Servant is the family’s superbly appointed Society Hill townhouse, featuring its restaurant-quality kitchen (as well as Chef Sean’s extravagant mixed dishes) and a spooky cobwebbed basement wine cellar stocked with wines epic trophies.

In the third episode of Season 1, brother-in-law Julian (nominated by Critics’ Choice Rupert Grint) comes home to find Leanne drinking Zinfandel with sautéed eel. He draws a Domaine de la Romanée-Conti La Tâche 1994 from the cellar. After tasting it, Leanne says she prefers Zin. “94 is not what I thought,” sighs Julian. “I guess nothing ever is, I guess.” Guessing what is and isn’t what it seems is indeed a big part of the fun of the series.

Julian shows up with a bottle of Sine Qua Non Syrah in episode 4, and in episode 7 they pair an Australian Grenache with haggis and a “heather essence balloon”. A bottle of Weingut Geil Riesling Spätlese Rheinhessen accompanies a roast goose dinner in Season 2.

In the Season 3 premiere, Leanne is having what could politely be described as a tough day when Sean tells her to open a bottle of wine and relax: “Third row, six bottles from the right , there is a Pétrus ’96. It’s crisp, but it has a smooth floor that will go great with a bowl of tomato soup. Try to relax and enjoy it. You deserve it.”

Tonight’s Season 3 finale will be another of Servantthe food and wine episodes of , featuring a hunter-style quail recipe created by the show’s food advisor, the Philadelphia chef Drew Di Tomo. “We originally discussed a pasta dish as the centerpiece of the family meal for the four main characters,” DiTomo explains in the show’s production notes. “However, once the writer introduced the wine – a 1978 Domaine de la Romanée-Conti – I knew it had to be something extravagant and French.”

“I made a sausage stuffing with pork fat, snails and truffles [and] a mushroom duxelle covered in the richest demi-glace I have ever made in my life! I prepared 30 quails for the stage, for which I had to debone the breast of each one to allow the stuffing.

Stuffed Quail is paired with 1978 Romanée-Conti in the Season 3 finale of Servant. (Courtesy of Apple TV)

But what is real and what is not?

The Turners townhouse East real, in a way: it’s actually two real townhouses in the Society Hill neighborhood of Philadelphia, one of which serves as the frontage facing the street and the other as the backyard, with interiors shot in a nearby studio. The kitchen of the set is fully functional and widely used.

“Before [shooting]we would fire up the stove and start making breakfast or baking cookies in the afternoon,” Servant production designer Naaman Marshall Recount wine spectator. “And the house starts to feel real at that point, and that’s been the driving force behind the house – making sure it feels authentic – the floors are real, the plumbing is real, you can flush every toilet in the house, work sinks – if you wanted AirBnB where you could!”

The basement wine cellar is a little less real. “It’s built on a platform about 3 feet off the ground,” says Marshall. “There is old rough sawn wood that has been stained and weathered. Next we come to the skin layers of the game – the old knob and tube wiring. Besides, we use a cobweb gun to shoot cobwebs there, which is kind of fun. [using] hot glue and air. And then we come back with a dust spreader and push the dust all around. We’ll even go there for a drink and make sure it’s cozy!”

But what about those bottles? Is Apple TV+ paying $5,000 per pop for DRC and Pétrus? Certainly not. Once a prop Robbie Duncan seeing the script, he scoured eBay for empty bottles, buying whatever he could (he even discovered a fake along the way).

“The problem was you couldn’t find those vintages,” says Duncan. “So I just started randomly buying [empty bottles of] Pétrus and Romanée-Conti, just to see what they looked like, so I could match the real labels, the foil, the glass, all that. Duncan then “stripped” the bottles, and a graphic designer created new labels with the correct vintages; they also bought a “very expensive” labeling machine to control the paper and its finish.

As for the wine itself, in most scenes it’s cranberry juice for the reds and Welch’s white grape juice for the whites. However, for the DRC casting shot of 1978, Duncan used 2001 Bouchard Père & Fils Santenay. Unfortunately, perhaps in another curse on Turner’s townhouse, the cast weren’t allowed to drink it.

The season 3 finale of Servant is now streaming on Apple TV+.

Enjoy without filter? The best of pop culture’s unfiltered beverage selection can now be delivered straight to your inbox every two weeks! Sign up now to receive the Unfiltered email newsletter, featuring the latest scoop on how wine intersects with film, TV, music, sports, politics and more.

Gareth Bale to Birmingham City: The truth behind these transfer rumors as the superstar sparks World Cup bid

Hot pool at new Catskills hotel is a hit with guests