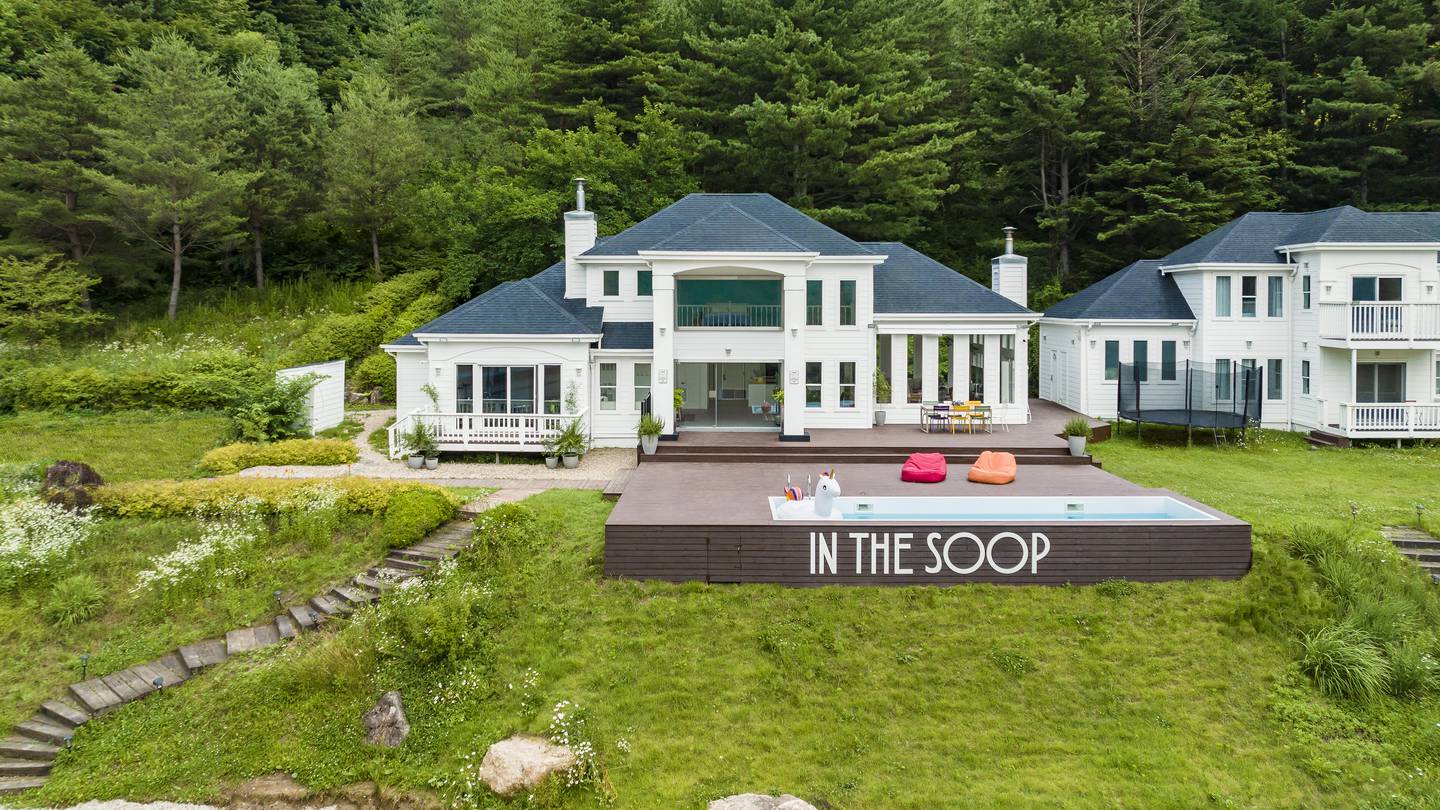 The posh estate K-pop stars BTS stayed in while filming the reality series BTS in the soop will be bookable on Airbnb for one night only.

Featured in the show’s second season, the villa was home to the Grammy-nominated boy band as they reconnected with nature in rural Pyeongchang amid busy schedules.

Members of the BTS Army and fans of the show can book to stay in the house where they can recreate moments from the show. For example, they can relax like Jin on a unicorn-shaped float in a private swimming pool or relax with a book in the office, like RM did.

Travelers can also test their guitar skills like Suga during the Hybe-produced series, or channel their inner V and paint canvases. There’s also Jungkook’s favorite trampoline and a weight room for those who want to follow in Jimin’s footsteps.

The house is available to book for a one-night stay on Monday, August 29, and reservations will cost $7, a nod to the seven-member group.

Evenings at home can be spent enjoying some of the dynamite singers’ favorite dishes such as charcoal-grilled Korean beef, which was dubbed “the best taste in the universe” during the show, and tteokbokki, or simmered rice cakes.

Then, get ready to sing and dance to all of BTS’ greatest hits with a karaoke machine and sound system loaded with the band’s back catalog, including their latest anthology album. Evidence, which came out in June.

The lucky couple who books the villa must agree to follow all applicable local laws regarding Covid-19, including wearing a face mask and practicing social distancing.

Reservations for the BTS Villa on Airbnb will open on Tuesday, August 2 at 6 a.m. UAE time.

BTS through the years: the K-pop group at the Korean Culture Convention (K-Con), held at the Los Angeles Memorial Sports Arena on August 10, 2014. AFP