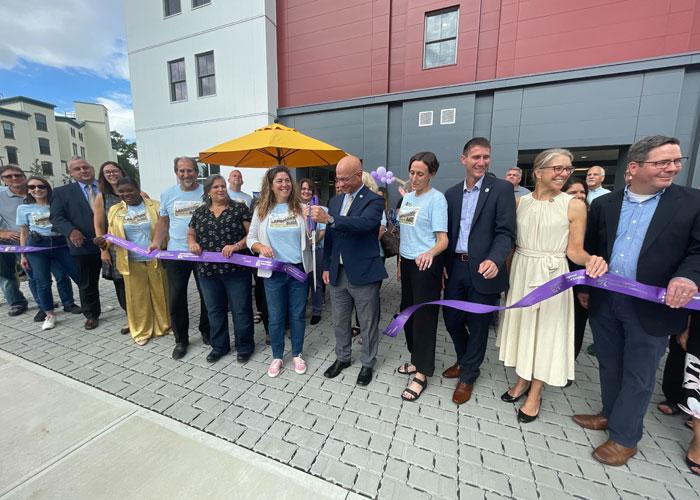 The complex, located on the former site of Alms House at 300 Flatbush Avenue, has 66 affordable apartments for those 55 and older, including 35 for seniors who need support services to live independently.

The Alms House and another new building known as Landmark West comprise the complex, approximately an equal distance from the commercial area of ​​Route 9W in the City of Ulster and inland from the City of Kingston.

“It really is a project. The whole concept was to historically redo Alms House, known as Landmark West, and create a new structure,” said Kevin O’Connor, CEO of RUPCO, which purchased the land and built the project.

The pandemic has helped push housing prices up 30% in 2021 in Ulster County, the second highest rate in the country. O’Connor said that New York City’s pressure for housing, foreclosures and the conversion of residences to Airbnb short-term rentals have all contributed to the continued need for affordable housing here.

“It is absolutely necessary. The lack of affordable housing, really across the country today, is incredible,” O’Connor said. “Here in New York, here in the Hudson Valley, we just haven’t been able to keep up and create enough homes. Part of the answer must be the creation of new units.