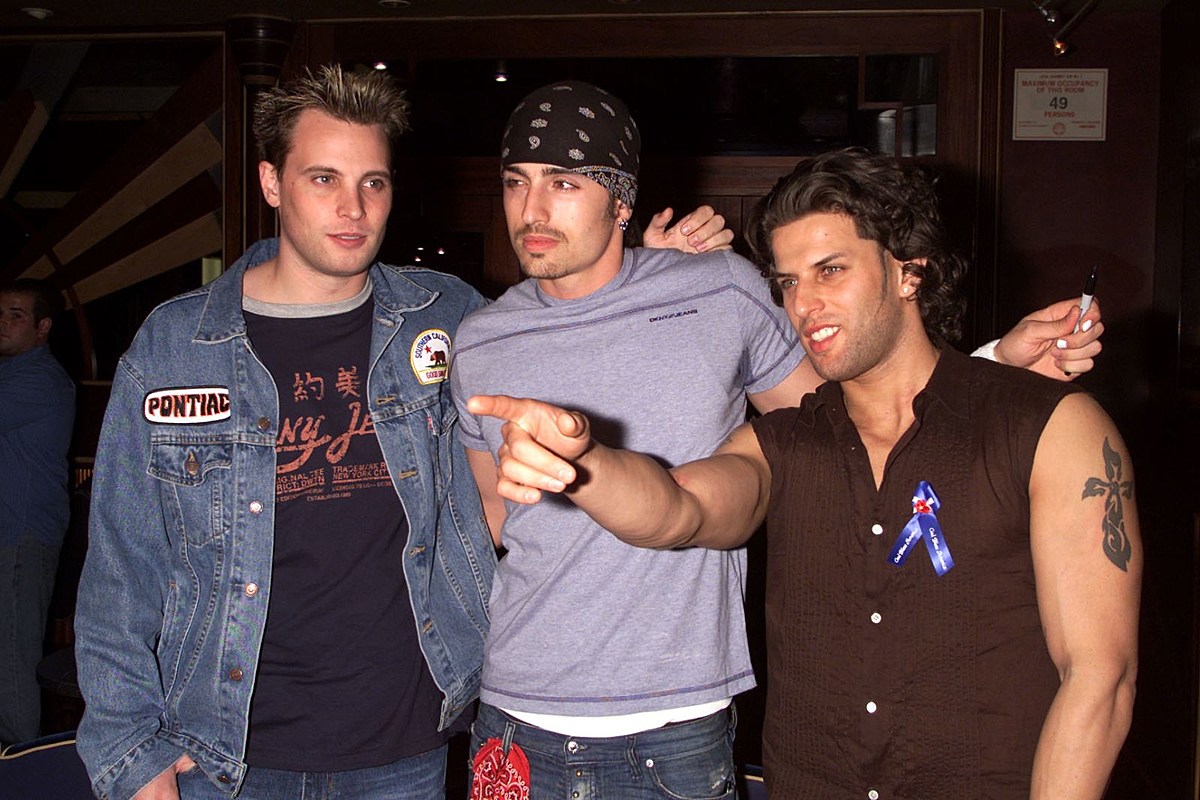 I was doing the morning show with Christine Fox at the time, and if you didn’t have an article from Abercrombie & Fitch clothing, you weren’t doing it well.

I remember when I first heard the song “Summer Girls” in JR’s office. Everyone immediately loved it, and it wasn’t just because LFO was made up of local guys. In fact, Arista (their label) intentionally played the song for us before telling us about the band’s ties to the SouthCoast. They wanted us to like the song for its own sake before telling us that Devin (whom New Bedford knew as Harold) Lima was a hometown boy and Rich Cronin was a student from Bridgewater State.

“Summer Girls” became the No. 1 song in America that summer.

Of course, Fun 107 had very close ties with the guys. They were part of our tribe. When they made it big, it felt like they all made it big. When they did a reunion tour in 2009, we invited them to perform at the Fun 107 birthday party at the Zeiterion Performing Arts Center, and they were everywhere.

Cronin had battled leukemia. We all knew he was sick, but he pretended not to be. When he took the Zeiterion stage, however, he tapped into that 1999 energy. He was a total pro. I can’t imagine how he must have felt inside, but his deepest love was entertaining.

At Cronin’s funeral, which was held at St. Joseph’s Church in Kingston, the band’s manager, Mike Caputo, was asked to say a few words. He shared some lighthearted moments like this:

LFO was going to perform live on the show ‘Regis and Kelly’. National TV! We arrived very early and the guys were waiting for the soundcheck. They were guests that day with the famous muppet, Miss Piggy. We walked out to watch her soundcheck, as she sat at the desk talking in her funny Miss Piggy voice. It was pretty cool to watch. Rich actually approached and had a full-fledged conversation with her. Shortly after, Rich and I went back to the green room to eat something and we looked up and there’s Miss Piggy’s head on the table next to donuts and bagels. We both stopped in our tracks and Rich looks at me in utter disappointment and half-seriously says, “Dude, isn’t she real?”

In a cruel twist of fate, Lima was also diagnosed with cancer, being diagnosed with stage 4 adrenal cancer in the fall of 2017. He left the following fall.

In the days following Cronin’s death, Caputo reflected extensively on some of LFO’s lyrics and referred to the lyrics of one of their songs during his eulogy.

Life is Beautiful. I can’t stop thinking about how good life was back then, but also how unfair life can be – how cruel it can be to keep us away from someone so young and special. . Then I realized that maybe Rich was sending us an important message:

‘So what would you do if you woke up tomorrow and all your gray skies turned blue? How many days do you think you have? So keep on living, it’s up to you.

The most played songs for each year of Fun 107 history

Fun 107 has played plenty of hits over the years, but what are the biggest? We’ve compiled a list of the most popular hits for each year of Fun 107’s 32-year history – and some of them might surprise you. And if you can’t remember the song or just want to hear it again, click on the track title or photo to view the music video.

Inside the Queen’s Garden House on the Sandringham Estate