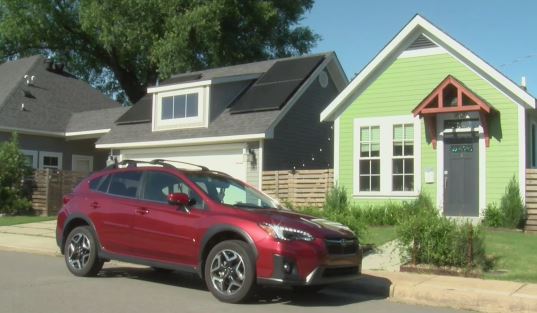 As more airbnbs arrive in Little Rock neighborhoods, the city is writing rules for homeowners.

On Park Lane in southern Little Rock is a small white house that accommodates around 250 people a year.

Owner Michael Orndorff opened the doors to his Airbnb in 2015 but said the proposed settlement on a property like his could close it soon.

“If it’s approved as it’s written, they’re basically going to put us out of business,” Orndorff said.

In a nine-page document, the city outlined various rules for short-term rentals

“There has been tremendous growth in short-term rentals, especially over the past year,” McNulty said. “They have to have insurance, liability and rules.”

McNulty also said it wasn’t just for airbnbs, but homes around them were affected as well.

“Loud parties and a lot of cars and things like that can be very disruptive to a quiet part of town,” McNulty said.

Some of the requirements do not include organizing parties or events, only two guests per room are allowed and owners or managers must be available 24/7. The one that could bankrupt Orndorff is that there has to be off-street parking, one space, per room.

“They just didn’t write it in a way that says I’m here to help,” Orndorff said.

In the project, the city also requires owners to pay municipal taxes.

The municipal authorities will meet next Monday to seek the opinion of the community.