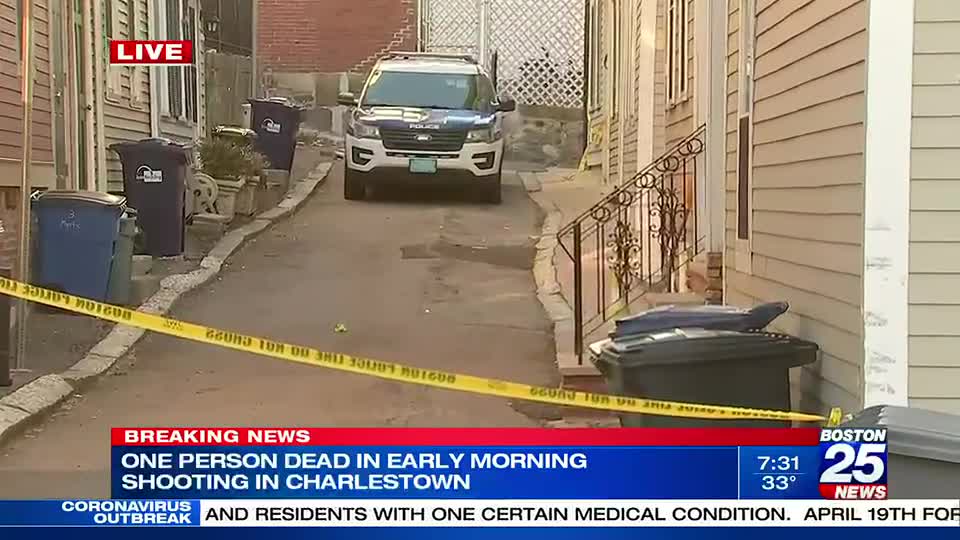 Police were called to 6 Mystic Place in Charlestown at around 3:20 a.m.

They found a man with gunshot wounds inside. He was pronounced dead at the scene.

A witness told Boston 25 News that the shooting took place after a brawl at a party.

The witness said there were about two dozen people at the party. He believes the shooting was drug related.

“The incident involved narcotics and drugs,” he said. “I guess a bad deal has gone wrong or something like that.”

Neighbors told Boston 25 News they woke up to sirens and people screaming. “We saw about a dozen, two dozen people move out, and the screams were getting more and more panicked,” said a neighbor – who wished to remain anonymous. “We heard car doors slam, people running, and then it was pretty quiet for about 15 minutes until we heard an ambulance arrive. At that point, we realized it was something pretty serious.

The same neighbor said it was not the first time a party has been held at this property. “It was maybe two weeks ago, there were at least 50 people coming out of this place for a party that came to our attention because of COVID,” they said. Police said no arrests had been made and homicide detectives were investigating.

This is a developing story. Check back for updates as more information becomes available.