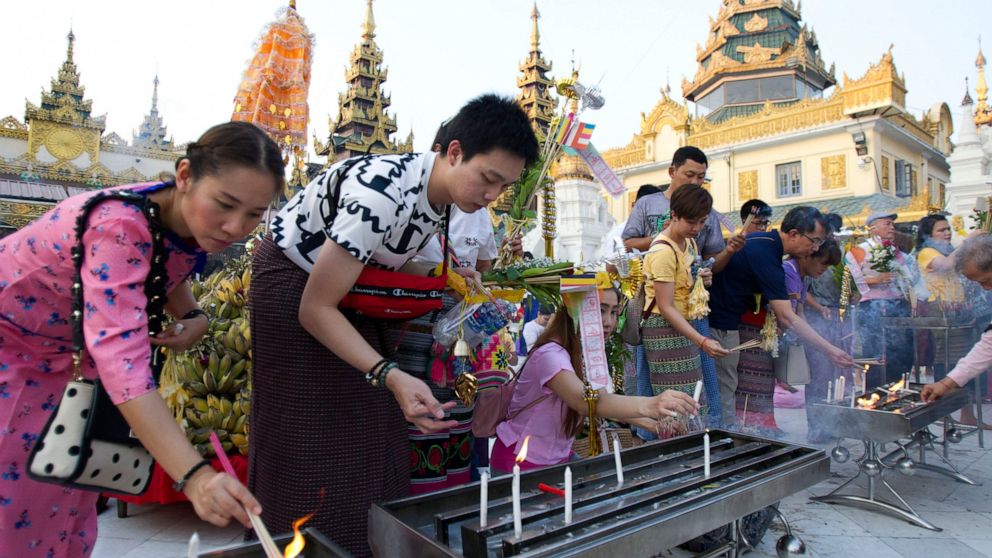 Myanmar has announced it will resume issuing visas for visitors in a bid to help its moribund tourism industry, devastated by the coronavirus pandemic and violent political unrest.

BANGKOK — Myanmar announced on Thursday it would resume issuing visas for visitors in a bid to help its moribund tourism industry devastated by the coronavirus pandemic and violent political unrest.

From Sunday, tourist “e-Visas” will be provided online as part of a move also to harmonize tourism with neighboring countries, according to a government notice published in Myanmar’s official Global New Light newspaper.

Visitors need a vaccination certificate, negative results of a COVID-19 RT-PCR test taken shortly before their flight, and a travel insurance policy. They must also take a quick ATK test after arriving.

On April 1, Myanmar had already resumed issuing business visas, and on April 17 it dropped the ban on international commercial flights. It had stopped issuing visas and suspended flight arrivals in March 2020.

Tourism is an important source of income for most Southeast Asian countries, but they banned almost all foreign visitors after the coronavirus pandemic began in early 2020. Over the past six months, most have reopened and phased out most or all of the testing requirements.

The pandemic and political instability have rocked Myanmar’s economy, which has come under more pressure from economic sanctions imposed by Western nations targeting commercial farms controlled by the military, which took power in February 2021. to the elected government of Aung San Suu Kyi.

Myanmar welcomed 4.36 million visitor arrivals in 2019, before the pandemic, but that number fell to 903,000 in 2020, the latest year for which official statistics are available.

Peaceful opposition to the military coup has turned into armed resistance, and the country is now in a state of civil war, according to some UN experts. The army carries out large-scale offensives in the countryside while anti-government forces carry out scattered urban guerrilla attacks in the cities.

The US State Department’s advisory for Myanmar, which it calls by its former name Burma, is at its maximum alert level 4. It advises against travel there “due to areas of civil unrest and armed conflicts”. It also says to “reconsider travel to Burma due to COVID-19 restrictions”.

Who is the Swedish doctor threatened with execution in Iran?