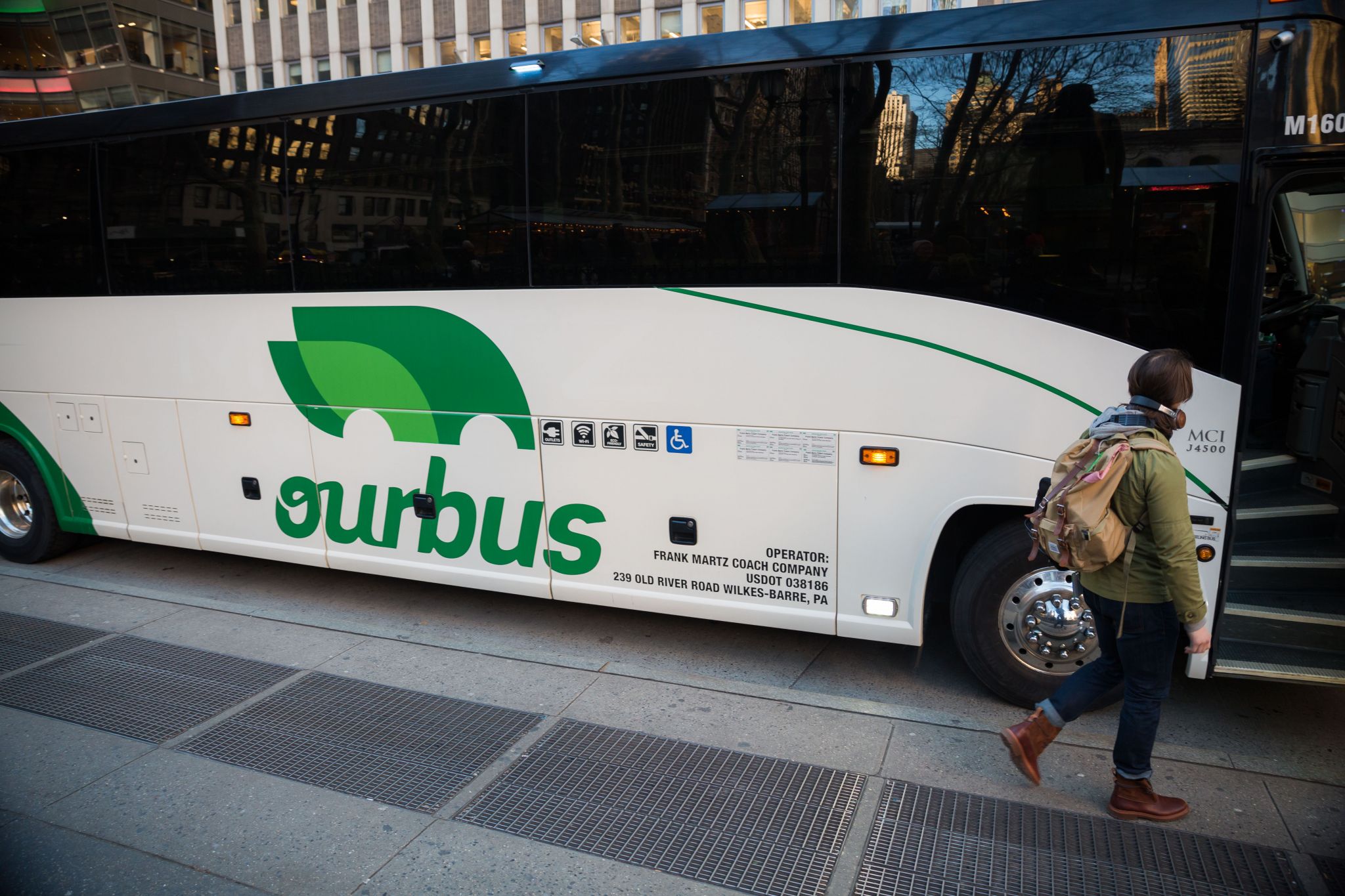 OurBus, a digital intercity travel company, doesn’t actually own its fleet of buses – it acts as a technology platform that creates a network of services by researching available independent charter buses that are often used by schools or churches.

“We have networked all the small bus companies in the country to create a bus company that is bigger than the traditional bus companies,” said Numaan Akram, CEO of OurBus, which launched in 2016 with a route in New Jersey. “They love us for it, because we unlocked the value of their underutilized asset.”

Akram compared the approach of people making money with their spare room or properties when listing them on Airbnb or VRBO short-term rental sites. “It unleashes that value,” he said.

OurBus competes with Greyhound and Trailways for some bus traffic in the Hudson Valley. Trailways of New York, a private transportation company, has served the region for over 90 years, with routes between the city and towns in the western Hudson Valley including New Paltz, Kingston and Phenicia, and between New York and Albany. Before the pandemic, Trailways served one million passengers per year across its entire network.

“We are really well known to our customers,” said Anne Noonan, vice president of marketing and traffic at Trailways. “For another competitor, whoever they are, to try to enter the market that we have served so well for so long, they just don’t really have the opportunity to gain a foothold in the market. “

On the east side of the Hudson River, Amtrak also serves Albany and New York – the cities are among Amtrak’s best “city pairs” in terms of ridership, and in 2019, Albany-Renselaer station recorded 806,960 embarkations and disembarkations. Metro-North Railroad, meanwhile, currently averages around 120,000 weekday passengers – a healthy volume, although below pre-pandemic levels, with fewer people commuting. Metro-North only takes passengers north to Poughkeepsie.

Train service tends to be more expensive than buses. OurBus fares start at $ 19 for a one-way trip between Albany and New York, compared to $ 24 for Trailways, depending on the length of your reservation.

“We are able to be more efficient, more responsive to customers and often cheaper,” Akram said. “We believe we can provide better service than what currently exists. “

Noonan said the company continues to monitor competitor pricing and points to other variables that set the service apart.

“We offer a lot of amenities – and we offer terminals,” Noonan said. “In this part of the state, it’s not best to stand out in the rain and snow in the winter.”

Trailways, with a fleet of over 100 vehicles, operates from bus stations in New Paltz, Kingston and Albany. In New York, it arrives at the Port Authority bus terminal.

OurBus has announced that it will soon add a stop at Albany-Rensselear station. In New York, stops include West 53rd Street and 6th Avenue, West 51st Street and Broadway, and the George Washington Bridge Bus Station (Fort Washington and Broadway between 178th and 179th Streets).

Akram said that OurBus is currently working with two charter bus companies, which it says have safety protocols in place in the event of a bus failure, such as dispatching a maintenance crew or a new bus; have an existing trip pick up passengers; or by arranging alternative modes of travel to complete the trip, according to Akram.

OurBus offers one to three buses a day between Thursday and Monday, with the highest number of departures and returns on Friday and Sunday. Stops in Albany include SUNY Albany (at Collins Circle) and Albany Cross Gates Mall. Other stops along the route include Woodbury Common Premium Outlets in Orange County and New Paltz (at New York State Thruway Park and Ride – Exit 18).

The Trailways system operates seven days a week, with about 10 runs a day, suitable for commuters during the week and more frequently on weekends for those who travel to town or the Hudson Valley for recreational purposes.

“It’s less than half of what we were running before the pandemic, but slowly, slowly, slowly as demand to and from New York increases, we continue to add more services here and there.” , Noonan said.

The badger goes in search of a house. – Herald Wales