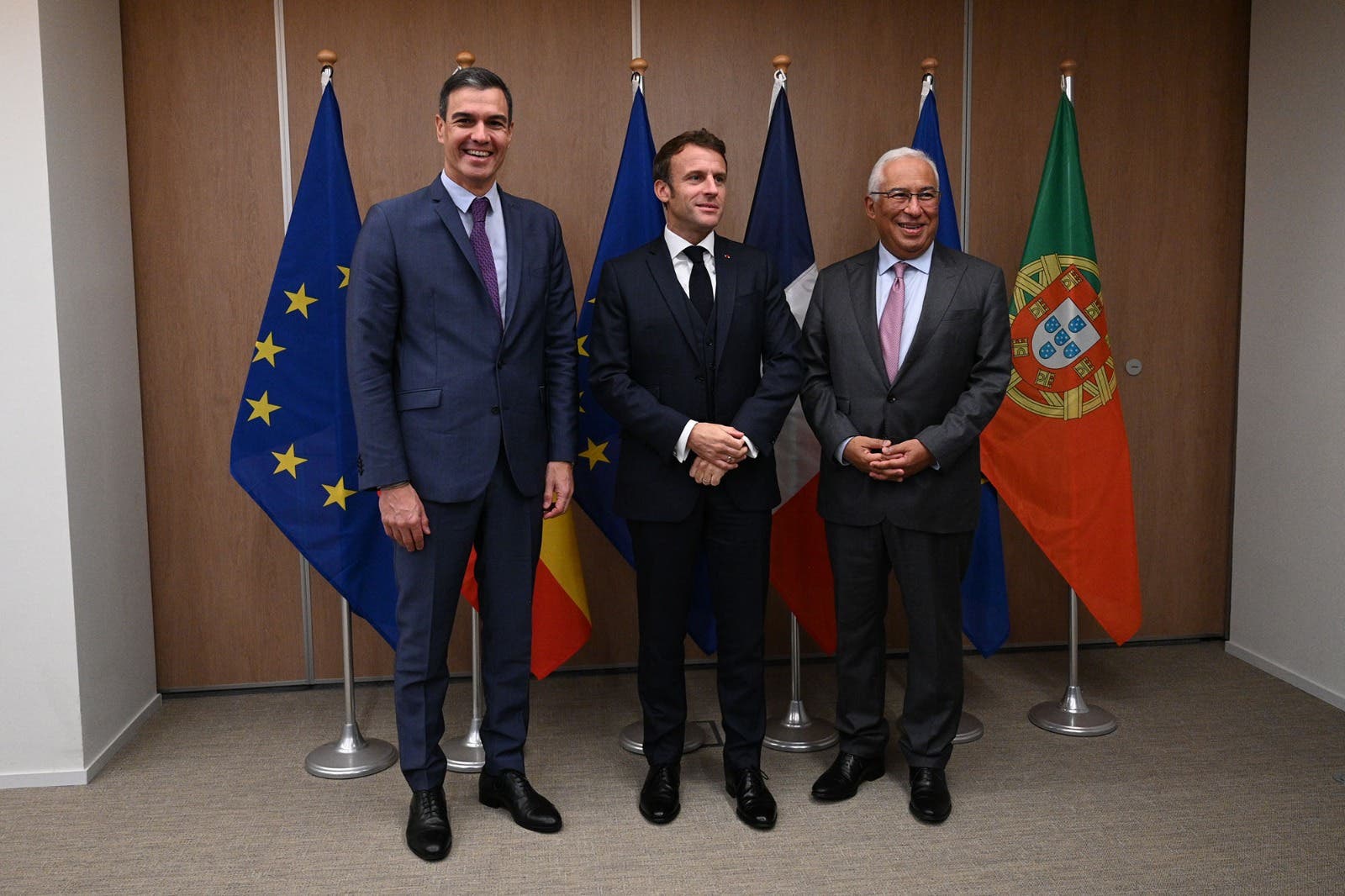 Spanish, Portuguese and French leaders have agreed on a 2.5 billion euro plan for a green hydrogen pipeline that should be operational by 2030.

The deal was struck in Alicante on Friday with Spanish Prime Minister Pedro Sanchez saying the new corridor would transport 10% of all hydrogen consumed in the EU.

The use of green hydrogen would be crucial to decarbonize hard-to-electrify industries like steel and cement production.

Pipelines would transport renewable hydrogen from Portugal to Zaragoza and then from Barcelona to Marseille.

The network was to carry natural gas but will now be used exclusively for green hydrogen.

The EU has made hydrogen a cornerstone of its strategy to achieve carbon neutrality by 2050, with the share of hydrogen in the bloc’s energy mix expected to reach 20% by mid-century.

Sanchez said EU funds could cover half the cost of the massive infrastructure project.

French President Emmanuel Macron has confirmed that the three countries will submit the project to the European Commission by December 15 to be declared a “project of common interest” in order to obtain EU money.

“It changes the trend for the Iberian Peninsula because we are not going to be energy importers; we will be producers and exporters to the rest of Europe,” Portuguese Prime Minister Antonio Costa said.

Also present at the Alicante meeting, the President of the European Commission, Ursula von der Leyen, declared that the H2MED project “is going in the right direction” because it “has the potential to help us build a real European backbone of hydrogen”.

Hotels are learning to live with Airbnb by getting creative

Christmas appeal against torture – how Birmingham can help survivors