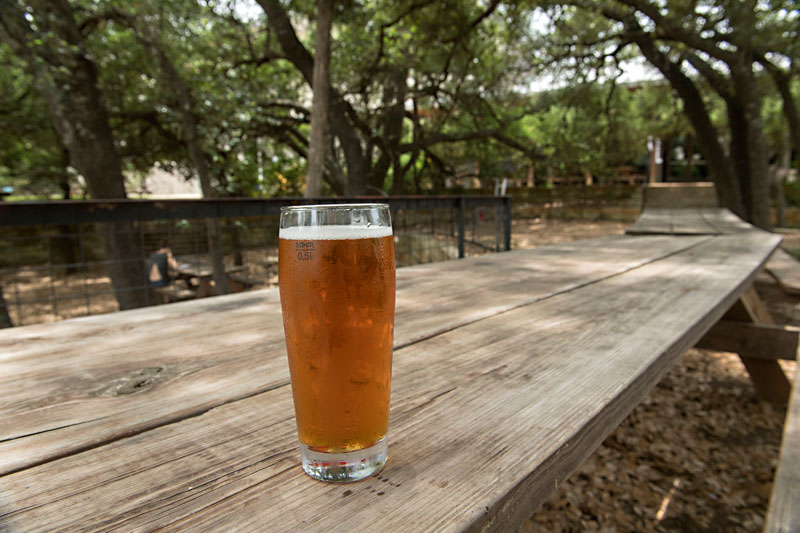 Live Oak’s long tables are the perfect place to sip a cold beer… or (according to Theo, 6) to play with toys (Photo by John Anderson)

For those of you who have just learned of the existence of Austin’s earliest brewery reviews, the Beergardigans – Enzo: 10, Theo: 6, and Tallulah: 4 – we recommend that you put down this piece of literature for a moment. Pulitzer caliber. and catch up on volume 1 of the series somewhere on the internet (“Austin’s Best Breweries, According to the Kids”, Food, October 1, 2021). In this story, we’ve discussed the most pressing issue keeping central Texas parents socially anxious, craving for coffee and emoji: Do my children belong to the brewery? And we answered: Yes! Hell yes they do! No more no less than puppies, or Californians, or tech bros named Asp Patagonia scampering to the bar with their team of 23 bachelor parties (#AspFest!), sipping 17 1-ounce beers at a time while ‘a line stretches to Hutto behind them.

We’ve said it often, but we’ll say it again: breweries are communal spaces meant for an array of beer garden experiences like graduation celebrations, Sundays, bike rides and, yes, outings. with the family after T-ball. A good beer garden has only enough “LET’S GOOOOO!” cry bitcoin drink as it does waning toddlers, as long as each group takes care of its own spaces.

Not these kids though. Not the Beergardigans. They are perfectly calm and composed and fit perfectly into any social setting like little Jürgen Klopps. That’s why they’re qualified to bring you sizzling shots from the perspective of grade school connoisseurs. They’ll tell your kids what’s going on and, by default, run your whole team’s weekend as if they’re setting up key pieces of Liverpool‘s race for the cup. So here they are, the Beergardigans are back for Volume 2. Enjoy them while they’re still young. 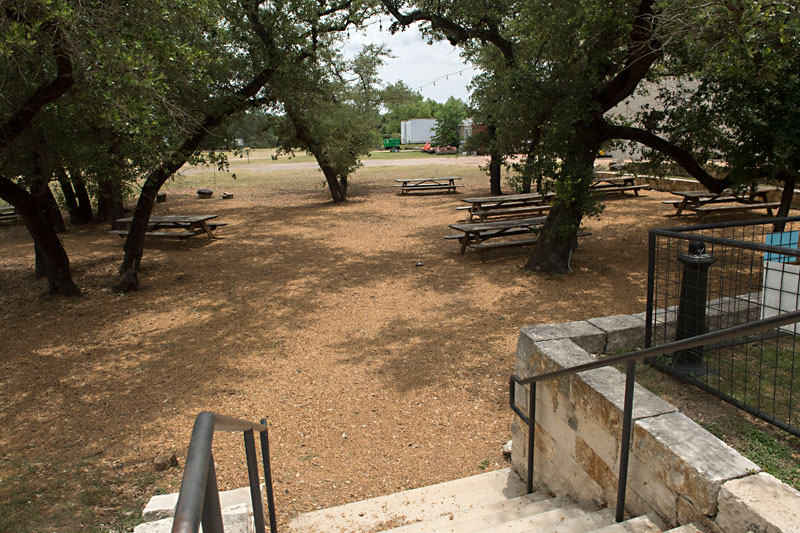 “There were lots of fuzzy caterpillars. They were adorable.” – Theo

The most important feature of Live Oak’s beer garden and brasserie is its connection to nature (WHY IT’S RIGHT IN THE NAME!). And while everyone’s mileage may vary depending on their fondness for the big caterpillars on their undulating journey to final form, you can be sure the best way for an adult to experience Live Oak is under its grove of trees. natives of Texas, drinking world-class Pilsners and various other platinum-grade lagers. The little ones, on the other hand…

“I like all shade trees but not insects.” – Tallulah (not into bugs)

“The caterpillars and the kids have so much space. It’s always good for any brewery. But I would definitely wear pants here.” – Enzo (also not into bugs)

“It’s very easy for children to make friends here with other children because there are always a lot of children and the tables are very long and you can share the end of the table to play [with] toys. But it would be very rare to see them again.” – Théo

While one of the Beergardigans struggles internally with the fleeting life of the beer garden, the others move on to brewery grub, expertly managed by the constant presence of Live Oak’s Bavarian-style food truck, the Forest -Black.

“The pretzel…with queso.” – Tallulah, on her favorite part of Live Oak

“I rate the pretzel very high, but the [dipping-sized] queso was not my favorite. I also ate a chilli [from the pickled veggie plate] and it burned my mouth for three minutes. You said it wouldn’t be spicier than Hot Cheetos and you LIED.” – Enzo

Technically, dads have legal immunity to trick their kids into eating spicy foods, so no crime has been committed here. Also, there were plenty of other distractions around Live Oak to deflect the trauma of mistrust, like a real in-house beer dog and planes screeching at Austin-Bergstrom from above.

“I loved the planes landing right above my head but they were noisy!” – Theo

“They were very big and came from far away and I think they were bringing people to the brewery.” –Tallulah

“That dog was huge and furry! – Theo

“The brewery dog ​​was really cool because he could walk around on his own wherever he wanted to smell and the [brewery] the owner could call him back from afar with a single whistle. You should do this for us!” – Enzo 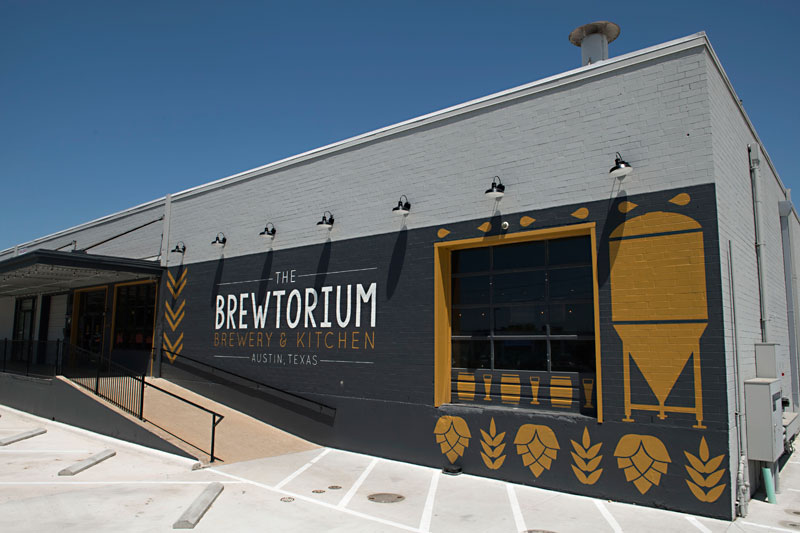 The Brewtorium (Photo by John Anderson)

“I don’t like that there is no playground. I know every brewery has a playground, but not this one.” – Theo

Granted, the Brewtorium is an urban beer garden perfectly suited to Austin’s central corridor, but it’s about the only amendment to a traditional kid-friendly brewery typically found in the Hill Country. But what the Brewtorium lacks in playgrounds and whirlpools, it is multiplied by twenty in courtyard comfort and accessible menu items for even the pickiest of palates.

“It’s my favorite menu of all the breweries.” – Theo

“The [beer] the cheese is really good. I couldn’t even tell there was beer in it.” – Enzo

“Yummy in my belly.” – Tallulah, picking sliced ​​bratwurst and soft pretzel from Smörgåsbord

To see? The kids are happy here and certainly not dragged there by mom and dad just to enjoy some of the best beers and hazy lagers in town under several shades of beer garden veil.

“I feel welcome here. We usually sit outside and I like that better [than sitting inside] because I like when the train passes. The interior is a bit boring because there is no train.” – Enzo

The Brewtorium’s remarkable ease of ordering and cavernous interior is designed with families in mind, especially walk-in multifamily from surrounding North Loop/Highland neighborhoods who find counter service a much easier arrangement for tall people. groups, or the passing football team looking for a quick happy hour on the way to the Q2 stadium via the red line.

“My favorite parts are how they respond to what kids like to eat and drink like Dr Pepper and juice boxes. And it’s a fun place to play games with your family. But bring a screen like backup in case someone loses and doesn’t want to play anymore.” –Enzo

“I’m ONLY having fun here!” I saw two other kids having fun too. They were my brothers. – Tallulah, overly emotional following Uno triumph

“Do I like this brewery? I’m in the middle. It has a great view of the trains and helicopters. I like all the plants and decorations. The Sprite is sparkling. [Thinks deeply for a moment] In fact, I like this brewery even though there is no playground. Can I still use your phone?” – Théo 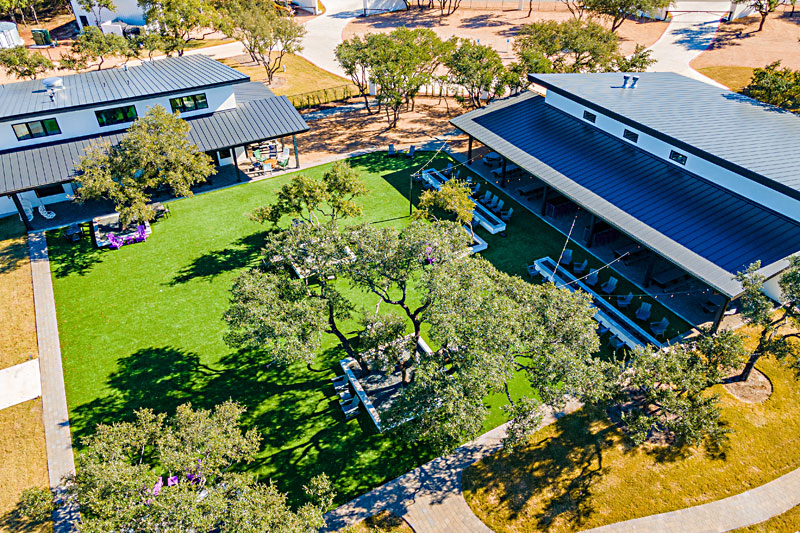 “It wasn’t just a brewery. It was a MAGIC brewery.” – Theo

First impressions of Frontyard Brewing will tell you it’s a candle as hell and your kids are probably destined to spoil all the nice things there, but after a few moments of consideration one can discern that A LOT of thought has gone into was devoted to the creation of Frontyard. look like someone’s backyard. Someone who could have children of his own! Sustainability! Fake grass! A pile of dirt! Non-fixed seating options! Make them Spicewood PARENTS OF THE YEAR now. I demand it!

“It wasn’t just a brewery. It was a MAGIC brewery. – Theo, 6, on Frontyard Brewing

“I love this place for kids, but parents will love it too. There’s plenty of space for me to play and dance. My favorite part was the whole place doing handstands.” –Tallulah

“There are A LOT of random kids here, but there’s still plenty of space to play with my toys. And we did a somersault challenge to see who could sweat the most. It’s very grassy, so we weren’t on the adult path.” – Theo

“You can play so many games and sports here: frisbee, football, soccer…maybe baseball. You can’t play basketball though.” –Enzo

“But you CAN play pickle golf.” – Theo, confusing the latest athletic craze, pickleball.

Yes, the pickleball courts are an important feature of the Frontyard property for families fresh off the Marina. A sign says they take court bookings which I was way too lazy to investigate on my phone so I lied and said there were no more appointments that day . It was very hot.

“They have pickleball courts, but we used them to play football and tennis. It was fun! It’s unique for a brewery to have such an option. It’s the best brewery I’ve ever had. view with the most activities for children. [and] one of my favorites so far.” – Enzo

“If you’re tall, like maybe 10 or 11, your parents can drop you off and you can just walk around wherever you want.” –Tallulah

While the temptation to abandon our children is always fascinating, we enjoyed the entire property as a family, including admiring the rolling views from the edge of the property reserved for the overpriced Airbnbs of Canyon Lake as we swallowed two of the four basics – children’s food groups offered by Frontyard’s on-site trucks: pizza (Neapolitan) and soft pretzels. The adults attended Frontyard’s superb warm-weather drink choices: a Mexican lager and a lager that were each exceptional, homemade syrup flavored seltzers, and wine from property mates, 5 Soul Wine. The Backyardigans enjoyed Frontyard’s homemade root beer.

“The view is beautiful.” – Theo

“Dang, that pretzel bussin. And yeah, the view is great. You can see a lot of mountains.” – Enzo (not a mountain expert)

“Big yummy. The pretzels were salty and cheesy and nice.” –Tallulah

“The cheese pretzel was great. But the popsicles were really delicious. There was a birthday cake INSIDE my ice cream.” – Theo

“I also liked all the TV screens they had showing sports. It was like a Dave & Buster’s.” –Enzo

The Beergardigans will soon be back for volume 3!