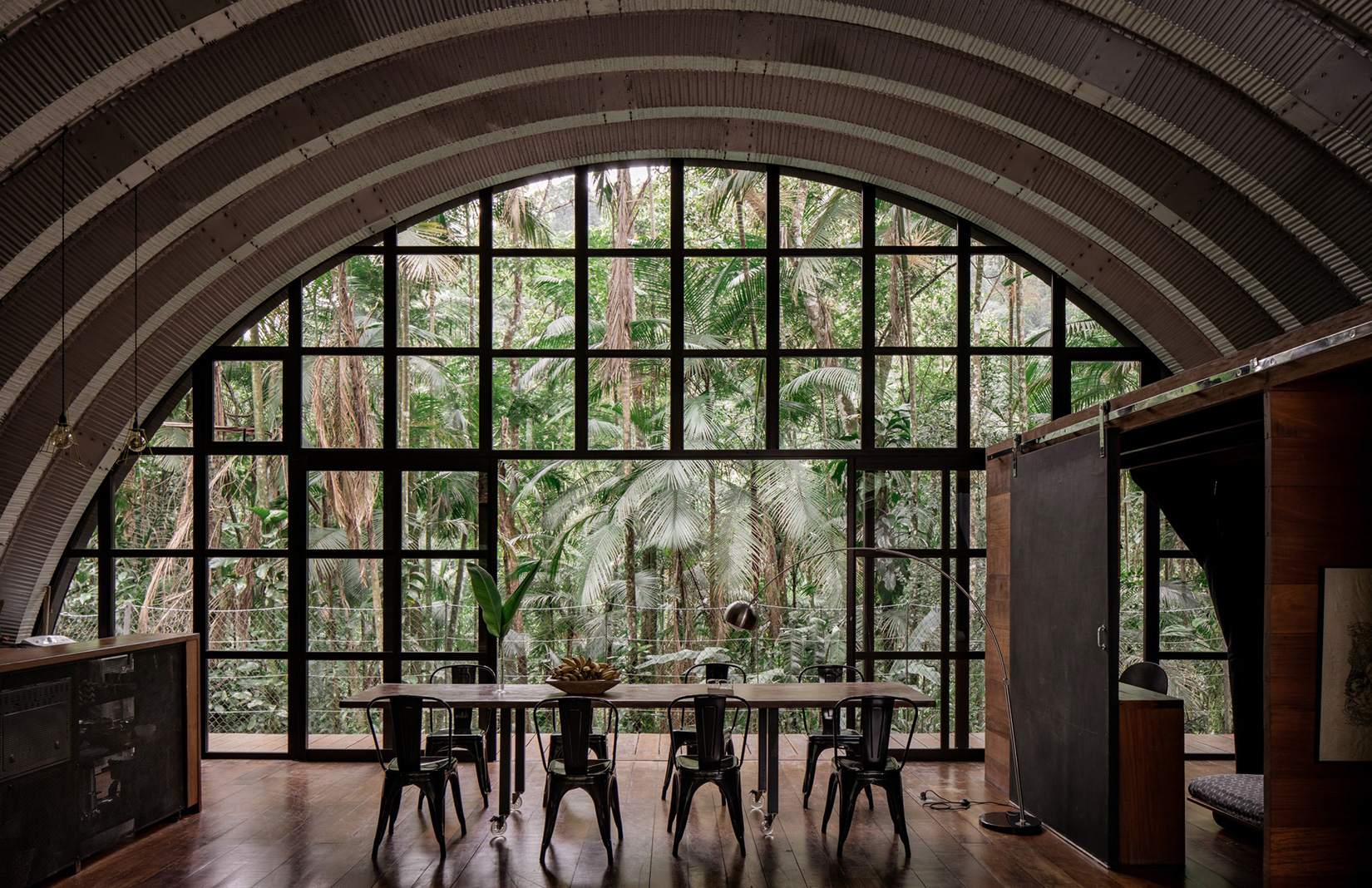 5 of the best vacation homes to rent in Brazil

Brazil is home to around 60% of the Amazon rainforest and has some of the best beaches in the world, not to mention its famous carnival culture. But that’s not all – it’s teeming with architectural treasures, from tropical Modernist homes to contemporary jungle retreats that pay homage to the country’s cultural roots and artistic innovations.

Here are some of our favorite vacation homes to rent in Brazil.

4 bedrooms; from $ 1,000 per night via Off Grid Hideaways
Natural materials and a sober, minimalist design characterize this Brazilian vacation home from Studio MK27. The cabinet was asked to create an elegant one-story dwelling that celebrates the surrounding landscape of Serra do Mar without affecting it, and the wooden villa does so skillfully. Its low volume sits below the horizon and on a natural rock formation. The bedrooms open onto a huge wraparound terrace which also serves as an outdoor lounge. Herringbone ceilings, wooden floors, and rattan shutters envelop the property and give it a tropical cabin feel. Take a closer look at the Brazilian property.

2 Bedrooms; £ 174 per night via Airbnb
Sometimes the simpler designs are the best. Concrete example ? This corrugated cardboard shelter in the Atlantic rainforest, whose galvanized steel exterior hides its warm, wood-lined interiors. The sturdy structure was hand built by its owner architect Marko Brajovic in 2015 to withstand the harshest rainforest weather conditions. Arca is inspired by the traditional Brazilian houses Asurini and Médio Xingu – though it is also reminiscent of a giant Anderson shelter, and its expansive glass facade overlooks the surrounding trees. You can also enjoy a private waterfall and explore the Aldeia Rizoma Sanctuary, of which the Brazilian vacation home is a part. Snoop inside.

4 bedrooms; from $ 1035 per night via BoutiqueHomes
Relax in this rustic Brazilian vacation home. For rent in the remote fishing village of Caraiva in Bahia, it has no roads, no wifi and often no electricity. Villa Fulo is one of the four Portuguese colonial-style houses that make up the estate. It has a thatched roof with cross beams and is arranged around a private swimming pool. The bedrooms have concrete floors, high ceilings, teak surfaces and reclaimed wood furniture.

2 bedrooms : $ 130 per night via BoutiqueHomes
If you value your comfort and your beach view, Casa Lila could be more down your street. Part of the Casas do Cupe complex, it sits on a stretch of coastline between the beaches of Muro Alto and Porto Galinhas and is designed by the São Paulo-based architectural firm MNMA. The newly completed villa features minimalist interiors, rough branch slats, and a palapa roof. Expect all of the modern comforts of home, including wifi, cable, a fully equipped kitchen and pool, plus a garden with tropical palm trees and swivel hammocks.

9 bedrooms; via Design Hotels from around € 5,723 per night
Musicians can combine work and play at Chez Georges, which has its own recording studio that connects to a secret production room under the villa’s 15-meter-long pool. Mid-century architect Wladimir Alves de Souza designed the Brazilian vacation home in 1974, with a concrete pergola entrance. The modernist bones of the house were given a makeover by owners Pierre Bident Moldeva and Olivier Verwilghen, who called on interior designer Yorick Piette to design their interiors.