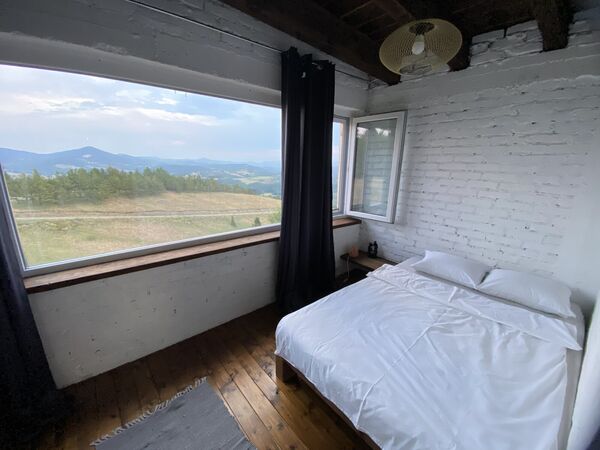 Have you ever thought that the backdrop of your dream vacation could be…Serbia? We all so often focus on one destination when we think about our travel plans, but on a trip to the Balkans last week, I focused on a dream ownership experience, rather than a hotel around the main tourist resorts. The result? One of the best vacations ever for a bargain.

Serbia, the off-the-beaten-track Balkan nation known as a geopolitical exception in Europe, may not be a destination of choice for Irish people (or even many other holidaymakers). But from its capital, Belgrade, known as one of Europe’s best party cities, to its mountains hosting some of Europe’s least explored hiking and skiing regions, it was an attractive destination for a summer holiday. summer in the era of over-tourism. With little knowledge of Serbia and its regions, I let a dream property, rather than location, dictate our stay. A quick Airbnb search revealed a slew of traditional mountain lodges around Zlatibor, one of Serbia’s most popular ski resorts. However, sequestered a little further than them, my search led me to a cubic design-property jutting out into the landscape. €95 per night for a three-bedroom… I guess we were going to Serbia.

To escape, I took a direct flight from Cork to Dubrovnik; a convenient stepping stone to the wider Balkan region as well as the hugely popular Dalmatian coast. But the trip to Serbia was the destination itself. After a night in Dubrovnik, my friend Carolyn and I took the bus south to Kotor in Montenegro, a medieval town that looked like the Mykonos of the Balkans, with less lime and more terra cotta. We used the town to explore the area for a few nights, somehow finding a Peugeot convertible rental for €65 via local Whatsapp contacts. It made for a spectacular road-trip; climbing the Kotor Pass to Mount Lovcen, visiting family-run konobas (taverns) for helpings of local cheese and Prsut (prosciutto) before heading down the coast to enjoy the sunset over Sveti Stefan.

From there, it’s off to Montenegro’s main city, Podgorica, dubbed by many bloggers “Europe’s most boring capital” (they’ve clearly never been to Luxembourg). Podgorica, although not necessarily a looker, was a surprise charm and totally tourist-free, allowing us to enjoy the local churches, mosques, restaurants and bars like pioneers. But perhaps the 40-degree temperatures had also kept people off the streets. The capital of Montenegro was also our station to take the iconic line from Bar to Belgrade, an 11-hour rail journey that winds from the Montenegrin coast to the Serbian capital. But we only had 8 hours deep to find our Airbnb base.

In the late afternoon, after a breathtaking journey through the Dinaric Alps, we arrived in the small Serbian town of Kosjeric, where on the slopes we were greeted by our host, Filip, with warm two-way handshakes. hands, making up for my initial concern for our 40 minute delay. Originally from Belgrade, Filip returned to his grandfather’s land in Kosjeric a decade ago and together with his wife Aleksandra have since designed, built and landscaped dream properties in some of the country’s largest stretches of countryside. . After a stop at the supermarket to stock up on groceries for the next few days (Filip doesn’t have Airbnb Superhost status for nothing), we head into the rural heart of the area until the property appears at 720 m elevation as an Architectural Digest cover scene.

With its modernist facade and whitewashed wood finishes, the property discreetly punctuates the natural setting, blending sensitively into the nearby pine forests and rolling farmland. It’s a unique look for Serbia, Filip tells me, who has seen the property become a popular hit with well-heeled visitors to Belgrade for whom it’s a popular getaway.

In keeping with the low-key vibe, there’s no tour from Filip, just wishes for a good stay and maybe a feeling that we’ll just wow ourselves with a self-guided tour. Stepping in the door is an instant breathtaking moment as the picture frame windows throughout the open plan space immediately spill over to those mountain views. It’s Serbia on widescreen. Constructed with whitewashed concrete blocks and native pine and oak, the space is rustic and wonderfully appointed without feeling like the whole decor is from an Ikea Belgrade haul.

It’s a stunning property in every way, but given those views and the potentially steep price tag, it’s outstanding. With our refuge sorted, there was nothing to do but soak up these views…and explore them a bit. We spend our days here taking walks in the countryside, cooking and enjoying the sunsets and sunrises each morning. We are even treated to a musical evening at Filip’s house down the hill, joined by his wife Alexandra, his three daughters and five kittens named after the Corleone family. The Balkans have never looked or sounded so good and with a truly unforgettable trip, it was worth, in every way, adjusting our travel radar to Serbia.