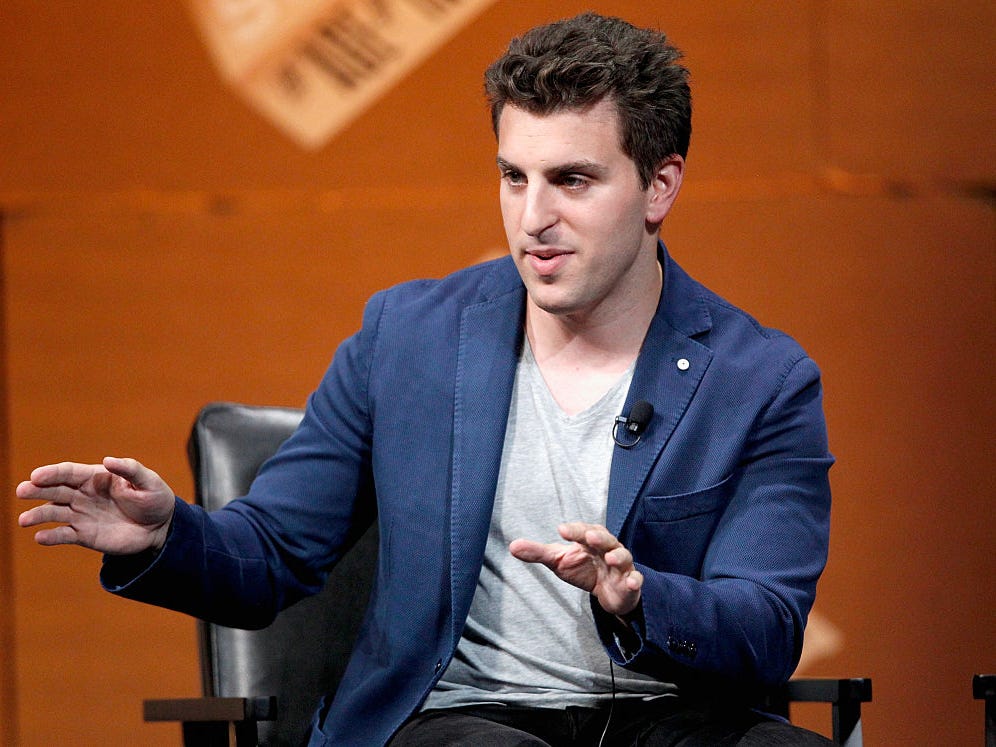 Airbnb CEO Brian Chesky, who recently announced that employees can work from home forever, calls the office “anachronistic in shape” and “from a pre-digital era.”

For Brian Chesky, CEO of Airbnb, working in the office is now a relic of the past.

In an interview for Time’s The Leadership Brief published on Sunday, Chesky said he believed the desktop was “an anachronistic form” that was “from a pre-digital era.” His comments came after Airbnb announced it would let employees work remotely forever without a pay cut, citing the opportunity to expand its talent pool and adding that the company had its most productive two-year streak in its history while working remotely.

He continued, “If the office didn’t exist, I like to ask, would we invent it? And if we invented it, what would it be used for? going to go to cafes and work again – those spaces just make sense. But I think for someone whose work is on a laptop, the question is, well, what’s the use of a desk?”

In January, Chesky said he was “living on Airbnb”, working in different cities in the United States. In his Time Sunday interview, he acknowledged that there would still be a need for offices, but he concluded that “the office has to do something that a house cannot do”.

“People will still go to offices, but it will be for different purposes, for collaborative spaces,” he said.

Chesky told Time that working 100% remotely could diversify hiring since employees could be based anywhere, but it could also make some employees feel isolated from their colleagues and the company.

Although he said a compromise was needed, he believed there were flaws in the common hybrid work model of having office workers work three days a week, which companies such as Google and Apple use.

Airbnb’s alternative to this model is for employees to meet face-to-face approximately one week per quarter.

“My prediction is that three days a week becomes two days a week, and two days a week becomes one day a week, and pretty soon are you really in a hybrid world, or are you mostly a remote world?” he said. “People don’t realize that this two, three day a week thing isn’t super sustainable. People are going to realize, ‘OK, let’s be more intentional about when people come together. And let’s come together during a week or two at a time.’ “