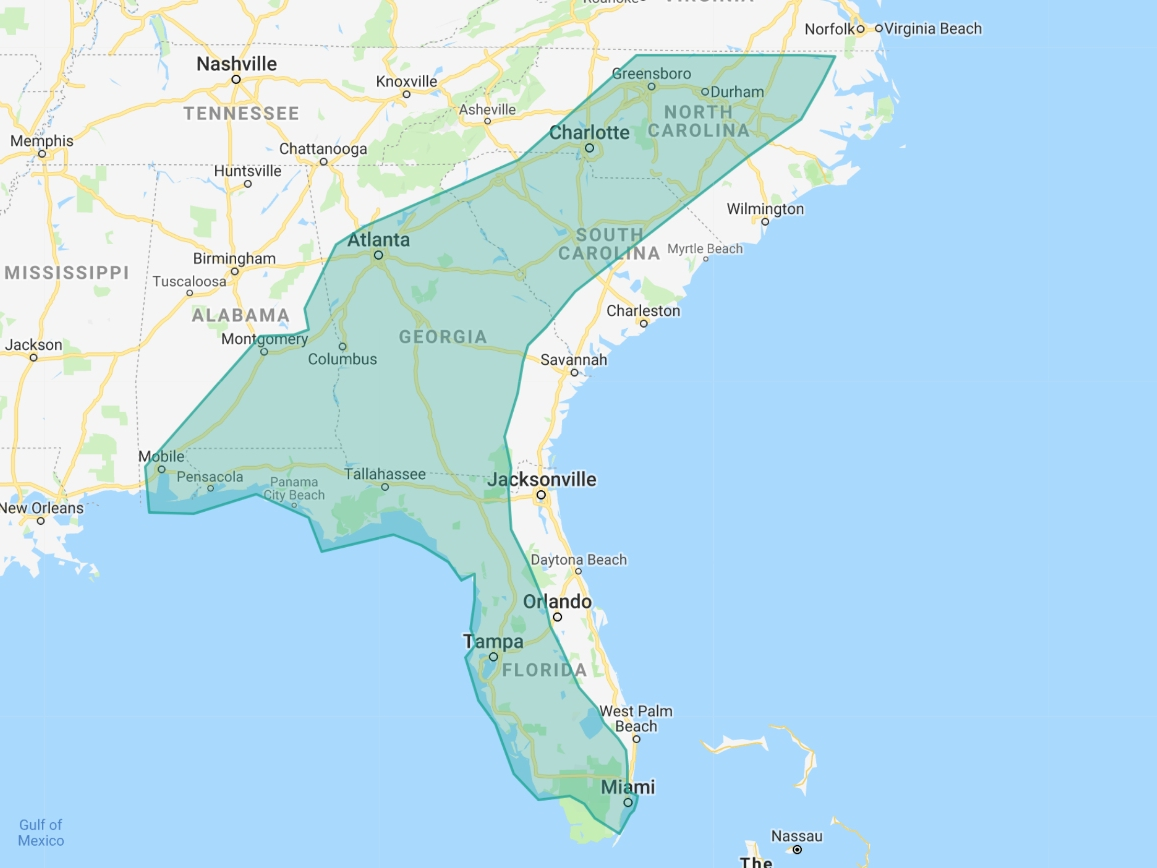 Airbnb offers free temporary housing throughout Florida and the Southeast

The Hurricane Dorian Open Homes program was first activated on August 28 to help those in Puerto Rico and the US Virgin Islands. The new area of ​​activation in the continental United States includes the majority of Florida, Georgia, North Carolina, South Carolina and parts of Alabama. The Open Homes program is currently available until September 16.

This activation for Hurricane Dorian is one of Airbnb’s largest ever for a natural disaster.

“Airbnb’s Open Homes program continues to be activated for those impacted by Hurricane Dorian in the southeastern region of the United States,” said Kellie Bentz, disaster response and relief manager for Hurricane Dorian. ‘Airbnb in a press release. “Through the program, people in need of temporary housing can connect with Open Homes hosts in Florida, Georgia, North Carolina, South Carolina and Alabama for free. We encourage hosts to open their homes and those in need of housing to take advantage of the program.

This concept began organically in 2012 in the aftermath of Hurricane Sandy and has since grown into a global disaster response initiative that makes it easy for Airbnb hosts to provide space to people in the needed in the event of a disaster.

Michael Reimer, driver/engineer for the Fort Lauderdale Fire Rescue and volunteer for the Head-Knowles Emergency Management Fund, said the nonprofit group plans to fly in a plane loaded with relief supplies for the islanders as soon as the Marsh Harbor Airport in the Abaco Islands in the Bahamas are reopening.

Richard Rudon, who followed the progress of the hurricane from Nassau for the radio station Star 106.5 FM and the guardian of Nassau newspaper, said the devastation is already widespread and the hurricane has not yet completed its passage through the islands.

Marsh Harbor is the largest town in the Abaco Islands with a population of just over 6,000 people. The combined population of the islands is approximately 17,200.

Reimer donates the use of his warehouse to store donations. Those wishing to help can drop off supplies at 3455 High Ridge Road in Boynton Beach. The association is also making arrangements for a collection site in Riviera Beach. Reimer will post details about his Facebook page once a site is determined.

Donations will be transferred to Palm Beach where ocean freight transportation has been arranged.

If you are considering making a donation, here are the necessary items:

He noted that there is no need to drop water. Water is already provided.
For those who want to help but are not near collection sites, a Donate gofundme page has been created for monetary donations.