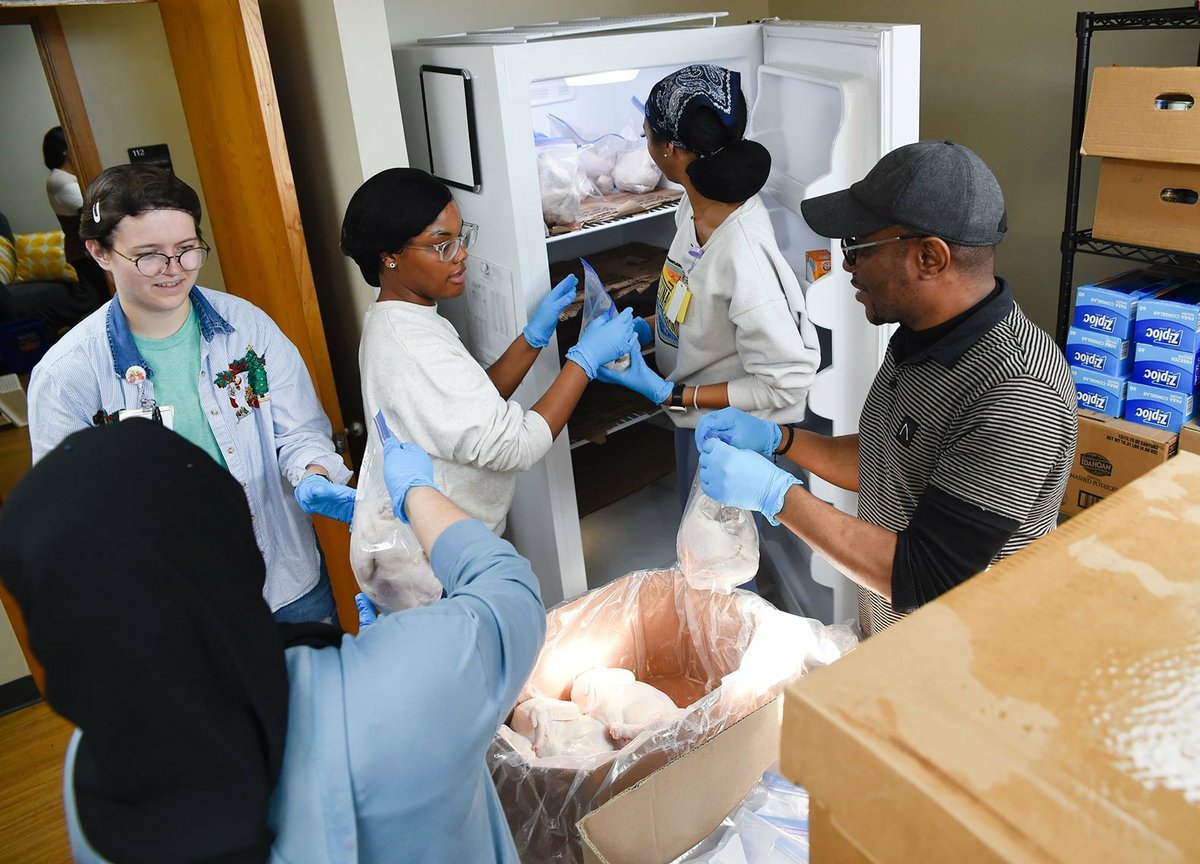 When Rafeka Hossain came to Birmingham from Bangladesh to start a master’s degree in public health at the University of Alabama at Birmingham in December 2021, she and her husband had no transportation.

As a result, they struggled to access grocery stores, especially to find halal meat required by their Muslim faith, she said.

For meat to be considered halal, certain guidelines must be followed when slaughtering the animals.

The Hossains had a hard time getting halal meat because the only place they could find it was at a market in Hoover or Atlanta, and they rarely found the time to go to either place, Hossain said. UAB provided transportation to Walmart on Lakeshore Parkway in Homewood, but there was no halal meat there, she said.

They also received food aid from Blazer Kitchen, which helps students and teachers in need, but Blazer Kitchen also had no halal meat.

So the Hossains and their two children, ages 10 and 11, switched to a vegetarian diet for about three or four months. The Hossains were not alone.

Blazer Kitchen organizers knew that many international students who used their program did not have access to the frozen meat available, said Lisa Higginbotham, UAB’s Benevolent Fund manager who oversees the Blazer Kitchen program. They didn’t know why this was happening until a volunteer conducted a survey in March 2022 to find out what shoppers wanted and what wasn’t.

Higginbotham contacted Mary Ann Bodine Al-Sharif, an assistant professor at the UAB School of Education and a member of the Hoover-based Birmingham Islamic Society, for advice on getting halal chicken.

The chicken is delivered by Magic City Harvest, and volunteers are showing up to help divide the halal chicken into bags and place it in a freezer for distribution throughout the month, Higginbotham said. Blazer Kitchen even got a new freezer to separate halal chicken from other frozen meats, she said.

Blazer Kitchen staff get help from volunteers, sometimes from the Birmingham Islamic Society and sometimes from on-campus Islamic student groups or other shoppers who want to make sure everyone gets the nutrients they need. , said Higginbotham.

“It’s just an amazing partnership,” she said. “It has been a wonderful opportunity to build community and understanding and ensure that every member of the UAB family has nutritious food.”

Ashfaq Taufique, the president emeritus of the Birmingham Islamic Society who was instrumental in securing the donation, said it was just another example of the group living the tenets of their faith in action and not just in words.

Hossain said she and her family are grateful. “I really appreciate their efforts.”