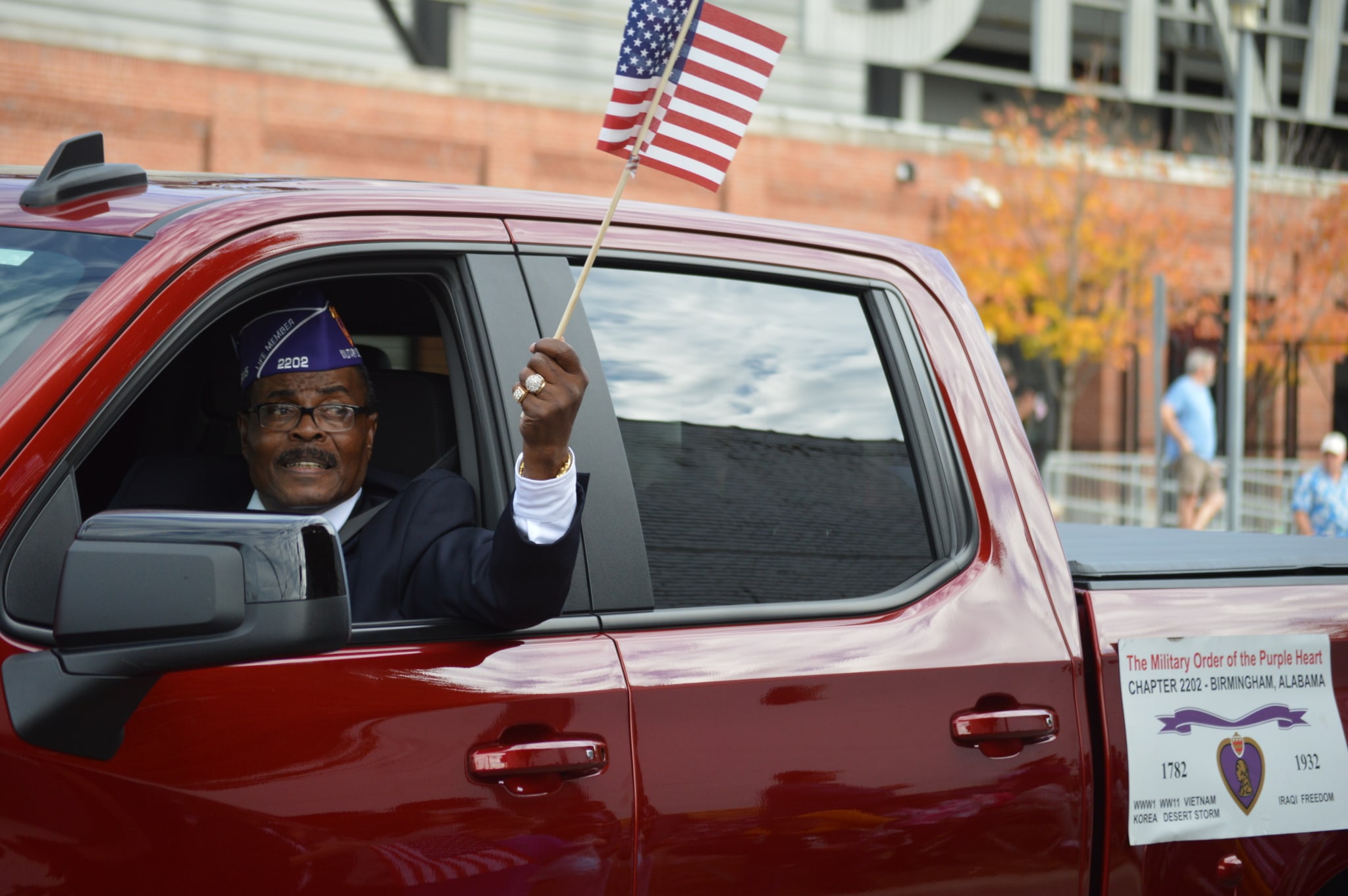 Birmingham is certainly proud of its veterans. So much so that our city was the first to celebrate Veterans Day. Take part in the 74th annual Veterans Day Parade to honor our local Veterans on Thursday, November 11.

After a few years at Railroad Park due to the construction of I-20/59 and a virtual parade due to COVID-19, this year’s Veterans Day Parade is back on its original route through the Birmingham city center. Birmingham nonprofit National Veterans Day Foundation working hard to host the annual parade. It’s also the biggest Veterans Day parade in the country, so get ready to step out!

With typically around 80,000 people in the Veterans Day parade, that means there are a lot of bells and whistles. Plus, with big names like Charles Lindbergh and Neil Armstrong attending the parade in the past, you know it’s an event you can’t miss. According to Wood star of the house, look for:

74 years of honor to veterans in Birmingham

Since 1947, The Magic City has been the biggest supporter of Veterans on Veterans Day. According to Bham WikiMagic City native and WWII veteran Raymond Weeks wanted to pay tribute to military veterans. Not just for the ultimate sacrifice, but also for the daily and important things Veterans sacrifice to serve. So he created the first Veterans Day parade right here in Birmingham, and President Eisenhower made it a national holiday.

Do you know why Weeks chose November 11 for Veterans Day? On November 11, 1918, the armistice was signed to end World War I. It is a very important day for veterans.

Since the Bham veteran founded Veterans Day, the town has continued to make honoring veterans a priority. The annual parade and dinner are just a few of the ways the city can give back to those who have given us so much.

Are you planning to go to the parade? Tag us @bhamnow to let us know!