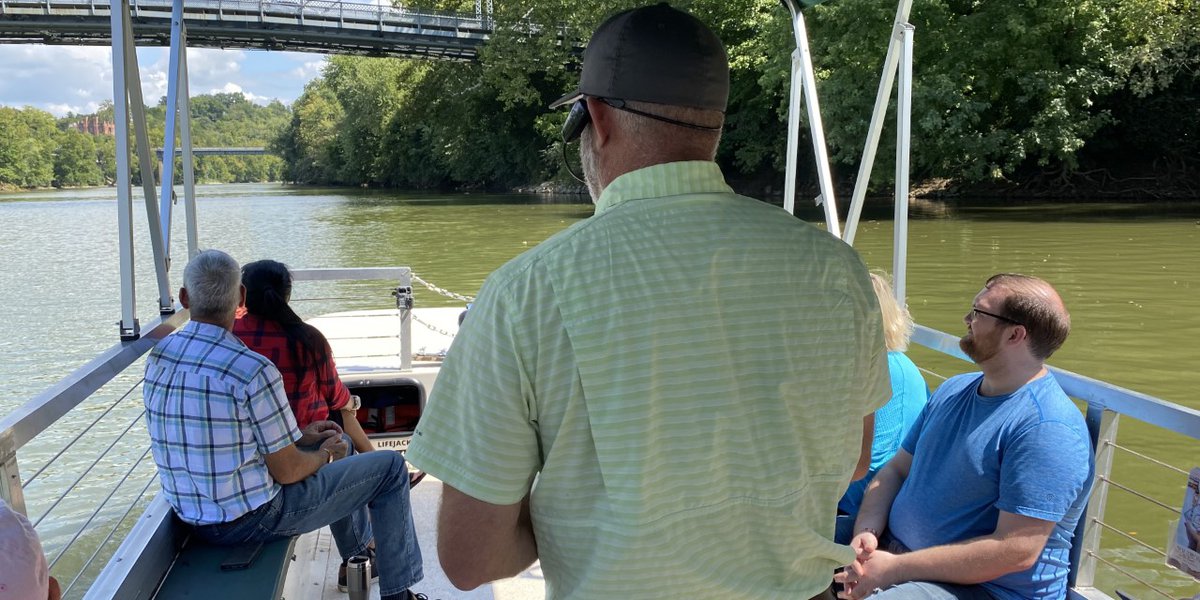 FRANKFORT, Ky. (WKYT) – Kentucky’s popular Bourbon Trail is blazing a new trail. This one at the water’s edge.

Tourists can take a new bourbon boat tour and learn how the Kentucky River played a vital role in turning brown liquor into green dollars.

Home to one of the world’s most popular bourbons, Buffalo Trace Distillery lets visitors get a glimpse and taste of a famous Kentucky export. But what would bourbon be without the Kentucky River? The waters were essential in the manufacture and transportation of the state’s brown liquor.

A ship named Trace of Kentucky, explores this, led by husband and wife team Nathan and Allison Depenbrock.

“We’re the only bourbon tour in the country that focuses on the waters that made bourbon,” Nathan said.

“Transportation was the big issue and all these distilleries had to grow, really in this area, because of these central arteries called rivers. That’s how we transported all this stuff,” Nathan said.

The wooden barrels of these flat-bottomed boats traveled from central Kentucky to the Ohio and Mississippi rivers until they reached their destination, Bourbon Street in New Orleans.

“These barrels on these rivers, the rivers that produced the bourbon, you’re talking about nine, 12, 18 months, maybe even longer to get to New Orleans,” Nathan said.

Nathan said months of bourbon on the trip changed his color from light to brown, turning his taste into a bourbon craze.

“Bourbon’s story is super murky and confusing and kind of mixed up,” Nathan said.

During the tour, you will see distilleries that once lined the banks.

“In 1920, we lost the Hermitage distillery. We also lost Springhill to your left. You could see all the fermentation room walls hanging out there in the woods,” Nathan said.

“About two miles upriver from where we just turned back was the Old Crow Distillery, owned by Jim Beam, when it was struck by lightning,” Nathan said.

Currently about ten distillers are located on or near the banks. Some dabble in the hospitality industry.

“This is a three-bedroom, two-bathroom AirBnB owned by Castle and Key Distillery. This building has its own private tasting bar in the house,” Nathan said.

The Kentucky River gave bourbon its claim to fame. But without that…

“I don’t know if we would have bourbon as far back as the spirit we know today,” Nathan said.

Nathan said there are three and a half times as many barrels of bourbon in the Commonwealth as there are people.