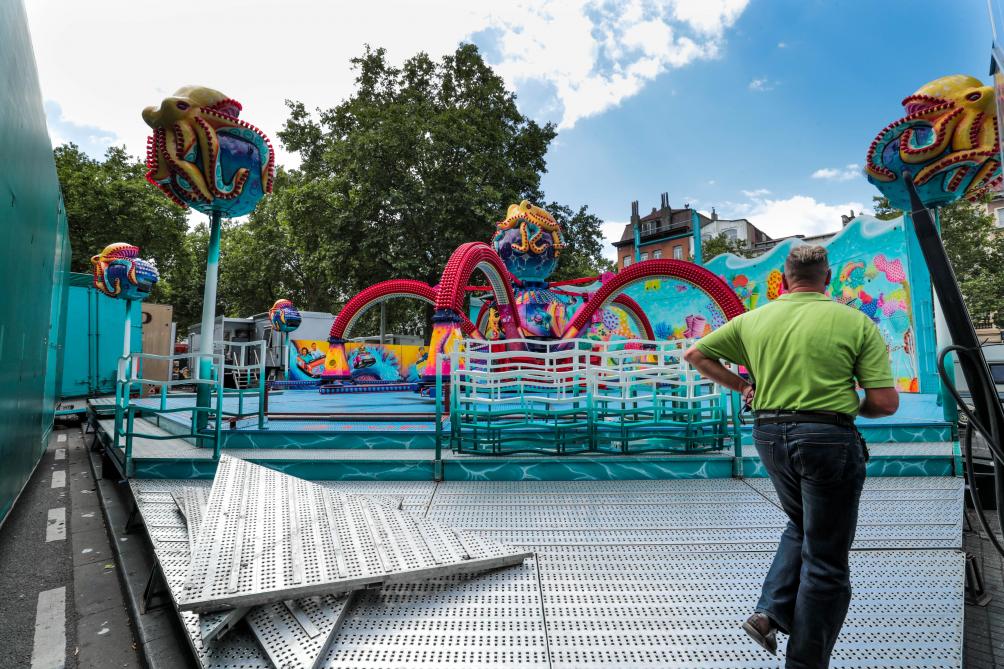 Brussels: the Foire du Midi will have to close earlier

A new regulation on noise limits has been adopted.

THEhe 2021 edition of the Foire du Midi is shaping up under better auspices than the previous one, and with reinforced noise limits in a new regulation adopted on Monday by the municipal council of the City of Brussels.

Apart from the reservation of the evolution of the health situation, there remains an uncertainty on the opening date due to the protocol of health measures to be respected, said in substance the alderman of Economic Affairs Fabian Maingain (DéFI).

Questioned by Céline Vivier (MR) and Didier Wauters (cdH), the alderman openly endorsed the request of the fairground union to consider anticipating by one month the relaxation of the protocol of measures planned for July 30 to avoid to have to manage an edition under two different measurement regimes in July and August.

According to him, the fairgrounds are in favor of this anticipated lightening because a shift in the time of the fair would prevent some of them from considering a presence on other fairgrounds in the wake.

As it stands, the measures applicable to the fairgrounds from June 9 are those in force on the markets (ao direction of movement; ceiling and real-time counting of the number of people present; etc.)

What will not change in any event during the Fair are the provisions of the new municipal regulations on fairs organized on the territory of the City. The main changes relate to noise management. The closing time of the Fair will be anticipated by one hour. It will be set at midnight on weekdays and at one hour on weekends.

In addition, the college may prohibit the use of generators if they constitute a nuisance from the point of view of atmospheric pollution and / or noise on the fairground.

> Five covered terraces for dry eating and drinking in Brussels