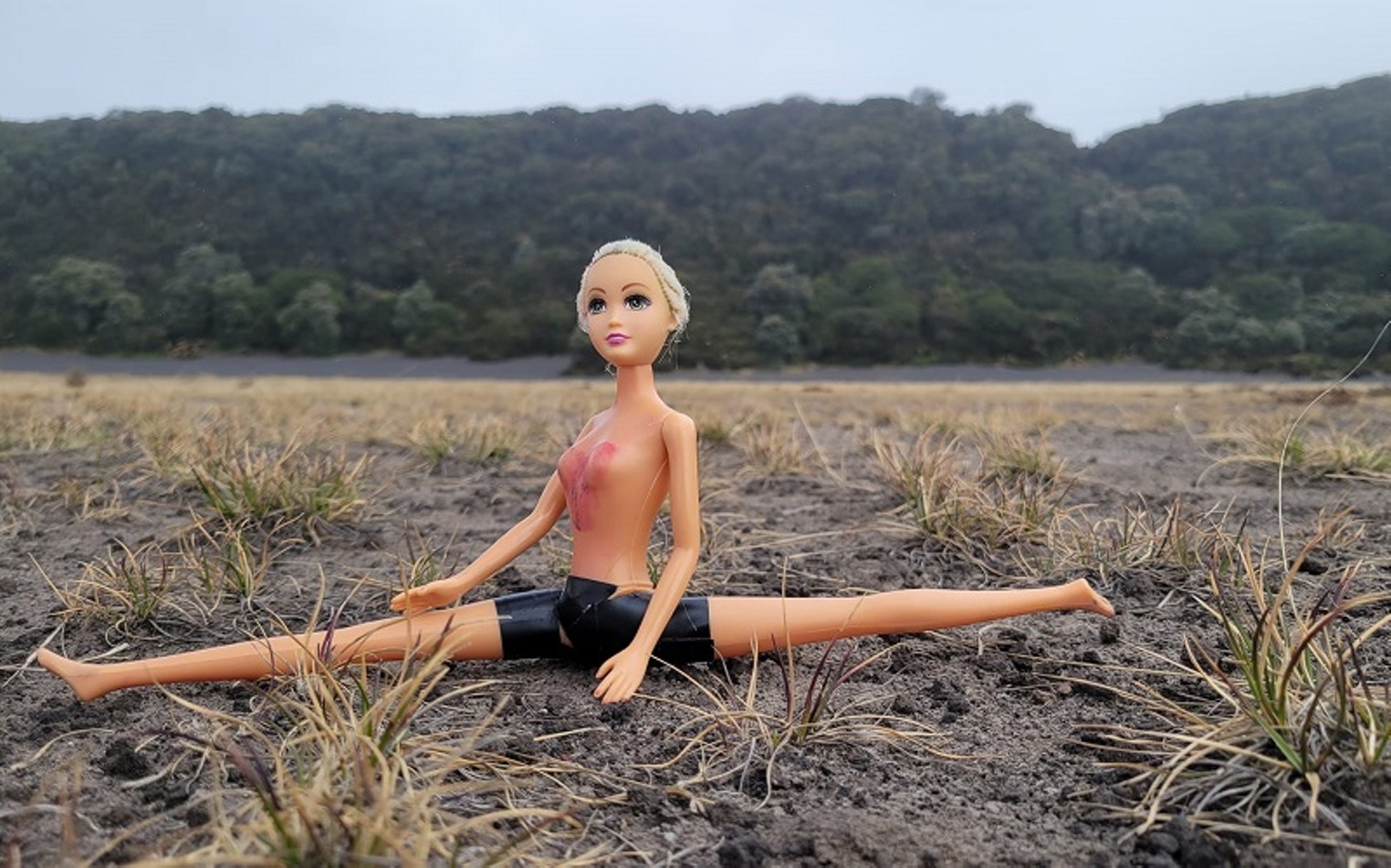 Barbie, the world famous doll and cultural icon, is looking to have a pretty good 2023 thanks to a massive movie starring Margot Robbie as the title character. However, there has always been a slightly broken side to the doll thanks to its history as a consumable intended for children. What happens to the glamorous Barbie when left to rot alongside the other toys and clothes found in a thrift store?

Discovering was the new passion project of Joaquín Vargas and Mandy Trichell aka urSek. Their series of photographs, titled Busted Babes, follows a set of decrepit Barbie dolls as they stumble into a life after the one promised on the doll boxes.

“It all started with a trip to Value Village,” says urSek. “I thought it would be fun to have a busted Barbie to go on trips and adventures with me, photograph her in various situations. We immediately hit the jackpot, found the first three dolls bundled up in a plastic bag for something like $3.Named them after Charlie’s angels – Jill, Kelly and Sabrina.Joaquín was living in Austin at the time, but he was visiting me.

“We took them back to her Airbnb in Montrose and did their first photo shoot there. From there, we collected more dolls and accessories from garage sales and thrift stores, including male dolls, and took them everywhere with us. The project is moving towards more focused manipulations and poses of the dolls, i.e. Joaquín just bought a light box and created abstract sculptures with some of the dolls , and organized them into “stories.”

Busted Babes will debut at Hardy and Nance as part of their 10×10 art exhibition. The show is a great opportunity for local artists to make their first appearances since there is only a $10 fee ($5 per additional piece) to get started. Vargas and urSek will show off their photography, though they hope to get into things like dioramas and other physical media in the future.

In the meantime, Busted Babes has a instagram And one oddly compelling TikTok channel. In a sharp parody of influencer culture, the dolls are posed, often seductively, to pop music. A recent video shows a doll being slowly crushed by a cogwheel while the theme of Jaws rooms. Instagram and TikTok are already turning people into props for the latest visual trend. Having the same kinds of online presences for the dolls, which are in terrible shape and barely holding on to their previous shine, says a lot about how we all happily turn into online content.

It’s not all politics and stuff, though. Vargas and urSek have a wonderful eye for framing when it comes to their dolls. They’re posed so well and filmed with such skill that it’s easy to mistake them for humans if you just scroll with a quick click as the algorithm dictates. It’s only when you stop and realize that these aren’t people that a deep discomfort with the way we all consume the human form these days sets in. good.