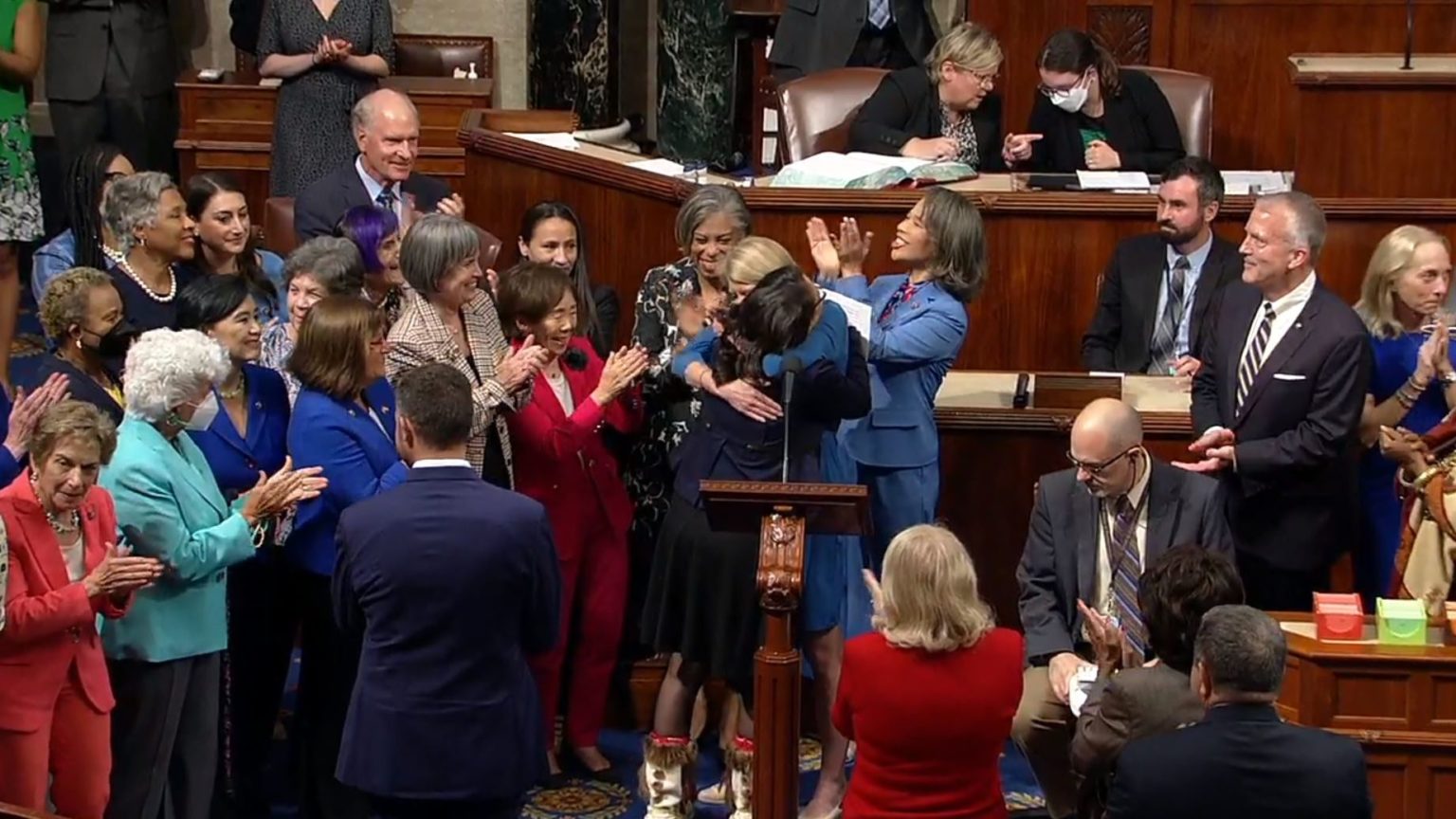 Alaska once again got a voice in the U.S. House of Representatives on Tuesday afternoon when Congresswoman Mary Peltola was sworn into the House to replace the late Rep. Don Young.

Peltola stood alongside two other special election winners in New York state as House Speaker Nancy Pelosi was sworn in. Then his family, friends, fellow representatives and the senses. Lisa Murkowski and Dan Sullivan cheered.

The following transcript has been lightly edited for clarity.

Casey Grove: Liz, how did it go?

Liz Ruskin: Well, that was pretty exciting. And I feel a little sorry for the other two new members of Congress from New York because they were really in Peltola’s shadow tonight. She gave a speech on the floor of the House. And this is what she said:

Marie Peltola: I am humbled and deeply honored to be the first Alaska Native elected to this body, the first woman to hold the Alaska House seat. But to be clear, I’m here to represent all Alaskans. I will work every day so that all Alaskans are proud to have entrusted me to carry their voice here.

Casey Grove: US Senators from Alaska, Lisa Murkowski and Dan Sullivan were there. I think I also heard a baby in the background. Who was this baby and who else was there?

Liz Ruskin: Well, first of all, I’d like to say that when Senator Murkowski walked into the room before this event started, she gave Peltola a big hug. It was really a warm welcome. The baby was probably one of Peltola’s two grandchildren who were present. In the gallery, she had seven children, including three stepchildren, two grandchildren, two sisters, and her husband, Gene Peltola. And there was also, when people stood in the gallery to applaud, you could see that many of them were wearing kuspuks. And one of them was Ana Hoffman, she’s the co-president of the Federation of Alaska Natives. She is also a childhood friend of Mary, they went to high school together in Bethel. And this is what she said afterwards:

Ana Hoffman: It is as if Mary brought to the American Congress a fullness that was missing. She brings here the native languages ​​of Alaska. It’s really – just as she was speaking, this thought that kept coming to my mind was, “The people’s house”.

Casey Grove: Going back to what Mary Peltola had said in the House, she acknowledges that she made history here as the first woman to represent Alaska in the House and the first Alaskan Native person to be elected to the Congress. But Liz, looks like she doesn’t want people to just focus on that, does she?

Liz Ruskin: Exactly. That’s what she says. She says she is more than her ethnicities. She often reminds people that while her mother is Yup’ik and she is a proud Yup’ik, her father was a white schoolteacher from Nebraska and she is also half white.

Casey Grove: Well, obviously it’s a long way from Alaska to Washington, DC and Mary Peltola has only been here a few days, right? What else has she been doing since coming to DC?

Liz Ruskin: Well, she made an announcement about her new staff. She is hired Don Young’s chief of staff like his. This is really unusual for Capitol Hill, as the staff usually sticks to one party. It’s very unusual for a staffer to leave a Republican office and go to a Democratic office — it’s very rare on Capitol Hill. She got the keys to her office, she has her whole family here for a big event. And I’m sure it took a long time. Also, by the way, when I last spoke to her, she was now staying at an Airbnb and wasn’t sure where she was going to be staying for the rest of the month.

Casey Grove: Yeah, that’s something to figure out for sure. You mentioned the seven children she had and the two grandchildren who were there. I noticed at this swearing-in ceremony which was after the official ceremony, she was kinda joking as they all got together for a picture and she said, ‘I hope you brought your panoramic objectives.”

Liz Ruskin: True, it was a very large crowd.

Casey Grove: Well, in a possibly more serious question, what did Peltola say about her priorities now that she’s taken office?

Liz Ruskin: She says she’s very aware that she’s serving the rest of Congressman Don Young’s term and wants to look at the legislation he had in the hopper and see if she can get those bills passed. She is also interested in passing (revisions planned by Young) the Magnuson-Stevens Act, the nation’s primary fisheries law. She says negotiations were successful between Don Young and the Democrat in charge of the subcommittee and she wants to continue that.

Chris Rice, former chairman of the Birmingham Water Works Board, tries to reverse his resignation