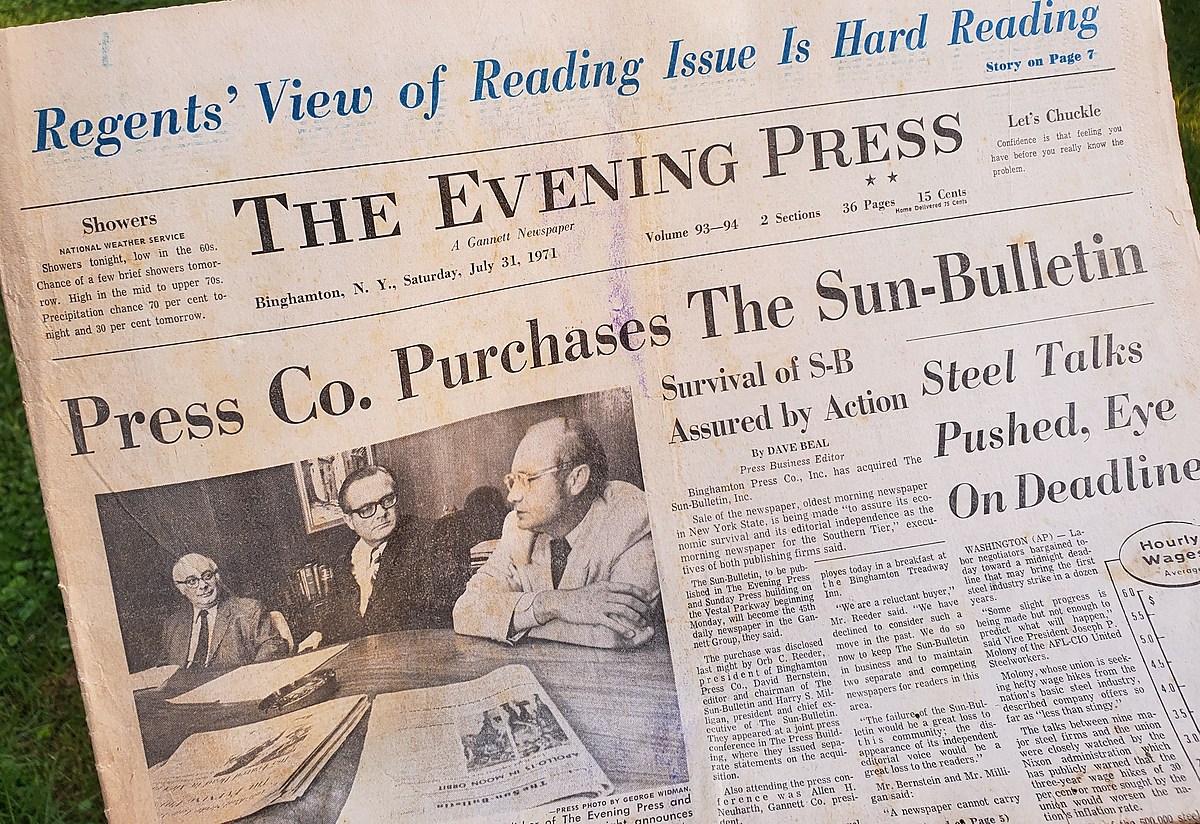 Gannett acquires “The Sun-Bulletin” in Binghamton

The Sun-Bulletin, a Binghamton tabloid newspaper, was purchased by Gannett’s Binghamton Press Company half a century ago.

The announcement of the deal was made at the Press Building in downtown Binghamton on a Friday evening.

According to The Evening Press, Binghamton Press Company chairman Orb Reeder said the purchase was made reluctantly “to keep The Sun-Bulletin in business and to maintain two separate and competing newspapers for readers in this field.” .

David Bernstein, editor of the Sun-Bulletin, said his company turned to Gannett when it became clear the smaller newspaper couldn’t survive on its own.

For 14 years, Gannett’s two morning and afternoon papers had separate press teams competing against each other even as they worked in the same building on the Vestal Parkway.

Eventually, Gannett consolidated the papers in a cost-cutting move. The afternoon publication of what was originally The Binghamton Press came to an end after more than eight decades. The Combined Press & Sun-Bulletin was launched as a morning newspaper on September 30, 1985.

Snapshots from the press and the Sun-Bulletin

KEEP READING: Scroll Down to See What Headlines The Year You Was Born

New Affordable Housing Program for Olmsted County to be Voted

Airbnb This Castle Cottage in the Adirondack Mountains – Robb Report